Economy to make mark in PM Erdoğan?s US visit

Despite the heavy political agenda, Turkish Prime Minister Erdoğan?s visit will also be an opportunity to catch up on economic issues like Turkey?s call for free trade talks and Iraqi energy disputes

US and Russia hopeful over Syria despite rifts

Despite backing opposite sides in the Syria conflict from the beginning

Erdoğan, Obama talks to be headlined by Syria crisis

The car bombs that killed more than 40 people last weekend in a town in southern Turkey are a reckoning for Prime Minister Recep Tayyip Erdogan.

Turkey’s Erdogan to push Obama on Syria after bombings

By Nick Tattersall WASHINGTON (Reuters) – Turkey’s prime minister will push President Barack Obama for more assertive action on Syria during a visit to Washington this week, days after car bombs tore through a Turkish border town in the deadliest spillover of violence yet. The bombings in Reyhanli, which killed 50 people on Saturday, and activists’ reports of a massacre of Sunni Muslims in a

Bombs jolt politics as Turkish PM leaves for US trip

PM Erdoğan heads for a crucial meeting with US President Obama, but not before trading barbs with opposition parties over political responsibility for the weekend?s deadly attacks in Reyhanlı

PM Erdoğan to get Syria briefing from Pentagon

As the president prepares to meet the prime ministers of Britain and Turkey, what are his options on the Syrian civil war?

Turkey: would not refrain from responding to Syria

REYHANLI, Turkey (AP) ? Prime Minister Recep Tayyip Erdogan said Monday that Turkey will “not refrain” from responding to twin car bombings it has blamed on Syria, but that his government will be cautious and avoid being drawn into its neighbor’s civil war.

What could Obama grant Erdoğan on the Syria matter?

Syria was already set to be the most significant agenda topic during Prime Minister Recep Tayyip Erdoğan?s

Arabs and Turkey see no role for al-Assad

Turkey ?should be involved in Europe-US free trade talks?

The ICC has opened a preliminary probe into Israel’s deadly raid on a Gaza-bound flotilla in 2010 to see if war crimes or crimes against humanity had been committed. 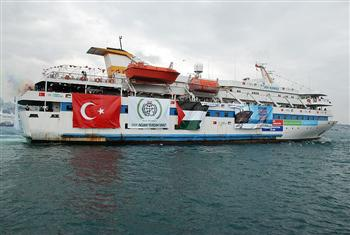