After bombings,Turkey says world must act against Syria

By Jonathon Burch REYHANLI, Turkey (Reuters) – Turkey accused a group with links to Syrian intelligence of carrying out car bombings that killed 46 people in a Turkish border town, and said on Sunday it was time for the world to act against the government of President Bashar al-Assad. The two car bombs, which ripped through crowded shopping streets in Reyhanli on Saturday, increased fears that

REYHANLI, Turkey — The Turkish authorities said Sunday, May 12, that nine people had been detained in twin car bombings a day earlier in southern Turkey that killed 46 people, as funerals were held for at least 20 of the victims in this town near the Syrian border 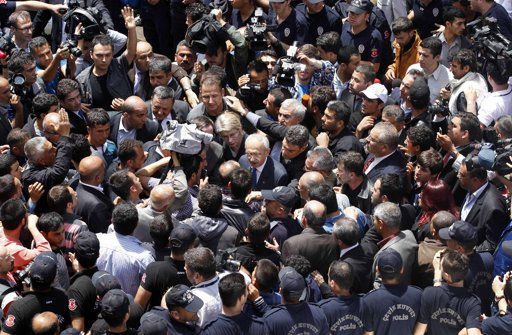 Turkey’s main opposition Republican People’s Party (CHP) leader Kemal Kilicdaroglu (C) is surrounded by locals as he visits the scene of one of the twin car bombings in the town of Reyhanli in Hatay .. 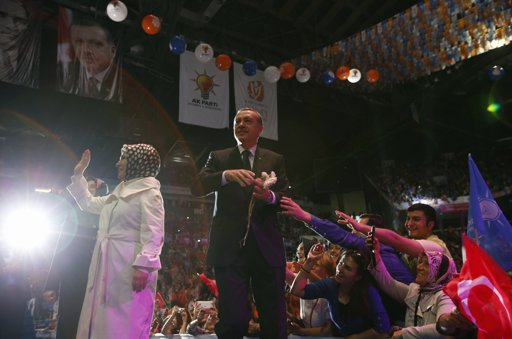 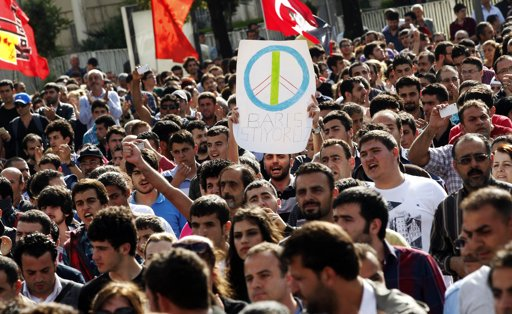 Protesters shout slogans against Turkey’s Prime Minister Tayyip Erdogan as they march during a demonstration against the Turkish government‘s foreign policy on Syria, in central Hatay May 12, 2013.

The death toll has risen in the twin car bomb attack on Reyhanlı in the southern province of Hatay..

ANKARA, Turkey (AP) ? Nine Turkish citizens believed to have links to the Syrian intelligence agency have been detained in connection with twin car bombings that shattered a Turkish border town, officials said Sunday, as Syria rejected allegations it was behind one of the deadliest attacks in Turkey in years.

Syria spills over into Turkey?

In a May 1 report on Syria, the International Crisis Group had join those who warn both the Turkish.

Both locals and Syrian refugees living in Reyhanlı have started to flee from the border town. 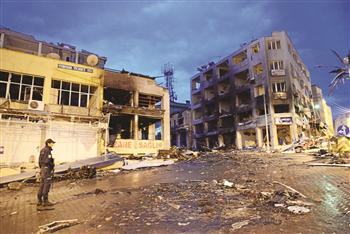 Turkish Prime Minister Tayyip Erdogan says he is waiting for an opportune moment to respond to border attacks that killed 46. Deborah Lutterbeck reports.

Syria and the politics of hypocrisy

The governmental circles? reaction to the recent Israeli strike on Syria can at best be defined as chutzpah..

Were the Reyhanlı deadly blasts a coincidence? Just the other day, though many questions remain