ANKARA, Turkey (AP) ? Turkey’s interior minister says the death toll in the explosions in a town across the border from Syria is around 40, according to private NTV television.

Deadly attacks in Reyhanlı might be linked with the Kurdish peace process, Erdoğan said. 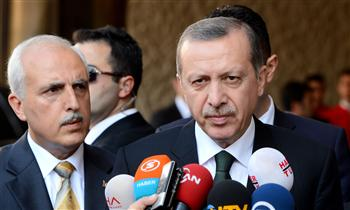 Two car bombs in town of Reyhani on border with Syria kill four and injure 18, according to Turkey interior minister

A deadly attack in a Turkish border town earlier today is not a coincidence, Davutoğlu said.

Four separate explosions have hit the southern province of Hatay?s Reyhanlı district on the Turkish-Syrian border. At least four people were killed. 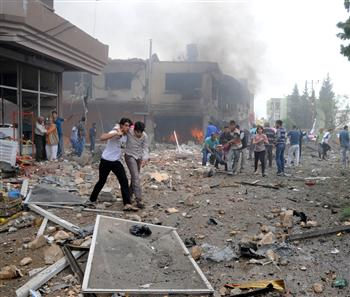 Kurdistan Workers’ party: is the war really over? | Editorial

After 30 years of conflict, the difference this time is that the ground for peace has been assiduously cultivated

It is not often one can say without hesitation that conflicts are on their way to being resolved, but on Wednesday in one part of the world that is exactly what happened: as scripted in the peace process, PKK fighters began withdrawing from the mountains in south-eastern Turkey. It is not the first time in the last 30 years of warfare that this has happened. Ceasefires have fallen apart before with bloody consequences.

The Wise Persons commission established to gather public support to the ongoing Kurdish peace process has given its first report to Prime Minister Erdoğan.

The resolution process and AK Party

The story of the AK Party?s involvement in the Kurdish issue is unprecedented in Turkish political history.

Armed Kurdish group to begin withdrawing its forces as negotiations with Turkey continue despite political divides.

In a landmark first step, thousands of militant Kurdish fighters of the PKK are pulling out of Turkey and into northern Iraq. There’s cautious optimism about the process, which has failed before. Kurds say unless Turkey reforms its policy toward Kurds, the militants won’t disarm completely.

Constitutional change and the Kurdish problem

These days, the PKK will be gradually withdrawing its militants. This process is expected to last until September

A draft clause on the freedom of religion and conscience reading, ?Nobody can be prohibited from fulfilling. 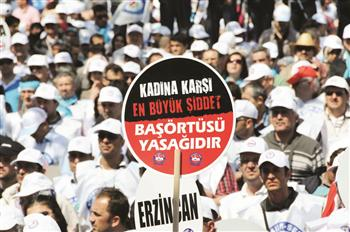 The four-party Constitution Conciliation Commission in Parliament, tasked with writing a new Constitution.

There is no need to question the outlawed Kurdistan Workers? Party?s (PKK) will for.