Similar to US Presidential Historians, Re-evaluating the Bush Legacy

Austin, TX.  April 25, 2013  ?  The official opening of the George W. Bush Presidential Library at Southern Methodist University, has prompted US presidential historians to re-evaluate the Bush 43 term in office.  The Gallop organization has noted his highest approval ratings since Katrina.

A guide to the Tsarnaev brothers’ circle of associates 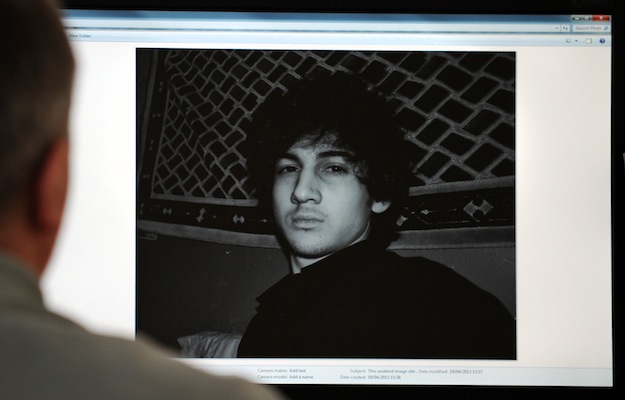 Did they act alone? How did they become radicalized? Those are the lingering questions surrounding Boston bombing suspects Tamerlan and Dzhokhar Tsarnaev, and investigators are zeroing in on their friends and associates for answers

After the Tragedy in Boston, More Government Surveillance is Not the Answer

from EFF.org Updates by Cindy Cohn and Trevor Timm

Since the tragedy in Boston three weeks ago, there has been much talk in the media and political circles about technology that helped capture the suspects, the role of surveillance, and the critical issue of how privacy should be handled in the digital age. Yet the public facts known so far do not call for new governmental surveillance powers or tools.  Instead, the investigation supports the conclusion that the government?s current actions did not cross the Fourth Amendment line, and complying would not harm future terrorism investigations.