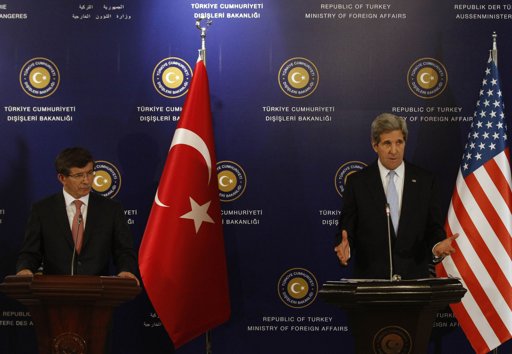 ISTANBUL (AP) ? Wrapping up a 24-hour visit to Istanbul, U.S. Secretary of State John Kerry on Sunday sought to cement and speed up an improvement in relations between Turkey and Israel as well as explore new ways to relaunch Mideast peace efforts.

Turkey has hailed the agreement reached by Serbia and Kosovo on April 19, in a statement that described it ‘as a historic deal’.

from NYT > Turkey by By SEBNEM ARSU and JODI RUDOREN

The relatives of the nine people killed in Israel?s raid on a Turkish-led flotilla to Gaza in 2010 also said that they would not drop their lawsuits against those involved in the raid. 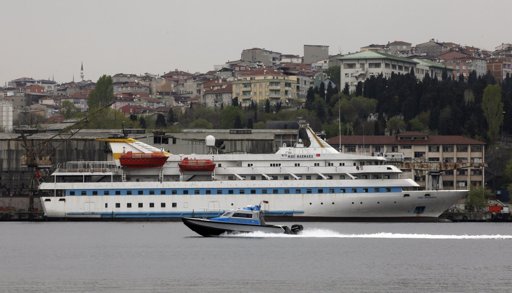 The Turkish-owned cruise liner Mavi Marmara is seen under maintenance at a shipyard in Istanbul April 21, 2013. An Israeli delegation will visit Turkey for the first time in three years in another sign of thawing relations since the U.S. brokered a breakthrough in March, but any further advancement in ties was expected to be incremental. Israel apologised to Turkey over the killing of nine Turks in a 2010 naval raid on a Gaza-bound flotilla, which included the Mavi Marmara, and the two agreed to normalise relations in phone calls arranged by U.S. President Barack Obama on his recent trip to Israel. Monday’s visit by the Israeli delegation, led by an adviser to Prime Minister Benjamin Netanyahu, will focus on the question of compensation to the families of those killed by Israeli marines aboard the Mavi Marmara three years ago. REUTERS/Murad Sezer