Who?s next in line in the eurozone crisis? Portugal and Slovenia are the prime candidates

In anticipation of tomorrow’s eurozone finance ministers meeting (which will discuss finalising the Cypriot bailout and potentially extending the bailout loans given to Portugal and Ireland) Open Europe has published a new briefing looking at who might be next in the eurozone – our prime candidates are Portugal (for the second time) and Slovenia.

The Eurocrisis and Industrial Relations

That the Eurocrisis has changed industrial relations in Europe is the understated conclusion of the Commission’s new paper, Industrial Relations in Europe 2012. The report comes from the DG for Employment, Social Affairs and Inclusion, headed by Commissioner László Andor, and focuses on:

From heart attacks to maternal care: the human cost of austerity in Greece

In Greece, austerity has caused more than just tear gas usage to rise. Heart attacks have spiked in the republic, in line with the economic crisis in the Eurozone.

Cyprus: Bailed out or broken

The cost of the bailout for Cyprus has increased to 23bn euros, according to a draft document prepared by the country’s creditors.

Eurozone finance ministers meet in Dublin to finalise a bailout for Cyprus amid news that the country needs more money than first thought.

No Country for Wise Men

From PM Monti’s technocracy to President Napolitano’s ten ?wise men?, Italy is increasingly turning to technical expertise in an attempt to awaken from its political lethargy. But a government of wise men is no reflection of a healthy education system. The rise (and fall) of Italy’s technocrats only hides the chronic frictions between the country’s political class and its educated ? and forgotten ? youth.

Squeezing the poor out of London

From April 2013 major changes to benefit provision in Britain will likely change both the social and spatial make-up of our cities. The squeezing out of poorer residents from London and elsewhere, raises an important question: exactly who has the ?right? to the city in contemporary Britain?

The Euro crisis, the UK and the City of London

While Cypriot bank deposit holders are in pain, Greece is still recovering, Spanish banks are struggling to survive and the whole Eurozone banking system is at stake, British chancellor George Osborne has tried up til the last minute to avoid the EU cap on banks bonuses reached some days ago in Brussels. As predicted, he did not succeed.

from Ideas on Europe by PoliticsatSurrey

Having already spent some time this week discussing Thatcher and the EU, there is a temptation to revisit the topic as part of the on-going efforts by (seemingly) every political commentator in the country to appropriate her memory. However, such obsessing with the past is a big part of the British dysfunction when it comes to European integration, so instead I will try to look forward.

At Friday?s gathering of eurozone finance ministers in Dublin, the so-called eurogroup is expected to give a ?political endorsement? of the details of Cyprus? ?10bn bailout programme, according to a senior EU official.

Ahead of that meeting, documents related to that sign-off have begun to leak out, including the always-interesting ?debt sustainability analysis? (which Brussels Blog got its hands on and posted here) and an equally intriguing document titled ?assessment of the actual or potential financing needs of Cyprus?, which we?ve alsoposted here.

Poland’s role in hosting a CIA “black site” is now certain. Whether the government will voluntarily admit it is another matter.

10 things that David Cameron should NOT say to Angela Merkel 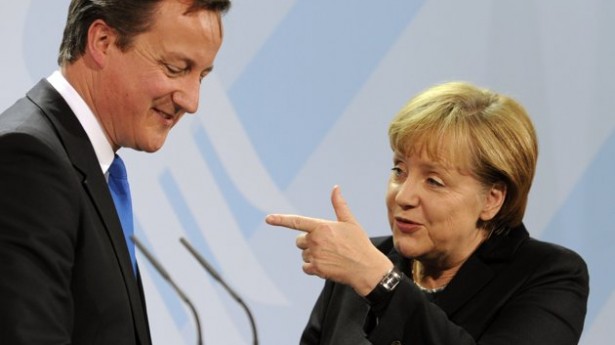 UK PM David Cameron is today meeting German Chancellor Angela Merkel, as part of British efforts to explain to EU partners the thinking behind Cameron’srecent EU speech. As we’ve argued repeatedly, this is the UK’s most important bilateral relationship in Europe. So what could Cameron tell Merkel to convince her that his vision of Europe is worth investing in? Well, see here and here for some suggestions.

Independence of judiciary ? a case againts Hungary before the ECtHR

from Blogactiv by Europe of Human Right

Luxembourg plans to begin passing information on the interest earnings of bank depositors in its territory to their home countries as of 2015. Prime Minister Jean-Claude Juncker announced on Wednesday that his country wants to join in in the battle against money laundering and tax evasion. Luxembourg is bowing to the international pressure that has intensified after the Cyprus crisis and offshore leaks, some commentators say. Others predict that the tiny country with a huge bank sector will enhance its status as a legal tax haven with the move.

Third term for Commission president is one too many (Opinion)

The five-year mandate of the present European Commission President expires 31 October 2014. Contrary to the restrictive provisions concerning the president of the European Council and the members of the Court of Justice, the EU Treaty is silent over the possibility of reinstating the Commission’s presidents and members, writes Eberhard Rhein.

A European Solution to the Eurozone’s Problem

from Reset Dialogues on Civilazations

My objective in coming here today is to discuss the euro crisis. I think you will all agree that the crisis is far from resolved. It has already caused tremendous damage both financially and politically and taken an extensive human toll as well. It has transformed the European Union into something radically different from what was originally intended. The European Union was meant to be a voluntary association of equal states but the crisis has turned it into a creditor/debtor relationship from which there is no easy escape. The creditors stand to lose large sums of money should a member state exit the union, yet debtors are subjected to policies that deepen their depression, aggravate their debt burden and perpetuate their subordinate status.

The facts, the myths and the framing of immigration

from Eurozine articles by Kenan Malik

Today, the same arguments once used against Jews, and then against South Asian and Caribbean immigrants, are now raised against Muslims and east Europeans. However, Kenan Malik finds some comfort in reviewing the facts of the matter. He then tackles the illusions.

Cyprus’ unique political culture, as well as its relationship with Russia, played an important yet underappreciated role in the island’s recent economic crisis.

King of Spain’s Swiss Bank Accounts No Longer a Secret

In the last few months, numerous scandals have been uncovered in Spain that reveal the extent to which its business and political elite have been pillaging the country’s assets and moving the profits to tax havens in which this ill-gotten money remains hidden and idle. At the same time, several scandals [es] have hit the monarchy, causing people to look askance at an institution that until the start of the crisis was mostly well respected in the country.

Are Cypriots really wealthier than Germans? And is there some great hidden wealth that southern Europe can tap into?

Yesterday, the ECB released its first survey on household wealth, which produced some surprising results ? not least that Germany (on paper) seems to have one of the lowest levels of median wealth, below that of bailed out countries such as Cyprus and Greece. With the German anti-bailout mood on a high, this kind of stuff is poltically quite explosive – and it was all over German press this morning.

Portugal’s Minister of Finances Vítor Gaspar on Monday ordered a freeze on all unplanned spending by ministries and government authorities after the country’s Constitutional Court rejected parts of the Portuguese austerity programme. Portugal needs help from its European partners in the search for alternative austerity measures, some commentators write. Others believe that only growth policies can now save the country.

Europe poised between union and hegemony

French and German overriding of the European Commission over the Stability Pact can be seen, ten years later, to have been disastrous. A vision more powerful, more engaging, more profound than ?common interest? is now required if Europe is to survive, and divided Cyprus is a test case.

Italy, where nothing is where it should be

Without a government at Palazzo Chigi, Italy?s politics has been displaced. And as the ?Offshore Leaks? scandal has revealed, the country?s economy has meanwhile moved to tax havens.

The cyclopean UK government refuses to consider European level democracy. Like a weathervane prime minister David Cameron again found a pretext to abort a European tour, but he had already sent an advance message of a flexible Europe (nothing to do with cherry-picking), while the eurozone deepens integration through eventual treaty change (Irish Independent). Read: Cameron’s aborted Europe mission

Corruption, fear and silence: the state of Greek media today

Independent journalism is up against a system that knows that it is in mortal danger from disclosure and will do anything it needs to survive.

Beyond the ghost town

The collapse of Spain’s property-led economy stands to highlight the intense yet fraught relationship between capital and the built environment in times of economic crisis.

Clinical Trials in the European Parliament

Well, it?s been a long time since my last post but I have not been neglecting the subject of science and medicine. I have been following the progress of the European Commission?s proposed regulation to revise the Clinical Trials Directive, and have just published an article on the subject in Euractiv, which you can find here.

?Fiscal optimisation? and the crisis of EU democracies

from Blogactiv by Florian Pantazi

After more than four years of misguided austerity policies, the sharp economic downturn is about to claim its latest victims ? Europe?s democracies.

Brussels warns on Spain and Slovenia

The European Commission has warned that Spain and Slovenia must quickly address the “imbalances” in their economies.

This post is part of our special coverage Europe in Crisis.

Portugal’s Constitutional Court has struck down [pt] austerity measures considered necessary by the government to meet the conditions of its 78-billion-euro (101 billion US dollars) bailout program, opening a gap of 1.3 billion euros in the country’s 2013 budget.