?Gate to Hell? in Turkey Found by Archaeologist

‘Gate to hell’ in Turkey found: Researchers said recently they found the so-called “gate to hell,” which was described in ancient Greek and Roman mythology, in Turkey . 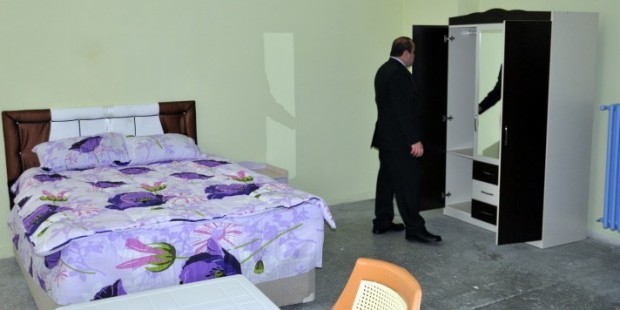 One third of Turkish women feel unsafe, uneasy on street

First online university to be set up in Ankara

Three universities in the capital city of Ankara join forces to form the country?s very first virtual university. However, some clasess, like medicine or denstistry labs, will be held at physical classes

An administrative court in the inner Aegean province of..

Faithful on hajj waiting list to go on pilgrimage in 2014: Top Turkish cleric

People who have been waiting for the past seven years to make the hajj from Turkey will be granted.

Gay Rights: Where is Turkey Heading?

German Marshall Fund of the United States, March 28, 2013 Diba Nigar Göksel * The realities and debates of the rights of lesbian, gay, bisexual, and transgender (LGBT) persons reflect the clashing social, political, and geostrategic trends in Turkey. While more openness, awareness-building, and concrete demands are rising from some segments of society, these are