Two problems: Who can be the Wise People? And Who will choose them?

In information leaked by Ankara sources to the press, the peace plan announced March 21 between the Turkish AKP government and Abdullah Ocalan, imprisoned leader of the Kurdish PKK, is to proceed in three stages with implementation expected to be complete by local elections in March 2014. Stage 1: disarming of PKK militants (about 1500) and withdrawal from Turkey; Stage 2: Legal and political management of this process; Stage 3: Normalization, including the reintegration of former PKK rebels into society.

from NYT > Turkey by By ANDREW FINKEL

Turkey?s prime minister is making good progress negotiating with Kurdish militants. Now he needs to convince his own constituents that compromising means peace, not defeat.

Atatürk’s aphorism on Turkishness replaced with one promoting peace

Turkish President Abdullah Gül says that the disarmament of the outlawed PKK militants is the essence of the ongoing peace process.

The Turkish government has started to draft its scenarios in order to take further steps to realize.

A Kurdish Spring on Many Fronts

from NYT > Turkey by By HARVEY MORRIS

An anticipated truce between Turkey and Kurdish rebels could mark the latest advance for the largest nation in the world without a state of its own.

?The only way to truly protect the Israeli people is through the absence of war. Put yourself in their shoes..

PM Erdoğan?s word is enough to guarantee a safe PKK walkout from the country..

Turkey ‘s government is planning to establish a consultative body to oversee the ongoing peace negotiations with the outlawed Kurdistan Workers’ Party, the prime minister says.

Three or four ?wise men? commissions, each comprised of seven representatives of civil society, could be formed to guide the ongoing peace process.

The people of Turkey are digesting the historic statement from jailed rebel leader Abdullah Ocalan, who called for a PKK ceasefire on March 21. The?

Analysis: Turkey and PKK on the road to peace

Let all the oppressed have a free and happy Newroz!

Greetings to all peoples of Middle East and Central Asia who celebrate newroz, the day of revival and rejoice, with the greatest participation in the world?

Greetings to all other peoples of the world who celebrate newroz, the landmark of a new era and sunshine, with enthusiasm and a democratic tolerance.

Why does Turkey need a new constitution and what makes it so difficult to draft one?

The Secretary General of the Organization of Islamic Cooperation (OIC), Ekmeleddin İhsanoğlu, has welcomed the call for a cease-fire..

Singing in Kurdish And Other Good Tidings

There?s so much good news in a row that it?s giving me vertigo. First, the Turkish government and the PKK call for an end to their long, vicious war. Then Israel makes up with Turkey by apologizing for the Mavi Marmara incident. And now, oh the irony, the Turkish government has kindly offered the financially ruined Greek Cypriots the opportunity to join the Turkish Lira Zone, should they be booted out of the Euro Zone.

Turkey?s fledgling efforts to give peace a chance has taken a crucial turn on Nevruz day with a tremendous crowd..

KCK Executive Council Chair Murat Karayılan declared an official ceasefire with Turkey yesterday, adding that they were ready to withdraw from Turkey depending on Turkish administration’s response to the ongoing peace efforts.

Is a ?Wise Men Commission? being formed?

While Prime Minister Recep Tayyip Erdoğan was answering the questions of journalists during his Netherlands.. 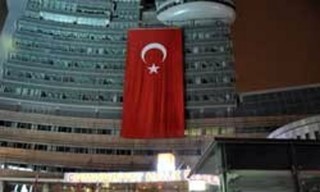 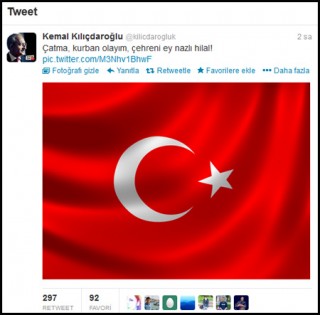