Thanks to Syria, it seems that Turkey and Israel can finally alleviate tension…

The EU?s negotiations, or rather non-negotiations with Turkey, turned out to be tricks, jeopardising the EU?s reputation and respectability. What the Germans and others don?t seem to realise is that they expect more from Turkey than they do from themselves, writes Dr. Petra Erler.

After two major breakthroughs in less than a week ? an accord to end a three-year squabble with Israel and a landmark step by a jailed Kurdish leader to settle?

Israel apologises to Turkey for any errors that resulted in the deaths of nine activists during the raid on a flotilla bound for Gaza in 2010.

Israel and Turkey’s recent rapprochement is a vital factor in developing peace.

Behind Scenes of Israel- Turkey Deal

The U.S. helped bring an end to a three-year feud between Israel and Turkey , but Obama didn?t broker the deal. Eli Lake reports.

JERUSALEM (AP) ? Israel and Turkey agreed to restore full diplomatic relations on Friday after Prime Minister Benjamin Netanyahu apologized in a phone call for a deadly naval raid against a Gaza-bound international flotilla in a dramatic turnaround partly brokered by President Barack Obama.

President Barack Obama brokered a diplomatic reconciliation between key Middle East allies Israel and Turkey at the end of his visit to the Holy Land, thawing tensions that have complicated U.S. efforts to cope with regional issues including Syria’s civil war.

Behind President Obama?s surprise brokering of a mending of ties between Israel and Turkey Friday stands a deepening regional crisis ? namely Syria ? that suddenly trumped the dispute that had soured relations between two key US partners.

By Jeffrey Heller JERUSALEM (Reuters) – Israel apologized to Turkey on Friday for killing nine Turkish citizens in a 2010 naval raid on a Gaza-bound flotilla and the two feuding U.S. allies agreed to normalize relations in a surprise breakthrough announced by U.S. President Barack Obama. The rapprochement could help regional coordination to contain spillover from the Syrian civil war and ease

The normalization of ties with Turkey will not affect Israel?s relations with Greece, Israeli Prime

President Barack Obama brokered a diplomatic reconciliation between key Middle East allies Israel and Turkey at the end of his visit to the Holy Land, thawing tensions that have complicated U.S. efforts to cope with regional issues including Syria’s civil war.

From Prime Minister Olmert’s pursuit of Turkey ‘s help with direct talks with Syria, to the rapid deterioration in relations that followed the 2010 raid on the Gaza-bound flotilla, Haaretz brings you key events that shaped the ties between Israel and Turkey .

ANKARA (Reuters) – Turkish Foreign Minister Ahmet Davutoglu said on Friday all of Turkey ‘s fundamental demands had been met with an apology from Israel over the killing of nine Turkish citizens in a 2010 naval raid on a Gaza-bound flotilla. In a telephone call with his Turkish counterpart earlier on Friday, Israeli Prime Minister Netanyahu apologized for the killings and said Israel would pay

With the Apology, All Stars and Suns Are Aligned. But Is It For Peace or War? 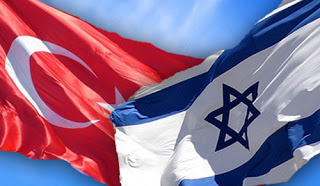 Israel?s U.S.-mediated apology from Turkey to mend relations after the Mavi Marmara incident is widely regarded as a ?victory? in the Turkish media.

The recent breakthrough in Turkish-Israeli relations was met with relief by some Israeli officials, especially those who contributed to efforts.

Now that Israel has issued a formal apology to Turkey. 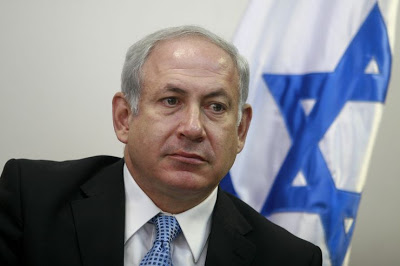 ‘This is just the beginning,? says Obama about Israel’s apology

“This is a work in progress. It’s just the beginning,” said U.S. President Barack Obama.

“Turkey’s basic demands have been met; we got what we wanted,” Turkish Foreign Minister Ahmet Davutoğlu said..

The European Union and NATO welcomed Israel’s apology to Turkey..

The European Union and NATO welcomed Israel’s apology to Turkey

Apology a political and diplomatic success for Turkey: Operator of Mavi Marmara

Israel’s formal apology over the Mavi Marmara raid is a political and diplomatic success, the head of the foundation.

Barack Obama has persuaded Israel to apologise to Turkey for the loss of nine lives on board the Mavi Marmara ? the lead ship in an aid flotilla trying to breach the blockade of Gaza ? in a deal that paves the way for diplomatic relations to be restored between the two countries.

With Obama as Broker, Israelis and Turkey End Dispute Over Ship Raid

The New York Times (USA) Saturday, March 23, 2013, p. A 1 By Jodi Rudoren and Mark Landler * Jerusalem ? Under persistent prodding from President Obama, Israel and Turkey resolved a bitter three-year dispute on Friday with a diplomatic thaw that will help a fragile region confront Syria?s civil war, while handing the president

In Bosnia, Turkey brings back a gentle version of the Ottoman Empire

The European Union must preserve its solidarity and come up with a fairer system, Turkish Deputy Prime Minister Ali Babacan said.

Erdogan: No quick restoration of ties with Israel

ANKARA, Turkey (AP) ? Turkish Prime Minister Recep Tayyip Erdogan suggested “normalization” of ties with Israel would take time, hinting that Turkey wanted to ensure the victims of a flotilla raid were compensated and Israel remained committed to the easing of restrictions of goods to Gaza before relations are restored between the two nations.

With Obama as Broker, Israelis and Turkey End Dispute

Israel?s apology for errors in a 2010 raid on a ship bound for Gaza thawed relations with Turkey and gave President Obama a solid achievement as he closed out his Middle East visit.