Tim Berners-Lee: The Web needs to stay open, and Gopher’s still not cool.

from Boing Boing by Rob Pegoraro

from social media vb by rohnjaymiller
Three social networks are wrestling with very different types of user context–who is doing what when and for what reason? Path, nextdoor.com, and LinkedIn’s new LinkedIn Today content play offer very different views into the challenges of starting and building a useful, desirable social network. At SXSW leaders from these networks discussed their differences–and similarities–understanding and building for their users.

Austin Chronicle on Aaron Swartz and the future of computers

from Boing Boing by Cory Doctorow
Happy Mutant (and EFF-Austin co-founder) Jon Lebkowsky has a great piece in the new Austin Chronicle about Aaron Swartz, privacy, copyright, and the future of computers:

Wednesday, Representatives Zoe Lofgren (D-Calif.), Ted Poe (R-Texas) and Suzan DelBene (D-Wash.)introduced legislation (H.R. 983) that would ensure law enforcement obtains a warrant before accessing our private electronic communications or location data. This bill, while not a complete fix, is trying to provide a much-needed update to the Electronic Communications Privacy Act (ECPA) of 1986. Though forward-thinking when it was first introduced, ECPA unfortunately was written for the technologies of the 80?s ? long before the advent of cloud storage, modern webmail, and location-aware tablets and phones. ECPA?s outdated language has left loopholes which the government has attempted to exploit by arguing that they can access your old emails and documents you store in the cloud without going to a judge and getting a court-issued warrant.

A Tale of SimCity: Users Struggle Against Onerous DRM

from EFF.org Updates by Parker Higgins
It was the best of times, it was the worst of times, for the latest installment in the popular SimCity video game franchise, which was released this week to massive sales, and then just as quickly, an epic fail as the paying customers were unable to play the game they just bought. The culprit isn’t the game itself, which by most accounts is pretty good; no, the problem is the game’s DRM scheme.

What Teens Get About the Internet That Parents Don’t

from Mashable! by The Atlantic

How Using Twitter Can End Your Political Campaign in Russia

from Global Voices Online by Kevin Rothrock
Earlier this week, a judge in Krasnodar disqualified [ru] a politician running for city council, after determining that his campaign materials infringed on the copyrights of three popular Internet social networks: Twitter, Facebook, and Vkontakte. What exactly was this man?s crime? He ran a black-and-white newspaper advertisement that included the three websites? logos, indicating that voters could find more information about his campaign online. (He was also convicted of baiting voters with implied promises of free legal aid.)

The GitHub Generation: Why We’re All in Open Source Now

from EFF.org Updates by Rainey Reitman
Facebook has announced that it?s teaming up with four of the world?s largest corporate data brokers to ?enhance? the ad experience for users. Datalogix, Epsilon, Acxiom, and BlueKai obtain information gathered about users through online means (such as through cookies when users surf the web) as well as through offline means (such as through loyalty cards at supermarkets and product warranty cards)1.  Through the new relationship with Facebook, companies will be able to display advertisements to Facebook users based on data that these data brokers have on individuals. 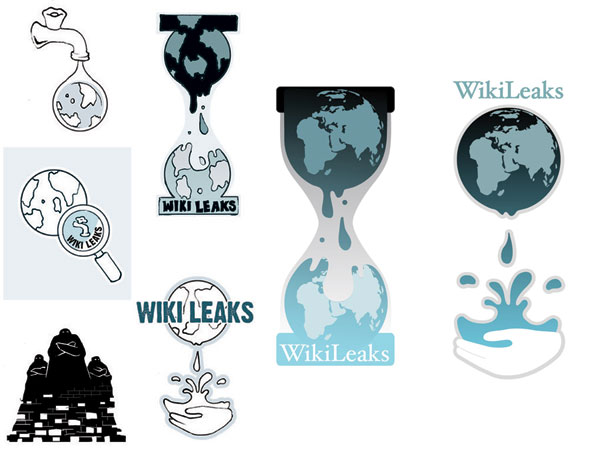 A deep dive into Facebook?s News Feed redesign: Success, and only a few party fouls

from TorrentFreak by Ernesto
It is no secret that the MPAA was one of the instigators of the Megaupload investigation, which ultimately led to the shutdown of the company January last year.

Attorney General: Aaron Swartz Case Was a ?Good Use of Prosecutorial Discretion?

from Bilişim Hukuku Günlüğü by leyla keser berber
Attorney General Eric Holder on Wednesday said the suicide death of internet activist Aaron Swartz was a ?tragedy,? but the hacking case against the 26-year-old was ?a good use of prosecutorial discretion.?

10 Digital Dos and Don’ts for the New Pope

Vatican Library rings in 2.8 petabytes of storage to digitize its archive of 80,000+ manuscripts

from The Official Google Blog by Emily Wood
Our users trust Google with a lot of very important data, whether it?s emails, photos, documents, posts or videos. We work exceptionally hard to keep that information safe?hiring some of the best security experts in the world, investing millions of dollars in technology and baking security protections such as 2-step verification into our products.

Wikipedia and libraries: a match made in heaven

from Boing Boing by Cory Doctorow
John Mark Ockerbloom’s “From Wikipedia to our libraries” is a fabulous proposal for creating research synergies between libraries and Wikipedia, by adding templates to Wikipedia articles that direct readers to unique, offline-only (or onsite-only) library resources at their favorite local libraries. Ockerbloom’s approach acknowledges and respects the fact that patrons start their searches online, and seeks only to improve the outcomes of their research — not to convince them not to start with the Internet.

from Mashable! by Beth Blecherman

Online aggregation in the ‘mass web’

from open Democracy News Analysis – by Paolo Gerbaudo
Amidst the ruins of the global economic crisis, the rise of aggregation as the master frame of online interactions, and the adoption of liking as a means to subscribe to collective identities, points to the emergence of a new culture of collectivity which we should welcome and embrace.