from open Democracy News Analysis – by Patrice de Beer
How could someone be more European than Hessel by origin, shared culture and values – his cross-border, supranational vision making us ashamed of our weaknesses, our lack of vision and courage ?
Stéphane Hessel, who died in Paris on Wednesday, February 27, 2013, and was born in Berlin in 1917, the very month the Russian Revolution started, was probably the last of the great Europeans.

France, UK appear headed for about-face on campaigns in Africa

by EU-Digest
Not long after France sent soldiers to Mali to prevent what was becoming a militant Islamist rout of that country’s forces, the talk in London was of a “new front in the war on terror” in North Africa, led by the United Kingdom and Europe taking the place of an increasingly hesitant United States.

from Hurriyet Daily News
Ten months into his mandate, President Francois Hollande scored the worst of any French president..

Well, it was probably only a matter of time: a German anti-euro party has just come onto the scene.

From Monti, a warning to France?and others

Pro-lifers claim abortion is holding the Swiss economy back 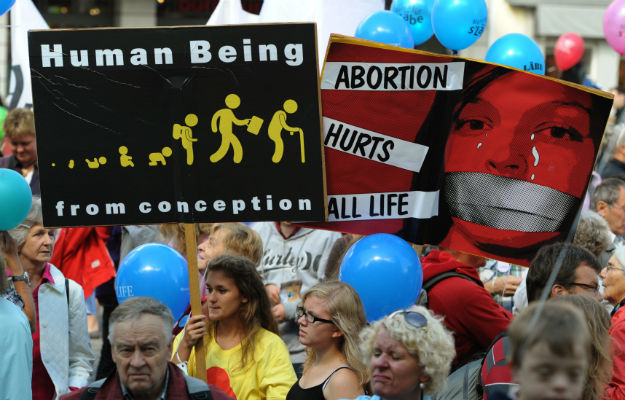 from euro|topics
Pope Benedict XVI bid farewell to believers in his last general audience on Wednesday before stepping downtoday. Some commentators observe that Benedict has left many problems unsolved. Others are impressed by the energy he has put into restoring the credibility of the Church in his last days in office

And the winner is… Reflections on post-electoral politics in Italy

from open Democracy News Analysis – by Carlo Ungaro
With no clear winner emerging out of the election, a new era of uncertainty opens for Italian politics. How can the country get out of the post-electoral impasse?

Italian Elections: Uncertainties Ahead for Italy and Europe

from Global Voices Online by Ruslan Trad
Protests continue in Bulgaria for 20 days without stopping. In the latest major protest, on Feb. 24, more than 200,000 people took to the streets of the biggest cities in the country ? Sofia, Plovdiv and Varna. Their demands against monopolies in the energy sector and revision of the political system remain unfulfilled. Bulgarian President Rosen Plevneliev, speaking on Feb. 28, said he would create a caretaker government formed with the participation of civil society organizations. But the protests continue ? on March 3, Bulgaria’s National Day, there will be new rallies.

The New Political Geography of Europe

from Docuticker
Source: European Council on Foreign Relations From the Introduction: The euro crisis has revolutionised politics across Europe. Established political parties are fighting for their lives; countries that thought of themselves as part of the European core are finding themselves on the periphery; and a huge gulf has emerged in the core

from Global Voices Online by Tibor Blazko
When at the end of 2012 thousands of Slovak teachers went on nationwide strike, demanding a 10-percent pay rise, they ended up getting only about 5 percent ? along with the Education Minister’s explanation that ?if there was money in the state treasury box, teachers would get as much as 20 percent.?

Could the UK be asked to contribute to a Cypriot bailout?

As we have noted before, the potential impact of the Cypriot bailout has the capacity to extend well beyond what would be expected of a country accounting for only 0.2% of eurozone GDP.  This impact is now also lapping at the UK shores.

Whistleblowing in the UK – in part, it really is about culture

from open Democracy News Analysis – by Julien Etienne
The Mid Staffs scandal asks a number of serious questions about failures to raise the alarm over standards of care. Yet even without legislation, other countries have a much better record on whistleblowing – why?

from euro|topics
A clear majority of Swiss voted in favour of the so-called “fat cat initiative” in a referendum held on Sunday. In future shareholders are to have the final say regarding the remuneration of top managers, which will limit extremely high salaries and bonuses. Some commentators call the vote a victory against arrogance and greed. Others fear that national provisions cannot replace a global regulation.

from A Fistful Of Euros » A Fistful Of Euros by Brent Whelan
It?s been less than a week since the cataclysmic vote counts came in, but somehow it feels as though we?ve lived through an entire season of some new psychodrama. Or, recalling how the sequence began with Monti?s technocratic government falling to the tune of Lohengrin, are we perhaps trapped in a little-known Verdi opera? Allow me to offer a synopsis:

How do you defend a small country?

How does our prediction on Spanish regions’ deficit stand up?

by Open Europe blog team
Last July, we put together this ‘traffic light table’ of Spanish regions, based on how much each region had to cut its deficit by in order to meet the 2012 overall target of 1.5% of GDP (click to enlarge):

from euro|topics
Representatives of the EU Parliament and member states decided on Thursday to limit bonus payments to bankers. Starting 2014, bonuses may not exceed twice a manager’s annual salary. Some commentators warn that the plan will weaken Europe as a financial location. For others, this measure in the battle against excessesin the banking sector does not go far enough.