from Yahoo news
DIYARBAKIR, Turkey (Reuters) – Ten Kurdish defendants, including six former mayors, were released from jail on Tuesday in a trial of 175 people accused of links to militants, a further small step in Turkey’s efforts to end a Kurdish insurgency. After more than three years in prison the defendants hugged family members as they emerged from the prison gates at dawn in Diyarbakir, the largest city

from Hurriyet Daily News
A total of 167 people were detained in connection to the outlawed Revolutionary.

Endgame in Sight for the Conflict between Turkey and the PKK?

by Acturca
Bulletin PISM, No. 17 (470)  18 February 2013 The Polish Institute of International Affairs Pinar Elman & Kacper R?kawek * After more than 28 years of conflict, Turkey and the Kurdistan Workers? Party (PKK) could be preparing for peace as both sides are entering direct talks. Given Turkey?s internal political considerations and the fragile situation

Turkey cracks down on outlawed group after US embassy attack

Supreme Court Justice Resigns: ?I Will Not Be Part of This Game?

from Kamil Pasha by Jenny White
On January 24, Supreme Court (High Council of Judges and Prosecutors) Justice Celal Çelik, 40, resigned his post because he said he could no longer stomach changes in the Turkish justice system that have allowed politics to influence judicial process, that the Turkish justice system is ?finished?. His conscience could no longer allow him to participate in a judicial system compromised by political pressure, greed and fear and unable to administer justice to the people. Justices and prosecutors are forced to jail people without any legal basis, sometimes for years, or suffer consequences themselves, such as being relieved of duty or exiled to marginal positions. Opposition writers and journalists are sent to ?rot in jail.? ?I will not be part of this game.? 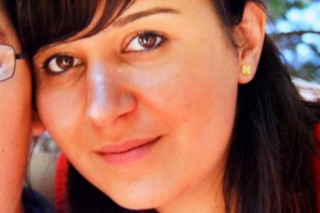 On what was due to be the last day of a four-year trial against people accused of trying to overthrow the government, supporters and relatives clashed with police outside the Silivri Prison Complex in Istanbul. The 275 defendents allegedly have ties to