Image from WowTurkey.com
I just heard that the venerable Inci Pastanesi, the bakery and cafe that opened by Luka Zigoris in 1944 and was a destination for generations seeking Turkey?s best

profiterole, has been evicted from its premises on Istiklal Boulevard….

Famous Istanbul patisserie, one of the landmarks of Beyoglu district shut down …

Istanbul / NationalTurk ? A favorite of locals and tourists, the longstanding Istanbul sweetshop, known for introducing profiteroles to Turkey, did not survive to celebrate another new year after local court decided to transfer the building that houses 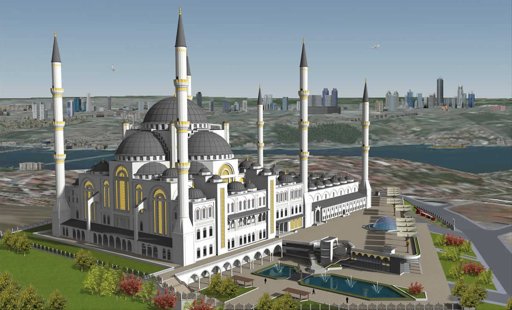 An undated computer-generated image, released by Istanbulcami.com, shows a giant mosque which is planned to be built in Camlica hill in Istanbul. Turkey’s Prime Minister Tayyip Erdogan has described his third term as Turkish prime minister as that of a “master”, borrowing from the celebrated Ottoman architect Sinan and the last stage of his storied career after apprenticeship and graduation. Now, entering a second decade at the helm of a country revelling in its regional might, Erdogan wants to leave his own mark on the cityscape with what will be Turkey’s biggest mosque, a “giant mosque,” he says, “that will be visible from all across Istanbul.” But the Istanbul elite are up in arms and some have branded the proposed mosque unsightly and ostentatious. REUTERS/Istanbul Camii, Association of building and preserving Mosque and Education-Culture Service Units of Istanbul/Handout

IHT SPECIAL; A Monument to an Adventurer?s Fantasies

from NYT > Turkey by By SUSANNE FOWLER
The French government is restoring the family home of the author known as Pierre Loti, a site brimming with Ottoman artifacts and featuring an eye-popping second-floor “mosque” of tile and marble. 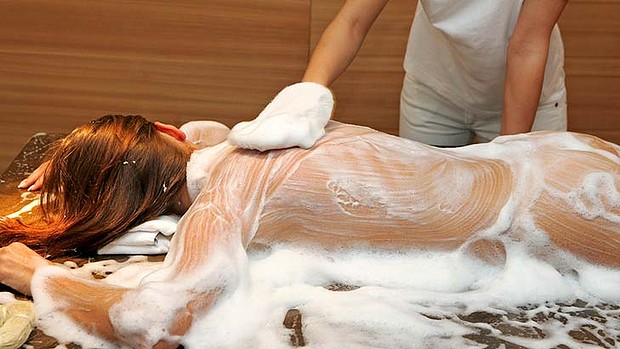 Istanbul gets right under the skin

Brisbane Times
Lying half naked atop a marble slab beneath the dome of a building that’s hundreds of years old, I have a surprising experience. It has little to do with being without my clothes in front of strangers, or even to do with relishing the occasionally

from NYT > Turkey by By REUTERS
A ban on head scarves worn by female students in religious schools was lifted, drawing criticism from secularists who accused the government of pushing an Islamic agenda

Atatürk monument to be removed from Istanbul square

The Atatürk monument in Istanbul’s Kadıköy square will

from Hurriyet Daily News
U.S. firms are among those set to take part in the construction of Istanbul?s third airport

A sweet tour of Istanbul
CNN
(CNN) — Grandeur defines Istanbul: From architectural icons such as Hagia Sophia to the city’s indomitable traffic, Istanbul pulsates with intensity and splendor. Including sweet splendor.Istanbul’s passion for pastries and its history of inventing

Video: GAD Architects, The Istanbul Series | ArchDaily
By Sebastian J
Global Architectural Development is an award-winning practice based in Istanbul and New York. Though the majority of their projects are based in Turkey

Atatürk monument will not be removed from square, Istanbul mayor says

The Atatürk monument in Istanbul’s Kadıköy Square will not be removed in line with an upcoming regeneration project, Istanbul Mayor Kadir Topbaş has said, daily Hürriyet reported today. ?Regularization will be conducted because of the subway

YOU have done the sights – the Hagia Sofia and the great imperial mosques, the Topkapi Palace and the Grand Bazaar, the Bosphorus cruise and Basilica Cistern. With the tourist boxes ticked and the past squared away, it’s time to start exploring the

ISTANBUL, TURKEY, Dec 7–“Imperfection,” the title of Istanbul’s inaugural Design Biennial, pays tribute both to the dynamism of its host city as well as to the design world’s shift away from mass production. Part art show, part expo, the biennial

Turkey?s Taş Yapı has launched plans to build a $7 billion residential project in Şişli, a central district of Istanbul.

2012 Declaration’: A History of Seized Armenian Properties in Istanbul

After two years of painfully detailed research through thousands of documents, the Hrant Dink Foundation in Istanbul has produced a monumental work on the history and present status of the properties that once belonged to the Armenian charitable