from Hurriyet Daily News
The head of the BBC?s governing body said yesterday the broadcaster needs a radical overhaul following the resignation..

BBC director general George Entwistle resigned on Saturday after only two months in office. Among other things the move was taken in response to false accusations made against a former Tory politician in a news programme. For some commentators the BBC’s eagerness to deal unsparingly with its scandals  testifies to the quality of the broadcaster. Others call for a radical reform of the corporation’s culture.

What we should do about the BBC

The UK’s greatest cultural institution, the BBC, is appointing a new leader as its management collapses internally. The candidates must share their visions with the public and break the secrecy that bedevills the Corporation. OurBeeb argued for this a few short months ago and was ignored. Now let the change begin! 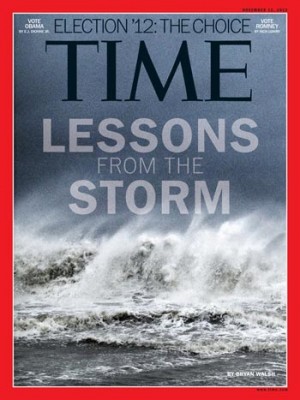 Newspaper Websites With Paywalls Doubled in a Year [INFOGRAPHIC]

Luring developers into the newsroom: A new class of Knight-Mozilla fellows tries to bridge a cultural divide

from Nieman Journalism Lab by Joshua Benton
The laws of supply and demand are working very differently in two different parts of major newsrooms.
In the United States, at least, there?s a surplus of people who want to make phone calls, ask questions, and write stories. There are more reporters than jobs for reporters, and each new j-school graduating class tips the balance a bit further.

Don’t Just Get Along; Have the Tough Conversations to Make Collaborations Work

from MediaShift
After 16 years of working for and with non-profit organizations and philanthropic foundations, I’ve concluded that social and policy change doesn’t happen without collaboration. Whether it’s a coalition of like-minded organizations, a network of activists organizing in response to an injustice or a meeting between adversaries looking for common ground, collaboration allows us to have a greater impact than going it alone.

Governance and accountability at the BBC: the lessons from the Savile affair

from open Democracy News Analysis – by David Elstein
The Jimmy Savile scandal has illuminated deep cracks in the BBC?s governance. A culture of immunity and blame shifting must now be faced head on for the sake of the victims and the future of the corporation.

Radio Liberty making waves: have no lessons from the past been learnt?

from kottke.org by Jason Kottke
Newsweek announced yesterday that the print magazine will cease publication and the entire thing will move to an all-digital format.
Newsweek Global, as the all-digital publication will be named, will be a single, worldwide edition targeted for a highly mobile, opinion-leading audience who want to learn about world events in a sophisticated context. Newsweek Global will be supported by paid subscription and will be available through e-readers for both tablet and the Web, with select content available on The Daily Beast.

from MediaShift
What action should media employers take when one of their journalists crosses the line on Twitter? And what are the implications for freedom of expression when a news organization seeks to sack, or censor, a journalist over an independently published tweet? These are questions I’ve been pondering as I complete my Ph.D. dissertation on the “Twitterization of Journalism,” and as I deliver social media training to journalists in newsrooms around Australia.

We Need a ‘Truth’ Campaign for Digital Literacy and Data Tracking

from MediaShift
Earlier this year, Bill Diggins, a marketing executive at Verizon Wireless, revealed a chilling fact about how much information the company collects about its customers. “We’re able to view just everything that they do,” he told a crowd at the Paley Center in New York. “And that’s really where data is going today. Data is the new oil.”

The New York Times? Chronicle tool explores how language ? and journalism ? has evolved

Tuesday Q&A: Tumblr editor Jessica Bennett on new platforms for news and the rise of the GIF