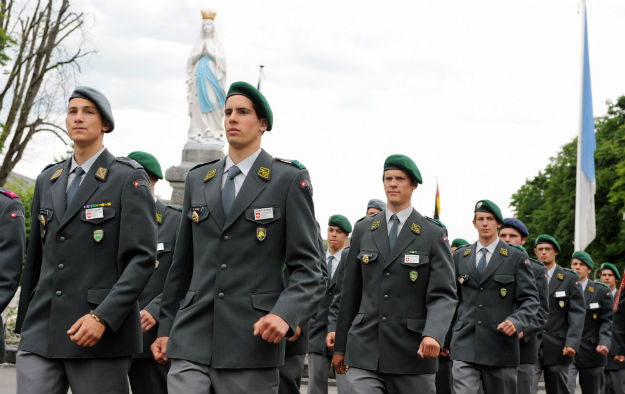 from Global Voices Online by Veroniki Krikoni
On October 29, 2012, two journalists, Kostas Arvanitis and Marilena Katsimi, were fired by the Greek Public Television (ERT) after analyzing claims by British newspaper The Guardian of police torture of Greek anti-fascist protesters in Athens, and criticizing the Greek Minister of Public Order.

from euro|topics
The British House of Commons on Wednesday called on David Cameron to seek a reduction of the EU 2014-2020 budget at the EU summit slated for the end of November. Cameron’s Conservative Party colleagues also voted against his plan to call merely for the budget to be frozen. Commentators describe the result as an embarrassing defeat for the prime minister, pinning the blame on Cameron’s zigzag course regarding European policy.

Ukraine: the far-right in parliament for the first time

The Parliamentary election in Ukraine has, as expected, returned President Yanukovych?s Party of Regions to power. It has also had one less predicted result: the first election to the country?s parliament of MPs from the ultra nationalist far-right. Anton Shekhovtsov looks at the rise of ?Svoboda? (Freedom). Photo: RIA NOVOSTI Agency

The fight for a genuinely democratic Europe

from open Democracy News Analysis – by Esther Jeffers
In France, the Manifesto of Appalled Economists underlined some of the country?s most prominent economic concerns about the European response to the global crisis. It was signed by over 700 economists and more than 6,500 concerned citizens. Today, we publish their call for a more open, more democratic European Union.

Britain has become an open prison to migrants

An immigration lawyer reveals the alarming degree to which migrants are subjected to monitoring and control outside the detention centre.

from euro|topics
The US carmaker Ford has announced that a slump in sales is forcing it to close three plants in the UK and Belgium, with thousands of layoffs. The French company PSA Peugeot Citroën is dependent on billions in state aid and cooperation with the struggling carmaker Opel. While some commentators criticise state subsidies as unfair, others call for a new scrapping bonus.

Half of French sees Muslims as ?threat?

France: Photos and Impressions from the World Forum for Democracy 2012 in Strasbourg

From October 5 – 11, 2012, the city of Strasbourg, France had its opportunity to shine at the center of the intellectual debate on democracy. The first World Forum for Democracy, organized by the Council of Europe and the Urban Community of Strasbourg, was entitled ?Democracy on Trial: Between Old Models and New Realities?. It was inaugurated in the presence of United Nations Secretary General

from Global Voices Online by Tibor Blazko
Recently, the Slovak Performing and Mechanical Rights Society (SOZA) has once again tried to push the boundaries of what’s acceptable.

Spain: The Minister of Education’s Many Gaffes

from Global Voices Online by L. Finch
[All links lead to Spanish-language websites unless otherwise noted]
The Spanish Minister of Education, Culture, and Sport, José Ignacio Wert, has sparked controversy after controversy since starting the position less than a year ago. It isn’t an accident that he is the minister with the worst approval rating in the entire government. In a parliamentary session several weeks ago, with the delicate situation of Catalonia, where nationalist parties have revived the debate over independence, hanging over head, Wert let loose the following to representative Francesc Vallès:

from Global Voices Online by Hugo Ferro
This post is part of our special coverage Europe in Crisis.
On October 18, 2012, workers at the Portuguese news agency Lusa began a four-day strike against the 30% cuts foreseen in the State Budget for 2013. Their action stopped the news distribution service of the agency.

by Open Europe blog team
Open Europe published a new flash analysis on Friday, which looks at the prospects of a revision to the Greek bailout. It now looks almost certain that Greece will receive a two year extension to its fiscal consolidation and reform programme. However, questions remain over how much it will cost and how it will be funded. Open Europe estimates that the extension would cost a minimum of ?28.5bn, if Greece meets all its targets. Meanwhile, none of the options for providing the funding looks politically or economically palatable.

from euro|topics
Italy’s ex-prime minister Silvio Berlusconi was sentenced to four years in prison for tax fraud on Friday. In reaction to the verdict he announced on Saturday that he would remain active in politics and topple the Monti government. Some commentators see this as the start of the race for the parliamentary election in spring. Others believe Berlusconi no longer stands a chance of making good on his threats in today’s Italy.

from euro|topics
President Viktor Yanukovych’s Party of Regions won the parliamentary election held on Sunday by a surprisingly wide margin. Electoral observers have called the election unfree and unfair. Commentators say the EU should nonetheless press ahead with the Association Agreement with Ukraine because it would be wrong to turn its back on the country now.

The Handmaid’s Tale of Coalition Britain

from open Democracy News Analysis – by Heather McRobie
Jeremy Hunt’s recently-voiced and ill-founded opinion on abortion adds insult to injury. Coalition austerity policies and attacks on women’s rights mean that day by day Britain is becoming no country for women.