by Sarah Mitroff
You do it in the morning in bed, at night on the couch, and occasionally at work. Turns out, it’s one of the hardest activities to resist. It’s not smoking a cigarette or having sex, it’s getting online to check your Facebook or email. 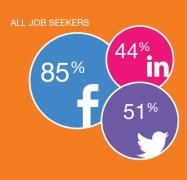 by Carolina Rossini and Maira Sutton
While US Trade Representative Ron Kirk, who oversees the Trans-Pacific Partnership agreement (TPP), continues to declare that the trade negotiations are ?the most open, transparent process ever,? we are confounded as to what he defines to be “open” or “transparent.” They have yet to even provide the public ? civil society organizations and policy makers ? with any official documents relating to the text of the agreement. We are fighting for real transparency, which means access to the current draft documents or country proposals for provisions to into the agreement.

by Jillian C. York
The reactions over the past week to a video, ‘The Innocence of Muslims’?made by an Egyptian-American Christian and later shown by Egyptian television, sparking riots?have varied wildly. While some governments have banned YouTube (where a trailer of the video remains available) altogether, YouTube chose on its own volition to block access to the video in Egypt and Libya. Other countries have submitted legal requests for YouTube to block the video, to which the company has complied. The fact that the video seems to have been made for the sole purpose of angering Muslims has caused some to ask if it would pass the free speech test in the United States, while others have defended the video as protected speech.

Stop the Next SOPA and CISPA: Register to Vote for Internet Freedom

by Trevor Timm
This November, voters across the United States have an important chance to improve how elected officials approach legislating the Internet. Starting today, a coalition of Internet rights groups are starting a voter registration drive all over the country with the hope of making the voice of the Internet?heard so loudly during the SOPA debate?a permanent stakeholder in the halls of Congress.

Now days, not only search engine optimization but also social media optimization is gaining popularity to drag more and more people towards the website. With the help of this facility one’s site can gain a good ranking on the search engine. Internet has brought everyone forward and close to each other.