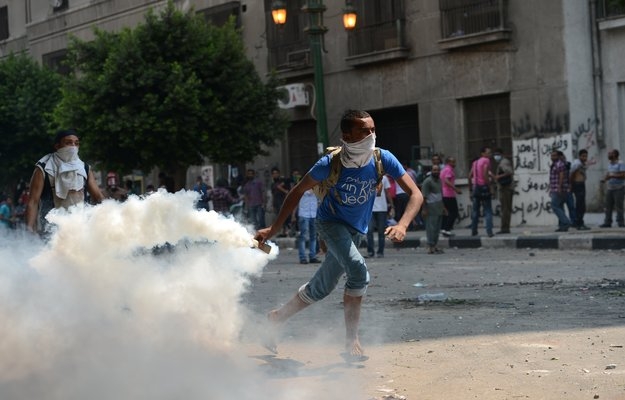 What’s actually in the Mohammed video?

from FP Passport by Joshua Keating
Sam Bacile has reportedly gone into hiding after his film, the ?Innocence of Muslims,? provoked yesterday’s violence in Egypt in Libya, including the attack that killed U.S. Ambassador Christopher Stevens.

Who is Nakoula Basseley Nakoula?

from AL JAZEERA ENGLISH (IN DEPTH)
Enigmatic Egyptian-American fraudster fingered as main producer behind anti-Islam video is currently on probation.

from Hurriyet Daily News
The alleged maker of a provocative anti-Islamic movie that has sparked violent protests across the Muslim world was briefly taken early Saturday to a California police station for questioning by his probation officer.

Did the ‘Innocence of Muslims’ cast know what they were making? [Updated]

Middle East mobs freaking the hell out over YouTube video

from open Democracy News Analysis – by Rhiannon Smith
People took to the streets of Tripoli and Benghazi on Wednesday night holding banners with messages such as ?Chris Stevens was a friend to all Libyans? and ?Sorry people of America. This is not the behaviour of Islam or our prophet?.

Attack on US in Libya ‘revenge’ for Qaeda death: Al Qaeda

from Hurriyet Daily News
The deadly attack on the US consulate in the Libyan city of Benghazi was planned.

from washingtonpost.com – Op-Ed Columns by Kathleen Parker
?This time, the imbeciles have won.?
That was the assessment of French philosopher Bernard-Henri Levy in his remembrance of U.S. Ambassador J. Christopher Stevens.

from Global Voices Online by Donna Welles
Responding to the attack on U.S. embassies and diplomatic territories across the Muslim world (specifically the murder of

Ambassador Christopher Stevens and three members of his staff in Libya), Russian bloggers have addressed the perceived growth of religiosity in their own country, and used the incident as an opportunity to discuss the wider consequences of political unrest.

from Boing Boing by Xeni Jardin
Three schools in Texas, North Dakota and Ohio were evacuated today after bomb threats apparently linked to the “Innocence of Muslims” YouTube video freakout prompted officials to issue evacuation orders. More at Associated Press. And here are our archives.

from Boing Boing by Xeni Jardin
Husain Haqqani, professor of international relations at Boston University and Pakistan’s former ambassador to the U.S., writes in a WSJ op-ed that the “YouTube riots” spreading around the world aren’t really about that weird video. “Protests orchestrated on the pretext of slights and offenses against Islam have been part of Islamist strategy for decades.”