by Open Europe blog team
Over on Telegraph blogs, we argue:

Stemming the crisis through cheap central bank money sounds so easy. The logic goes: Italy and Spain have economic problems which cause markets to push up their borrowing costs, which now have reached “irrational” levels as fear has taken hold. If left unchecked, this could threaten the Eurozone and Europe?s economy. The European Central Bank, it is said, has “unlimited” ability to create credit or cash and act quickly. Hence, it must ?stand behind the currency? and save the euro ? and Europe.

from The European Citizen by Eurocentric
Today was the third State of the Union speech by Barroso this parliament, and it fits the description better than the previous speeches, which focused more on the legislative programme for the upcoming year. This makes it harder to mark in comparison to past years because what works for a good legislative programme speech (good rhetoric + great substance) is different to what is needed for a good state of the union speech (great rhetoric + a few key aspirations/details to meet).

Will Barroso set out his vision for the Eurozone?

from The European Citizen by Eurocentric
Tomorrow Barroso will give his third State of the Union speech of the parliament. The last two have been focused on the legislative programme for the upcoming year, so they have been more of the traditional

speech from the throne that are held in constitutional monarchies rather than the more fundamental state of the union speeches that the title implies. This year the expectation seems to be that Barroso will focus on the integration needed for economic union – what will be the balance between legislation for the upcoming year and integration rhetoric?

from The European Citizen by Eurocentric
For the last two years Bloggingportal.eu has run a buzzword bingo for Barroso’s State of the Union speech to the European Parliament, so I thought I’d continue it for tomorrow’s speech.

from euro|topics
On the eve of the Dutch parliamentary election on Wednesday it looks like it will be a close race between the governing centre-right Liberals and the Social Democrats. Meanwhile the EU-critical right-wing populists and Socialists have seen their popularity wane. Commentators are pleased to see that the voters have not been swayed by anti-European slogans, and criticise Prime Minister Mark Rutte for discrediting himself with populist attacks.

from open Democracy News Analysis – by Cas Mudde
The combination of economic troubles and Eurosceptic pressures will increase the international impact of the Netherlands’ latest election, says Cas Mudde.

How the Swiss see the ?Swiss option?

from open Democracy News Analysis – by Hans Steketee
Switzerland is formally independent but totally interconnected with the EU,  and the largest creditor of the most important country in the euro zone.
Ammonia and mushrooms. , ?It?s the smell of success??, cheesemaker Alois Fleischlin smiles, tapping a brown disk the size of a tractor tyre. Cheese ? an old trick to make milk non-perishable ? and Switzerland are synonymous. Here, in the sandstone cave of Kaltbach, near Luzern, Emmentaler and Gruyère cheeses are ripening in damp tunnels for nine months before they see any daylight.

from euro|topics
The EU Commission will present its plans for a central bank supervisory authority today, Wednesday. Under the proposal, beginning in 2013 the ECB would gradually take over supervision of the Eurozone’s approximately 6,000 banks with the goal of stabilising the banking system. This is a further step towards political union, some commentators say in praise of the measure. Others criticise that yet again the ECB is called on to play a key role in saving the euro.

Schengen: what can they ask, and what am I obliged to tell? 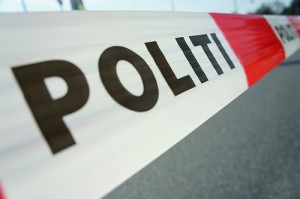 Bleary eyed and grumpy last week due to a delayed night train, I was nevertheless rather surprised when a Danish policeman demanded to see my passport abord the night train to København H at Padborg (border station from Germany). When I asked him why and how he was demanding this his answer was ?I can?. My response was to question why this was so, as both Germany and Denmark are in Schengen. ?It?s the same if you take flights within the EU? he said to me. ?No it?s not? was my response, ?that?s to prove to the airline that the right person is travelling?.

It?s not the focus of the SW1 bubble today, but David Cameron will be taking a deep breath after Jose Manuel Barroso used his ?state of the Union? address (we know?) to call for a debate on rewriting the EU Treaties in 2014. It seems there is now no avoiding the major strategic decisions on Europe that both the Conservatives and the Lib Dems have been desperate to avoid lest they tear apart their increasingly fraught marriage.

by EU-Digest
Some of the key steps the European Central Bank has taken to ease Europe’s financial crisis and provide a spark to the weak economy include: the ECB made an unlimited amount of cheap, three-year loans available to banks on two occasions since late last year. In December, 523 banks borrowed (EURO)489 billion ($608.17 billion) and in February 800 banks borrowed (EURO)530 billion. The more than (EURO)1 trillion action helped to relieve stress on banks, especially those that were having difficulty borrowing from other banks.

from euro|topics
French President François Hollande announced drastic tax hikes for top earners and cuts in benefits during an interview aired on French television on Sunday. The measures are aimed at securing an additional 30 billion euros with which Hollande plans to plug the holes in the French budget. Commentators see the 75 percent “rich tax” as a useless measure and call instead for labour market reforms

What the Dutch elections could mean for Europe and the euro

by Open Europe blog team
We have today published our thoughts on what the 12 September Dutch elections are likely to mean for the future politics of the eurozone.

from Boing Boing by Cory Doctorow
In Der Spiegel, Friederike Ott polls Europe’s photographers on their increasingly desperate quest to find compelling images to use in illustrating stories about the Eurozone crisis. Taking pictures of distressed Euro coins isn’t cutting it anymore.