from social media vb by Lien Brusselmans
Mitt Romney gains 120.000 new Twitter followers in 2 days time, while normally he has about 3.000 new followers per day. Here’s some statistical, as well as visual evidence these new followers are very likely to be robots.

Vote against CISPA, SOPA and PIPA in 2012

from Boing Boing by Cory Doctorow
A reader writes, “The Bill of Rights Defense Committee has a list of candidates who are running for Congress who strongly oppose indefinite detention of American citizens and SOPA/CISPA. The link also mentions current incumbents who are working to defend the Internet.” 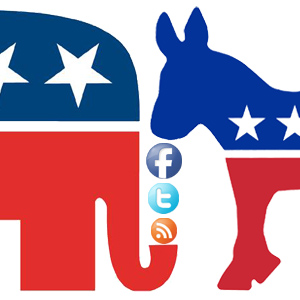 Conservatives are losing online but winning everywhere else.
In the United States, conservatives and progressives are not only divided ideologically,  they?re also divided in the way they conduct digital campaigns.  What?s odd is not that their tactics are different, but that the tactics of conservative online organizations apear  less effective than those of their progressive peers.

Twitter is getting in on the social analysis game. The micro-blog will publish a daily measurement of Twitter sentiment surrounding the 2012 presidential election called the Twitter Political Index, the company announced Wednesday.

The rise and fall of the American childhood

from open Democracy News Analysis – by Colin Greer
In thirty years, Americans have undone many of the most important social achievements put in place to protect and support children.