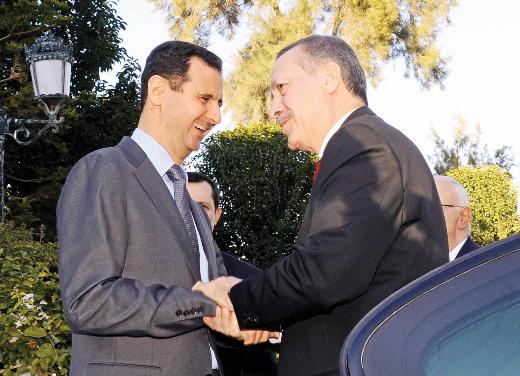 They were once friends. Erdoğan and Asad two years ago…

from Hurriyet Daily News
Everyone should know Turkey’s wrath will “furious” over Syria?s downing of a Turkish jet 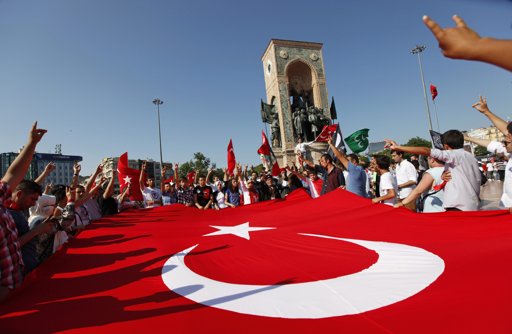 Demonstrators wave a huge national flag as they shout slogans in support of Turkish military in central Istanbul June 24, 2012. Turkey said on Sunday it had carried out air strikes on nine Kurdish militant targets in northern Iraq between June 22-24, days after severe clashes on the other side of the border. The Turkish military said in a statement that most of the targets were in the Qandil region and were hideouts and caves belonging to Kurdistan Workers Party (PKK) militants. It said all its planes had returned safely to their bases. Turkish soldiers and Kurdish militants clashed last week in one the most intense battles this year of the separatist conflict, with 26 combatants killed in fighting at army outposts in southeast Turkey, officials and security sources said. REUTERS/Murad Sezer

from Hurriyet Daily News
Damascus needs to ?pay? for an attack on a Turkish military jet in international waters amid growing world pressure for action against Syria.

Turkey divided over response to Syria

from World news: Turkey | guardian.co.uk by Constanze Letsch
What Turkish newspapers, commentators and Twitter-users are saying about the downing of a Turkish jet by Syria
The Turkish political leadership may be doing its best to present a united response to the downing of one of its fighter jets by Syria on Friday, but among the media and wider public there is heated debate about how to respond. 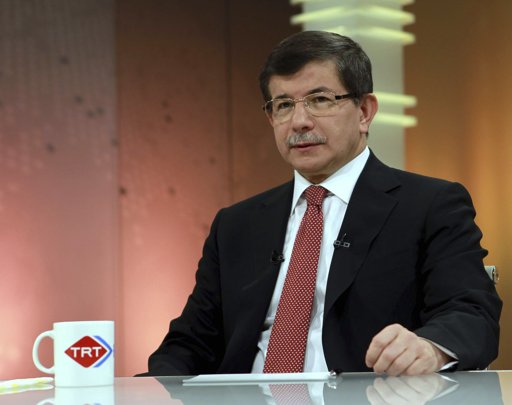 Turkey’s Foreign Minister Ahmet Davutoglu speaks on state broadcaster TRT in Ankara June 24, 2012. Turkey said on Sunday Syria had shot down its military aircraft in international waters on Friday without warning and declared it would formally consult with NATO allies on a reaction. Davutoglu, speaking some 48 hours after the plane was shot down near the sea borders of both countries, told state broadcaster TRT the plane had been clearly marked as Turkish and dismissed Syria’s earlier statement it had not known the plane belonged to Turkey. REUTERS/Hakan Goktepe/Turkish Foreign Ministry Press Office/Handout

Envoys from NATO member states will meet on Tuesday after Turkey requested.

from Yahoo news
ANKARA (Reuters) – Turkey said on Sunday Syria had shot down its military aircraft in international airspace on Friday without warning and declared it would formally consult its NATO allies on a reaction. Turkish Foreign Minister Ahmet Davutoglu, speaking some 48 hours after the jet was shot down near both countries’ sea borders, told state broadcaster TRT the plane had been clearly marked as ..

Nato is to meet on Tuesday at Turkey’s request following the shooting down of one of its warplanes by Syria in what it says was international airspace.

Syria?s shot at the heels

from Today’s Zaman, your gateway to Turkish daily news :: Columnists by YAVUZ BAYDAR
We are aware of the tradition in the mafia that if its leadership wants to warn somebody it does not like, but is unable to destroy, he is given a warning shot in the heels. The incident with the downed Turkish Air Force jet is similar to this analogy: A state, run by a bloody and ruthless political mafia, seems to have issued a shot aimed at the heel. But, this one is the Achilles? heel of the body of relations with Syria which may help speed up the end of the regime.

Turkey to drop sanctions on France over Armenia

from Yahoo news
Turkey on Thursday praised the positive attitude adopted by the new French president toward relations with Ankara, saying that sanctions imposed on Paris would no longer be implemented.

from Hurriyet Daily News
Turks are frequently traveling to EU capitals to spend money in shops and hotels, reviving the union?s .

AND ARAB TOURISTS SPEND IN TURKEY.. SO WHAT?