TO THE POLICIES OF THE PRIME MINISTER AND THE GOVERNMENT THAT TARGET GENDER EQUALITY, WOMEN’S BODIES, REPRODUCTIVE RIGHTS, AND SEXUALITY, OUR RESPONSE IS A RESOUNDING “NO!”

A roundup of news from Turkish politics:

(Photo credit: Wikipedia) By James D. Zirin Thousands of women took to the streets ofIstanbul yesterday to protest proposals by authoritarian Prime Minister, Tayyip Erdogan, to change Turkey’s liberal abortion law that has been in force for almost 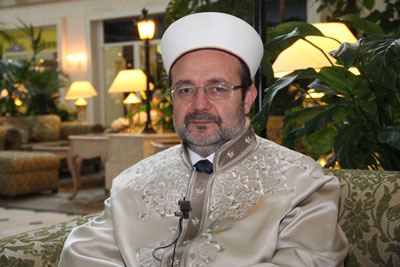 The head of Turkey’s Religious Affairs Directorate has weighed in on the country?s abortion debate, siding with the prime minister in describing terminated pregnancies as ?murder? on the grounds that Islam considers the fetus to be a separate human being, Hürriyet Daily News reports. “Islam prohibits abortion”, Mehmet Görmez brushed all of us off.

“Abortion Is Our Decision”

from Bianet :: English
Women called on authorities to ease access to birth control methods rather than banning abortion and for the perpetrators of the Roboski massacre to be put to trial during a protest rally in Istanbul?s Kadıköy district on Sunday.

Erdoğan: I will not accept the solution you want

from Hurriyet Daily News
To be able to write this piece, I was waiting for the Prime Minister?s Diyarbakır speech…

‘Turkey has a semi-presidential system’

from Hurriyet Daily News
Turkey switched to a de-facto semi-presidential system when the amendment to elect the president by public vote was approved in a referendum on Oct. 21, 2007.

from Hurriyet Daily News
Turkish police are conducting raids in four provinces this morning in an operation that comes as part of a probe into Turkey’s so-called “post-modern coup” of Feb. 28, 1997.

The Haberal case and the need for a fair trial