Good day for the Pirates 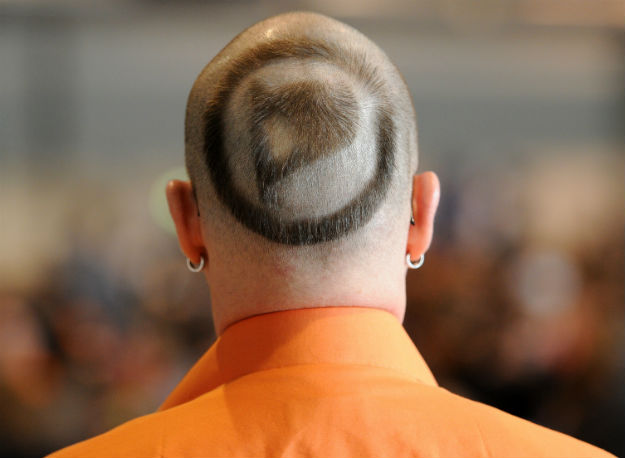 by Cory Doctorow
Ot from the Dutch technology activist group Bits of Freedom writes, “Good news from The Netherlands: on 8 May 2012 The Netherlands adopted crucial legislation to safeguard an open and secure internet. It is the first country in Europe to implement net neutrality in the law. In addition, it adopted provisions protecting users against disconnection and wiretapping by providers. Digital rights movement Bits of Freedom calls on other countries to follow the Dutch example.” (Thanks Ot!)

by Cory Doctorow
The German Pirate Party has won seats in a third federal district, taking 8.2% of the vote in Schleswig-Holstein; they’re on track to win seats in a fourth state next week in Northrhine-Westphalia. TechDirt’s Mike Masnick writes:

Hungary: ?Oligarch? is the New Buzzword of the Hungarian Net

State Secretary in the Ministry of Rural Development, started his own fight against corruption. Ángyán resigned in January and since then he has been raising concern [hu] about the shady relations between the government and some Hungarian ?oligarchs’ – Lajos Simicska and Zsolt Nyerges[en], who are often referred to as PM Viktor Orbán’s close allies and members of the highly influential business elite.

“President Hollande ? Winds of Change in Europe?” by Henning Meyer

from BBC News | Europe | World Edition
New French President Francois Hollande vows to redraw a pact on EU budget constraints, saying “austerity can no longer be the only option”.

Sunday was a big election day for Europe. France elected its first Socialist President in 17 years with Francois Hollande, and the Greek electorate looks like it has given the two main parties a huge kicking.

Are the extremists taking over Europe?

from Today’s Zaman, your gateway to Turkish daily news :: Interviews by JOOST LAGENDIJK
After the elections in France and Greece, some commentators have come to the conclusion that the center of political gravity in Europe is shifting to the extremes, on the right and on the left.

by Claudia Parra
This post is part of our special coverage Europe in Crisis.
On May 2, 3, and 4 the European Central Bank meeting took place in Barcelona, Spain, a city that became sieged by the police: 8,000 police were drafted into the Catalan capital, a total of 2,300 national police officers and 1,200 civil guards, plus 4,500 troopers (Mossos d?Esquadra).

Switzerland: An Initiative to Establish Basic Income for All

An initiative to establish a new federal law known as ?For an unconditional basic income? [fr] was formally introduced in Switzerland in April. The idea, which consists quite simply of giving a monthly income to all citizens that is neither means-tested nor work-related, has generated commentary throughout the Swiss blogosphere.

from euro|topics
The Greek conservative party Nea Dimokratia returned its mandate to form a coalition government on Monday. With 18.9 percent of the vote it had emerged as the strongest party from Sunday’s parliamentary elections. Now the left coalition Syriza will be charged with forming a government. Commentators fear Greece will soon be ungovernable and pin their hopes on austerity opponent François Hollande.

from euro|topics
The leftist alliance Syriza under Alexis Tsipras was charged with forming a government in Greece on Tuesday. Before that the head of the conservative Nea Dimokratia, Antonis Samaras, had failed with his coalition negotiations. Commentators predict Tsipras will likewise be unable to forge a coalition and see Greece’s exit from the Eurozone as increasingly likely.

The extinction of the Greek party dinosaurs?, Takis S Pappas

from open Democracy News Analysis – by Takis S Pappas
Do PASOK and New Democracy have a future after their crashing defeat in the recent elections?
It is evident that after over three decades of ruling the country, twopartism in Greece is dead. After the last elections, the combined vote of the two major parties, PASOK and New Democracy (ND) stands below 33%. The question that arises is: What has happened to these parties? And what is in store for them in the future? Quite different things, I think.

Francois Hollande collected 51.90% of the votes against 48.10% for incumbent President

Nicolas Sarkozy in this second round of voting. The presidential election will be followed by parliamentary elections on June 10 and 17.

The results of the elections have brought an end to the post-Junta era in Greek history dominated by New Democracy and PASOK. But if this is a vote for something new, it is by no means clear what this “new” will be.

There were no flags flying in Athens tonight.

from open Democracy News Analysis – by Vassilis K. Fouskas
The Greek people have delivered an unmistakable verdict: out go the ruling incumbents. Greeks have opted instead for radical parties that best express their class interests and social values.

After the French elections: An end to ‘Eurostarvation’ (Analysis)

from EurActiv.com
François Hollande?s victory in the French presidential elections marks the end of both the ?Merkozy? duo and their disastrously recessionary austerity-only policies, argues Sergei Stanishev.

from FT.com – World, Europe
If the keen media interest in Carla Bruni is anything to go by, Valérie Trierweiler, who lives with François Hollande, will come under scrutiny

Greek elections: The debacle of austerity or of reason?

from Hurriyet Daily News
The elections in France and Greece, which have raised market concerns over renegotiation of austerity programs across eurozone, negatively affect global markets.

Towards a European Charter of the Commons

from Today’s Zaman, your gateway to Turkish daily news :: Interviews by Daniel Gros
BRUSSELS ? A few months ago, 25 of the 27 members of the European Union solemnly signed a treaty that committed them to enshrining tough deficit limits in their national constitutions. This so-called ?fiscal compact? was the key condition to get Germany to agree to increase substantially the funding for the eurozone’s rescue funds, and for the European Central Bank to conduct its ?1 trillion ?long-term refinancing operation? (LTRO), which was essential to stabilizing financial markets.

Italian politics and the No TAV movement: the resiliency or failure of citizen activism?, Michele Monni

from open Democracy News Analysis – by Michele Monni
The twenty year old No TAV movement in Italy that opposes the construction of a new high-speed railway connecting Turin and Lyon highlights the complexities of democratic citizen activism in the context of Italy’s changing and warped politics.

“European Politics after the Greek and French Elections” by Henning Meyer

from Social Europe Journal by Henning Meyer
The important elections in Greece and France are now behind us and the results will hopefully have a decisive impact on European crisis politics. The days after such important elections are also ?talking heads? time. I was on Al Jazeera International and on Sky News to discuss the implications of the election results for European politics. Watch it if you can bear it.

from Today’s Zaman, your gateway to Turkish daily news :: Columnists by BERİL DEDEOĞLU
Today is Europe Day. Only a few years ago this day was marked with enthusiasm in Turkey, but it appears that the European Union no longer generates the same passion in the Turkish public opinion. It?s like everyone has already forgotten that Turkey is a candidate country for full membership of the EU and that we are in negotiations. In fact, even in member countries, it is hard to observe any kind of enthusiasm for the EU as people all over Europe are quite angry at the union, which is perceived as bearing the main responsibility for the ongoing economic difficulties.

Europe and NATO’s response to the Arab Uprisings, Andrea Teti

from open Democracy News Analysis – by Andrea Teti
The Atlantic Memo generated by the Atlantic-community.org?s “Your Ideas, Your NATO” policy workshop competition offers recommendations for how NATO ought to respond to the Arab Uprisings. Some of the ideas sound good enough in principle, though they are unlikely to prove a success. More fundamentally, they do not challenge the way in which NATO specifically and Europe generally approaches relations with their South Mediterranean counterparts.

Access to documents from the EU Commission after 9 months

from Ideas on Europe by Ronny Patz
If I will die at the age of 75, I will have waited ~1% of my life for the EU Commission to come up with a decision regarding a 21-page document. I?ve blogged about the story in the past, but here?s a short version of this story supplemented by  how it ended today.

from The European Citizen by Eurocentric
I’ve been living in Brussels for 2 months now, and I thought I’d just list some of the impressions and things I’ve found out.

1. It’s an incredibly divided city. Not just between the French and Dutch speaking communities, and not just between the European/international community and the locals, but economically and socially. The city has 19 communes of widely varying sizes, and a 15 minute walk can take you through some very different areas (it’s not something you need to live here to notice).

“Europeanism and the Europeanisation of Family” by Julien Etienne

by Open Europe blog team
Over on City AM Forum we have an article looking at the implications of the Spanish government’s decision to bail-out Bankia both for Spain and the eurozone. As we noted in our recent Spanish briefing the problems in the Spanish banking sector run deep and Bankia is therefore clearly only the start.

EU-Russia relations and the diversification of gas supply routes

from Ideas on Europe by ecfr
This week Vladimir Putin returned to the Russian presidency ? a timely reminder to look at Europe?s gas relations with Russia: Our series of ECFR Scorecard responses continues with a piece by Tomas Maltby(University of Manchester) who takes a closer look at our ?Diversification of gas supply routes to Europe?chapter. The ECFR rated EU unity here as 3/5, outcomes 5/10 and resources 4/5, resulting in a positive overall grade of B-, with EU-Russia relations rated as C+ overall. However, Tomas argues that the overall description is that of ?another year of ambitious, but unimplemented, rhetoric and objectives?.