from FP Passport by Allison Good 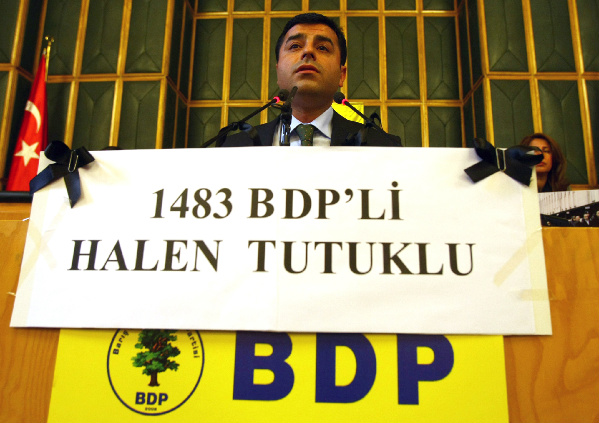 The thing I remember most is the atmosphere in the court room. Not angry, not frustrated, but, amazingly enough, relaxed. Even though we are talking about one of the big show trials in Turkish history. At the beginning of this month a series of hearings started in the case against dozens of prominent Kurdish politicians,

from Global Voices Online by Onnik Krikorian
April 24, 2012, marks the 97th anniversary of the massacre and deportation of around 1.5 million Armenians living in the then Ottoman Empire. Widely considered by many historians as well as the parliaments of several countries to be an act of genocide, the issue remains an emotive one.

Violence, This Time Against Women Lawyers

Profession and social class clearly don?t protect women from violence. For women lawyers, the violence and discrimination follow them to the workplace. There has also been a spate recently reported in the news of doctors, nurses, and ambulance workers being attacked by the relatives of patients. Neighbors burning down the houses of  the Roma community in Manisa in 2010, lynch attempts against Kurdish citizens (click here).

by By DAN BILEFSKY and SEBNEM ARSU

Rights groups say domestic violence against women in Turkey has reached alarming proportions, with women’s rights being undermined by the Islamic-oriented ruling party and other factors.

Hire an imam, not a lawyer!

UN Report on Violence Against Women

from Kamil Pasha by Jenny White
Some comparative numbers about violence against women. (click here for the full New York Times article) There is a link to the UN report.

A Lecture in front of Tekirdağ Prison

from Bianet :: English
The instructors gave symbolic lessons in front of Tekirdağ F-type Prison within the scope of “Do Not Touch My Student” campaign in order to draw attention to 600 high school and university students arrested. The subject of this second course was “ecological struggle”.

Again the Same Combination: The Banner and the Prison

from Bianet :: English
Two women, a student and a teacher that unfurl a banner written “We do not want the missile shield , we want a democratic high school? arrested with many accusations like ?terrorist propaganda? and they are in prison for 4 months.

ECHR Condemns Turkey Regarding Use of Pepper Gas in Peaceful Protest

from Bianet :: English
Turkey is to pay 11500 euro to Ali Güneş for violating Article 3 of the convention on human rights. Güneş was sprayed with pepper gas in close range and forcefully taken under custody in 2004.

The wrong discussion about tear gas

from Journalist in Turkey, background articles, news and weblog about by Fréderike Geerdink
?It?s not harmful?, Interior Affairs minister Sahin said, referring to tear gas. Still, over the last couple of years, seven people have died in Turkey from the effects of tear gas. For example: two had a heart attack after they were sprayed with tear gas, one died after a tear gas canister hit his head

from Today’s Zaman, your gateway to Turkish daily news :: Columnists by ORHAN KEMAL CENGİZ
I have before me a nine-page-long document. It is addressed to the İzmir prosecutor. The first sentence of the petition says, ?Plaintiffs Necati Aydın and Ercan Şengül are Turkish citizens and Protestant Christians.?

The Right to Criticize Prime Minister

Will the prosecutors take the “Tuşalp v. Turkey Case? decision of European Court of Human Rights as precedent and declare to proceed no further when the Prime Minister and politicians turn to prosecution with complaint petitions for journalists or columnist?

Conscientious objector Halil Savda made a statement after he was released from the prison by Probation Law. He said he was sentenced due to ?alienating the public from military service? because of the high nationalist and militaristic sensitivity of the judiciary

No consensus made on jailed MPs: Turkish PM

Why is April 24 so important for Turkey?

from Today’s Zaman, your gateway to Turkish daily news :: Columnists by ORHAN KEMAL CENGİZ
When I started to write this article I saw that the Armenian-Turkish weekly Agos had already run a piece that said all I want to say on this topic.