from BBC News | Europe | World Edition
Nicolas Sarkozy rules out a re-election deal with the far right as Socialist Francois Hollande sets out plans to revise the EU fiscal compact.

Hollande in the driving seat

from euro|topics
The success of the far right politician Marine Le Pen in the first round of the French presidential elections has fuelled the debate over right-wing populism in Europe. It is above all in times of crisis that Europe’s voters are susceptible to extreme right-wing ideologies that can gain support across Europe, commentators write.

from FT.com – World, Europe
The president?s undoing resulted from the elite?s fear of speaking truthfully about world transformations and their implications for the French model, writes Zaki Laïdi

from euro|topics
The Socialist François Hollande emerged the victor of the first round of the French presidential elections on Sunday, relegating incumbent Nicolas Sarkozy to second place. Extreme-right candidate Marine Le Pen came in third. The result highlights voter dissatisfaction with Sarkozy’s crisis policies, commentators write, fearing that a victory for Hollande in the second round on May 6 could destabilise Europe.

from open Democracy News Analysis – by Philippe Marlière
Charles de Gaulle once said that the French presidential election was ?an encounter between the nation and a man? (sic). Big Charles may have been right in suggesting that this election is about personality politics. There is much more to it though. In Marlière across La Manche I invite you to follow my journey into this historic European election: analysis of results, as well as personal thoughts on candidates, debates, the media, opinion polls and the ?mood? of French voters. 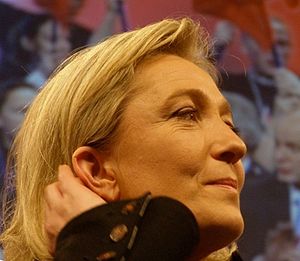 French politics set for seismic change as first round looms

By David Gow
Voting in the first round of Europe?s most important election this year, the French presidential, takes place on Sunday. The latest ? and last ? set of opinion polls give a clear winner and indicate a seismic change: Francois Hollande will be the first socialist victor (on May 6) since Francois Mitterrand in 1988.

from FT.com – World, Europe
Tulle is famous for the delicate lace that bears its name and once had a thriving firearms industry and manufactured accordions

from A Fistful Of Euros » A Fistful Of Euros by Alex Harrowell
Rundown of the statements. Hollande, perhaps taking the accusation of being dull to heart: ?Plusieurs faits majeurs sortent de ce scrutin. Le premier est que je suis en tête du premier tour.? Le Pen says the vote lets her supporters join the table of the elite, an odd statement from someone who certainly won?t be in round two. Mélénchon reminds everyone to be anti-Sarkozy, i.e. passing his support to Hollande without saying so. Bayrou?s saying nothing much until he?s met the two leading candidates. Sarko wants extra TV debates, gambling on survival.

from BBC News | Europe | World Edition
President Nicolas Sarkozy faces a hard fight in the run-off vote in the French presidential election, after losing the first round to Francois Hollande.

from FT.com – World, Europe
Sarkozy convinced he can expose what he believes to be Hollande?s ambivalent positions on vital issues

from A Fistful Of Euros » A Fistful Of Euros by Alex Harrowell
The first post-election poll is in, and it has Hollande winning 54% to 46%. The inner workings are interesting; they reckon that 33% of the Bayrou votes go to the PS, 32% to Sarko, and the rest nowhere, 86% of the Mélénchon votes go PS, 60% of the FN go Sarkozy, 18% go PS, the rest nowhere. You can see why Sarko is still trying to get more FN voters.

from Ideas on Europe by Ronny Patz
Recently, I have remarked changes in the procedures for handling access to documents requests in the EU Council. Especially a new written procedure sparked some protest among EU member states, which led to the need to clarify the difference between the informal and formal procedures in the responsible Working Party on Information (meeting summary, p. 4)

from Docuticker
Source: Eurostat Africa?s population growth has far outstripped that of Europe and projections suggest it will continue to do so. Africa is expected to represent 15% of the world population by 2050 compared with 10.8% in 1980. At the same time, the share of EU-27 in the world population is forecast to

from Ideas on Europe by ecfr
Brussels was the last stop on our Scorecard tour 2012. The event took place at the Permanent Representation of Poland to the EU ? and it was indeed a lively discussion. If you want to have your say about the results of the Scorecard and the EU?s performance in EU foreign policy ? why not contribute to our ?Scorecard comments?? We are looking for acadmics that evaluate our results and tell us how to improve next year?s scorecard. Just write us: press[at]ecfr.eu!

from open Democracy News Analysis – by Thomas Hylland Eriksen
The legal procedure in the case of Anders Behring Breivik, the perpetrator of the Norwegian massacre of July 2011, is a case-study of democratic values – in particular, that democracy is not a “what” but a “how”, saysThomas Hylland Eriksen.

from The European Citizen by Eurocentric
The Dutch government has collapsed with the minority Liberal (VVD) – Christian Democrat (CDA) coalition government unable to agree an austerity budget with the far-right PVV led by Geert Wilders. The so-called Gedoogcoalitie (“Tolerance Coalition”) relied on the votes of the anti-Islamic Partij voor Vrijheid (Party for Freedom) and had been discussing the budget, which would have delivered around ?16 billion in cuts to bring the Netherlands into line with the EU’s 3% deficit rule, when Wilders stormed out at the last moment.

from euro|topics
The Netherlands will hold early elections on September 12 after the right-wing populists withdrew their support for the minority government, refusing to accept billions in cutbacks resulting from the EU Stability Pact. If not even the model pupils of the Eurozone adhere to the agreements, stringent budget rules and tough austerity measures are clearly no longer capable of obtaining majority support, commentators conclude.

On the road to #rp12: Multilingual EU blogging, translations and the fascination of Presseurop

from Ideas on Europe by Ronny Patz
The EU-focussed blogosphere is dominated by English language blogs. The search for multilingual EU blogging is cumbersome, even when pan-European political debates take place on issues of common interest.

What next for the Netherlands?

by Open Europe blog team
The political situation in the Netherlands continues to look uncertain, following the fall of the Dutch government, largely due to EU-imposed austerity targets.

The fall and future of Dutch neo-liberal nationalism, Marijn Nieuwenhuis

from open Democracy News Analysis – by Marijn Nieuwenhuis
The collapse of budget negotiations and the upcoming elections provide opportunities for the emergence of better answers to the violence done by nationalist antagonisms, imposed through neo-liberal austerity programmes