ACTA: The State of Play in the US

from EFF.org Updates by maira
In the last few weeks, we?ve seen surprising and significant developments with the Anti-Counterfeiting Trade Agreement (ACTA) in both the US and the EU. As we?ve noted before, ACTA is a plurilateral agreement designed to broaden and extend existing intellectual property enforcement laws to the Internet. In both process and in substance, it is a deeply undemocratic initiative that has bypassed checks and balances of existing international IP norm-setting bodies, without any meaningful input from national parliaments, policymakers, or their citizens.

CISPA is SOPA 2.0: petition to stop it

from Boing Boing by Cory Doctorow
CISPA, the Cyber Intelligence Sharing and Protection Act of 2011 (H.R. 3523), is a successor, of sorts, to the loathesome SOPA legislative proposal, which was shot down in flames earlier this year. EFF’s chilling analysisof the bill shows how it could be used to give copyright enforcers carte blanche to spy on Internet users and censoring the Internet (it would also give these powers to companies and governments who’d been embarrassed by sites like Wikileaks). 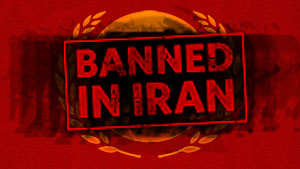 from Hurriyet Daily News
The Iranian government is planning to set up a national ?Intranet? that aims to provide a “clean internet” once..

On the road to #rp12: Synchronised yet unlinked #ACTA blogging in Europe

from Ideas on Europe by Ronny Patz
?We can maintain a European public if we observe synchronicity and issue convergence across national publics as well as political resonance on the part of supra-national decision-makers.?(Seifert 2006)
On 27 March 2012, the International Trade (INTA) committee voted against a referral of ACTA to the EU Court to instead vote on it right away in June. A summary of the discussions in INTA is provided by the EU Council Secretariat (p.6); parallel discussions were also held in the Civil Liberties (LIBE) committee (summary).

Are You Worried CISPA Could Be Another SOPA? [POLL]

from Global Voices Online by Ndesanjo Macha
This post is part of our special coverage Kony 2012.
?Kony 2012: Part II – Beyond Famous? is a follow-up video to the viral campaign video (Kony 2012) calling for the capture of the Ugandan war criminal and leader of

Joseph Kony. The first video was criticized by Ugandan netizens and other bloggers for oversimplifying the conflict and misrepresenting facts on the ground.

from kottke.org by Jason Kottke
One of the more thought-provoking pieces on Instagram’s billion dollar sale to Facebook is Matt Webb’sInstagram as an island economy. In it, he thinks about Instagram as a closed economy:

Simplicity Is Worth $1 Billion

from Likeable Media – A Social Media and Word of Mouth Marketing Firm by Dave
In this week?s Watch Me Wednesday, I discuss the power and importance of simplicity. As entrepreneurs, we have a million ideas and want to add on various features, benefits, bells and whistles. But ultimately, simplicity is almost always best because consumers just want a simple product that works well. The biggest lesson from the

Blogging is Alive, Well and Thriving

from Sysomos Blog by Mark Evans
Like a boxer that refuses to go down, blogs keep bouncing back even as new social media services such as Pinterest capture the spotlight.
A recent report by NielsenWire, which I somehow missed when it initially appear, suggested there were 173 million blog as of last October, compared with 35.7 million in October, 2006.

Who is Winning by Pinning? The Best of Pinterest Campaigns (So Far)

from social media vb by ChristiannaG
With Pinterest exploding over the last few months, it was only a matter of time before brands got on the bandwagon ? but did we all expect an influx of contests? I enjoy brands? boards of relevant items and how-to?s, but are contests really worth their time? After looking into it a bit, I rounded up a few notable contests (and one that I?m still skeptical about) to get a handle on what the future might bring as far as contests for avid pinners like myself.

Confessions of a Social Media Girl: Instagram, You Sellout. You?re No Longer Cool.

from social media vb by Veronica Button
Mark my words; although the masses will be using it, its core market will undoubtedly turn on the App like Brutus did to Caesar, and the whole regime will have to be reborn.

from social media vb by socialmarvels
Sharing video content is an essential component of social media and more than often a key factor in assembling an award winning content strategy.

Kevin Macdonald, will be available for streaming on Facebook in the US.

from Wired Top Stories by Jeff Stein
Advanced biometric border-control technologies like iris and fingerprint scanners, implemented after 9/11 to trip up terrorists and international criminals, are also giving the CIA’s undercover agents fits.

Hamadi Jebali. The movement dubbed it ?Operation Touche pas à ma Tunise? (?Get Your Hands Off My Tunisia?) which is part of the broader ?Operation Tunisia Back?.