from FT.com – World, Europe
Turkey is no longer expanding at a rate second only to China and its economy beginning to rebalance from domestic to external demand

from Hurriyet Daily News
Turkey is at the center of the ?Syrian affair,? but there is no serious discussion on Syria for various reasons.

Spain and Turkey: a budding relation

by Acturca
Real Instituto Elcano de Estudios Internacionales y Estratégicos (Spain), 15/4/2009    By William Chislett *    Spain and Turkey are enjoying a burgeoning economic and political relation. Two-way trade more than doubled between 2002 and 2008 ?excluding the EU, Turkey is Spain?s third most important trade partner after the US and Mexico?, Spanish direct investment 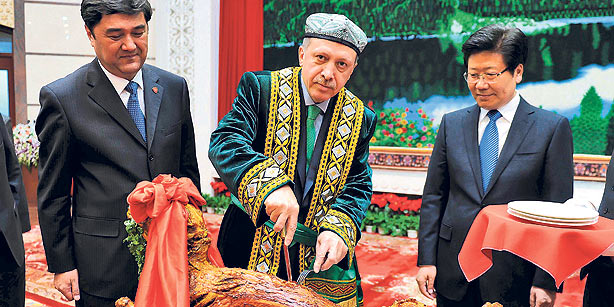 from World news: Turkey | guardian.co.uk by Ian Black
Unconfirmed reports say two people were killed at camp close to Syrian border, as concerns mount over ceasefire plan
Syrian forces have fired across the border into Turkey and hit a refugee camp in the latest incident to fuel international concern about escalating violence hours before a UN deadline aimed at ending the crisis.

from NYT > Turkey by By SEBNEM ARSU and ALAN COWELL
Officials in Turkey said on Monday that Syrian forces had fired across its border late on Sunday, wounding three people in the vicinity of refugee camps housing Syrian nationals.

from NYT > Turkey by By RANDY KENNEDY
Government of Turkey is making more concerted demands that the United States return antiquities believed to have been looted and exported illegally from the country.

The New Crossroads of History – By Andrew Finkel | Foreign Policy