Two generals didn’t attend the first sitting of the case but relatives of the victims and rights’ activist were there. They all demanded the investigation to be enlarged and the trial to be founded on “crimes against humanity”.

Two generals who run the military coup in 1980 face trial on April 4th. Relatives of those who were tortured, executed, disappeared by the junta apply to court to intervene.

from Bianet :: English
RedHack hacked the websites of dozens of police directorates all over the country in support of the KESK protest against the education draft law. Demonstrators were constantly exposed to tear gas and water cannons during the two-day protest. The related debate at parliament had to be interrupted twice due to tensions between the MPs

Penalty for Defending Murder with “Tradition”

from Bianet :: English
The Diyarbakır Bar Association decided for a warning penalty for the lawyer who referred to ‘honour’ regarding the murder of Gülitan Gümüş and said “The killed woman was not innocent”. Lawyer Kanar appreciated the decision although it came with delay.

15 Years in Jail for 7 Speeches

from Bianet :: English
Former BDP Deputy Halis was handed a prison sentence of more than 15.5 years on charges of “membership in an illegal organization” and “propaganda” due to seven speeches he made during his election campaign and term as Member of Parliament.

from Bianet :: English
The police intervened against KESK members who wanted to demonstrate in Ankara against the 4+4+4 Education Draft Law and the Draft Bill on Public Servants’ Trade Unions. The union confederation announced to continue their protest till the morning.

from Bianet :: English
Imprisoned writer and publisher Ragıp Zarakolu will receive the Assyrian Cultural Award. “He always took his place right next to minorities and the oppressed. Giving him this award is the least we can do”, said the head of the Assyrian Culture Centre Baryawno.

from Bianet :: English
“Oppression cannot intimidate us. This cem house is going to be opened” is the message of local residents after the municipality police again attacked the Alevi Yeşilkent Pirsultan Cem House in Avcılar. Many people were beaten during the assault on the place of worship.

FACTBOX-Turkey’s “Ergenekon” case
Reuters AlertNet
He is accused of playing a leading role in an alleged underground network, Ergenekon, that is accused of conspiring to overthrow the government of Prime Minister Tayyip Erodgan. – TheErgenekon case has highlighted a power struggle between the AK Party

from Hurriyet Daily News
An annual U.S. government report is adding U.S. ally Turkey as well as Tajikistan to a list of the worst violators of religious rights.

from Today’s Zaman, your gateway to Turkish daily news :: Columnists by ORHAN KEMAL CENGİZ
Recently, I participated in a TV program to discuss current issues in Turkey, including but not limited to the Ergenekon cases. One of the participants was a very famous lawyer in Turkey who has been criticizing the Ergenekon cases since the commencement of them.

“Inshallah There Won’t Be Any Gays in Our Turkey”

Military?s report on Uludere ?not satisfactory?

from Hurriyet Daily News
The lawyer for the families of victims of the Malatya massacre, in which three Christian missionaries were killed, has expressed frustration

Turkish Journalists Fear War on Media Amid Crackdown
AINA (press release)
“The numbers speak for themselves,” said Haluk Sahin, professor of journalism at IstanbulsBilgi University. “With nearly 100 journalists in jail, you cannot claim that Turkish democracy is in good shape.” Reporters Without Borders recently ranked

from Bianet :: English
Ministry of Defense report passes over the questions directed by the parliamentary committee. The chain of command and the specifics of the operation that left 34 villagers dead, is still blurred. 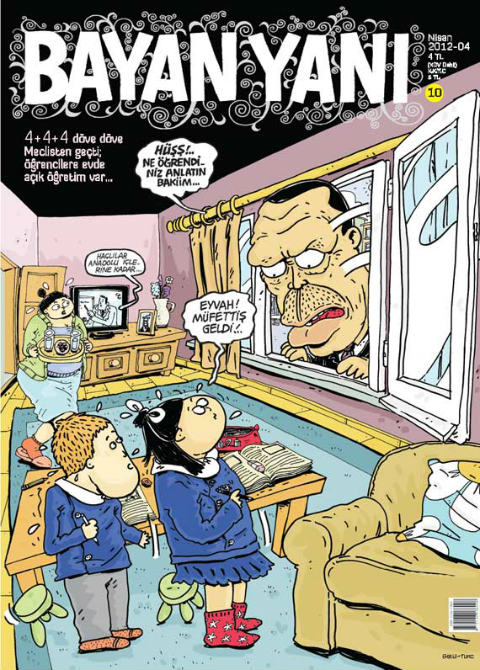 from Hurriyet Daily News
People intervening in Turkey’s landmark case over the 1980 military coup recounted memories of torture and abuse at the hands of security forces today.

from Today’s Zaman, your gateway to Turkish daily news :: Columnists by BERİL DEDEOĞLU
It is inevitable for countries that need to build a more transparent and democratic state structure to face their past.

from Today’s Zaman, your gateway to Turkish daily news :: Turkish Pre by Ahmet Altan Taraf
I waited for three months, but no one spoke about the Uludere incident, which saw 34 smugglers mistakenly killed by the military in Şırnak?s Uludere district. Finally, the military has made a statement about Uludere.