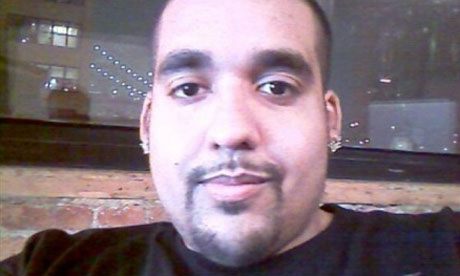 The Guardian has more on the big hacking news which Fox News broke yesterday (as noted in a post by Rob). “Sabu,” the trash-talking, self-appointed leader of LulzSec, has been working for the FBI for the last six months. The FBI says he helped the US and various European governments identify and arrest five alleged LulzSec members charged with participating in defacement, DDOSing, and “doxing” against high-profile government and corporate targets. Sabu (above) is, in now identified as Hector Xavier Monsegur, a 28-year-old unemployed Puerto Rican guy living in New York, and a father of two. He was charged with 12 criminal counts of conspiracy to engage in “computer hacking and other crimes” last year, pled guilty in August, 2011, then “snitched” on his LulzSec friends.

In what looks to be a massive blow to the loose-knit online collective LulzSec, the FBI has reportedly been working with the so-called leader of the group ?Sabu? to bring down its other members, Fox News reports.

from BBC News | Europe | World Edition
Facebook was inaccessible for many users across Europe for about two hours on Wednesday morning due to “technical difficulties”.

The ACLU has brought suit against the Minnewaska (Minnesota) Area Schools and Pope County over invasions of students’ privacy relating to a pair of incidents. In the first incident, a 12-year-old student was disciplined for complaining on Facebook that she “hated” a hall monitor who was “mean” (the school characterized this as “bullying”). In the second instance, a sheriff’s deputy and school administrators required the student to turn over her Facebook password after her boyfriend’s mother complained that the student and her boyfriend had been talking about sex on the social network. 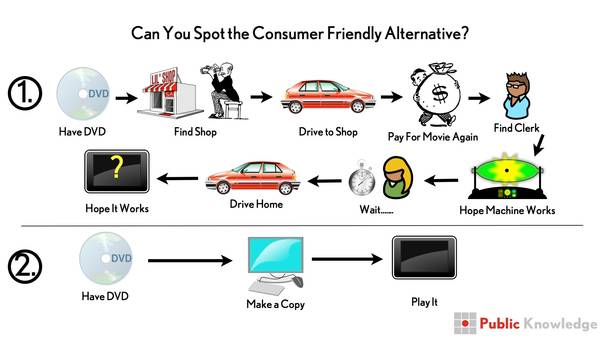 Here’s a scathing editorial from Public Knowledge’s Michael Weinberg on the Warner Home Entertainment announcement of a new “service” that allows you to legally rip your DVDs by driving over to a special DVD-ripping depot and paying a fee to have them converted to DRM-locked formats that only play in approved devices. Warner calls this “safe and convenient.”

Considerable misunderstanding about what the Anti-Counterfeiting Trade Agreement (ACTA) is, and especially what it is not, should be addressed before the European Court of Justice gives its verdict within two years, federations protecting copyrights told EurActiv.

Why has the Internet changed so little?, James Curran

The Internet Age was meant to change everything – internationalism, commerce, journalism, government – all would be transformed, made equal and boundless by the click. It’s time to admit this has simply failed to happen, and what is more interesting than the bad forecasting is the reason that they seemed so tempting in the first place. (This is the text of a lecture delivered in Sydney in December 2011)

from Boing Boing by Cory Doctorow
Michael Geist sez, “As protests in Europe against ACTA have grown, skeptics have argued that most criticisms are based on misunderstandings or incorrect information about the treaty. This week, the European Parliament held its first public workshop on ACTA. I appeared on the lead panel and received ten minutes to demonstrate why the agreement raises major concerns on process, substance, and likely effectiveness.”

by Mike Barton
If you’ve dismissed Google Play as just a rebranding of various Google media sites, Wired.com’s Mike Isaac dispels that notion, calling it “Google?s iTunes moment.” But a bigger takeaway on Google Play is that the cloud has gone prime time on Channel G, making for a critical mass of cloud consumers.

by Cade Metz
Facebook is exploring a technology that controls temperatures in the data center by automatically moving software workloads among servers according to the air pressure on either side of each machine.

The Perfect Storm for Cloud Computing

by Todd Nielsen
Technology innovation, internet availability, and the generation factor will contribute to create great opportunities for some, and dangers for other, writes Todd Nielsen.

from social media vb by Tommy Griffith
While many people focus on the number of “likes”, “tweets”, “+1’s” and “pins” in their marketing campaigns, Tommy Griffith takes an entirely different approach to social media through the eyes of search engine rankings

from kottke.org by Jason Kottke
If you’re actually reading this on the site and not in RSS (guys, come on in from the cold, don’t be shy), you’ll already have noticed that I changed the “look and feel” of the site. In doing the design, I focused on three things: simplicity, the reading/viewing experience, and sharing.

from TorrentFreak by Rick Falkvinge
Let?s start around the beginning of the Industrial Revolution. In that day and age, copyright monopoly laws were in force in the United Kingdom, and pretty much the United Kingdom alone (where they were enacted in 1557). You know the ?Made in Country X? that is printed or engraved on pretty much all our goods? That originated as a requirement from the British Customs against German-made goods, as a warning label that they were shoddy goods made in Germany at the time. It spread to pretty much global use.

from EFF.org Updates by maira
Google?s new privacy policy took effect last Thursday, following several weeks campaigning to educate users on the changes. The policy will allow them to consolidate users? data across all of its services and platforms, in a move they claim will both improve user experience and make their policy ?easier to understand.? The international privacy community, however, is having none of it. Lawmakers, privacy authorities, technical experts, and privacy organizations around the world are releasing public statements and direct letters to Google representatives that are critical of the new policy. Advocacy groups criticize and condemn the changes, and the European Union, Japanese, and Canadian privacy authorities have released statements indicating that the new policy may violate their domestic privacy laws. Google meanwhile, seems to be ignoring the global outcry, dismissing criticism as ?chatter and confusion.?

The future of online video meetings

How to Kick-Start Your Email List in Easy 4 Steps

from Daily Blog Tips by Daniel Scocco
Most bloggers and webmasters know that an email list is one of the most profitable online assets they can have, yet few actually build one. I wonder why that happens, as getting an email list going is not that hard. In this post I?ll give you 4 steps to kick-start your own email list.