Yandex, Russia?s biggest Internet search and related services company, this morning announced the launch of a?social search program? (note: links to page in Russian), aiming to inject content and account information from a wide variety of local and international social networks into its search results over time.

How Setting the Cloud Free Could Change the Internet Forever

Upvote This: Reddit Users Are Writing a Law to Protect the Internet

from Mashable! by Alex Fitzpatrick
Redditors are well known for posting memes, self-referencing jokes and collecting upvotes and karma. But writing legislation to protect the Internet? That?s something new, and it?s happening at ?r/fia,? a Reddit community that?s writing the Free Internet Act, or FIA….

from social media vb by Matt Hamilton
Facebook is changing the way many businesses interact with their customers and promote their company. It is very exciting to have a tool that costs nothing but is powerful and gives the opportunity to reach hundreds, thousands, even millions. It isn?t just big brands that are finding success on Facebook, even small mom and pop stores are unleashing the potential to reach new customers in their community. There are many ways to use Facebook for business and since the resource is free it?s important to utilize the sites full potential. I hope that the following list gives you some great ideas for your own business Facebook use.

According to a press release by the Greek police, its Cybercrime division has arrested an eighteen-year-old and identified two other teenagers it accuses of having defaced the Greek Ministry of Justice website.

Are You Using LinkedIn Marketing Tools?

from social media vb by BradFriedman
LinkedIn offers a number of ways for you to market your service, product and brand.

Kuwaiti detained for 21 days for his tweets, amid calls to have his citizenship revoked

Pinterest and the Fascination with Shiny, New Social Toys 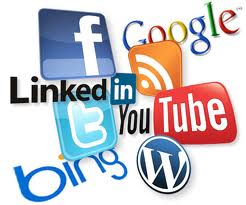 Have you joined Pinterest yet? No? Come on, it?s the hottest thing since sliced bread. There hasn?t been this much excitement about a new social service since, well, Google+?or was it Path?

More than half of the UK population now owns a smartphone, says report 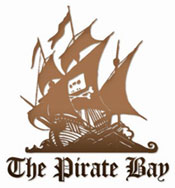 During May 2011, the Copyright Information and Anti-Piracy Centre (CIAPC) and the Finnish branch of the music industry group IFPI filed a lawsuit at the District Court of Helsinki.

VPNs reportedly blocked in Iran, with yet another crackdown on Internet access

from The Next Web by Dan Taylor

There?s absolutely no doubt that the rise and popularity of online video sharing is changing the way brands and individuals market, advertise and sell. If your company hasn?t already jumped into the fray with a video (or 10), you?re missing out on a massive market. If you?ve scripted, created, edited, and uploaded, it?s fairly shortsighted to ?YouTube it? and forget it, as there are a number of other video hosting options available.

from social media vb by David Amerland
There is a formula which is guaranteed to produce total social media marketing success, provided we actually get it right.

from Mashable! by Mona Abdel-Halim

Google fires back at Microsoft on tracking: Internet Explorer is ?widely non-operational?

from The Next Web by Jon Russell
The war of words between Microsoft and Google has just been a raised a notch after Google released a statement in which it criticises the the Redmond-based firm, saying that settings for its Internet Explorer Web browser are ?widely non-operational?.

5 Places to Get Digital Textbooks

from Mashable! by Amy Burke
The days of shuffling that 10-pound textbook to class or those countless fiction novels in your backpack are slowly but steadily coming to a close. With ebooks, your wallet may gain a few pounds as well, as you will be spending a lot less money on books.