from FT.com – World, Europe
The president of the eurozone finance ministers said a decision on the ?130bn bail-out package for Greece would not be agreed until next week

by Open Europe blog team
We put out a briefing note today outlining the ten questions and issues that still need to be resolved in the coming weeks in order for Greece to avoid a full and disorderly default on March 20.

from BBC News | Europe | World Edition
Nicolas Sarkozy formally declares he will stand for re-election as French president on 22 April, with Francois Hollande his main rival.

The End of the Road? 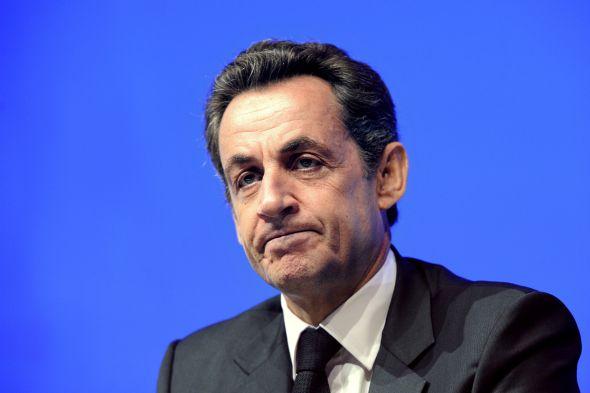 Nicolas Sarkozy officially announced his candidacy for re-election during a televised appearance broadcast on TF1 last night. The decision hardly came as a surprise. UMP officials had kept tight-lipped about the President?s schedule, but his recent foray into Twitter and lengthy interview in Le Figaro on Sunday fuelled well-founded speculation in Paris. Sarkozy had hoped to delay the announcement until March, but it is believed that party officials? exasperation and his unpopularity in the polls forced his hand. As Francois Hollande, election frontrunner and Socialist candidate slyly commented on Tuesday morning, ?it seems [that the announcement] comes earlier than expected, don?t you think? Perhaps he believed it was a matter of urgency?.

What are his chances?

from euro|topics
French President Nicolas Sarkozy on Wednesday officially announced his candidacy for the presidential elections slated for April 22. In opinion polls he trails behind his Socialist challenger François Hollande. Sarkozy’s departure would represent a loss on the international stage, some commentators write. Others see him as a symbol of the decline of France, whose policies will be dictated by Germany even after the elections.

French President Nicolas Sarkozy formally declared his candidacy for a second term on Wednesday (15 February), focusing his campaign on rebuilding France’s “strength” and on his own “dynamism” to steer his country and Europe out of the crisis.

?Le candidat? may yet falter at Sarko?s feet

from FT.com – World, Europe
The French presidential campaign is Hollande?s to lose. But his policy efforts so far suggest he could just manage that feat, writes Howard Davies

Debating Europe: European Youth Poll: The Future of the Internet

from Bloggingportal.eu – Today’s posts
Last week, Debating Europe published a number of posts on the future of the Internet. We?ve asked you for your comments on Internet regulation, online safety, government versus personal responsibility, digital piracy and Europe?s digita

A personal journey to the heart of Greece?s darkness

More delays in Greece may not be an option…

by Open Europe blog team
Following another postponed meeting of eurozone finance ministers, there have been reports that the eurozone could try to delay the second Greek bailout package (possibly until after the elections in April) or just pushed ahead with part of it (the voluntary restructuring of Greek debt).

from euro|topics
The ambassadors of ten Central and Eastern European states have lodged a complaint with the Dutch government over the website of Geert Wilders’ right-wing populist PVV. The site calls for people to report “problems with Eastern Europeans“. The fact that Prime Minister Mark Rutte hasn’t distanced himself from the message is extremely embarrassing for the Netherlands, commentators write, and fear the incendiary website could do serious damage to the entire EU.

from EurActiv.com
A website launched by the Dutch Freedom Party (PVV) to collect citizens? complaints about Polish, Romanian and Bulgarian nationals has unleashed a flurry of comments on the Web. The EurActiv network reports.

Is Spain Going Greek On Statistics?

by Open Europe blog team
Spain seems to be doing its best to steal a couple of headlines from Greece. Why? Well, according to sources quoted by Reuters, the European Commission suspects that the newly elected centre-right government led by Mariano Rajoy (pictured) might have inflated Spain’s deficit figures for 2011 – potentially a pretty harmless exercise, given that the new cabinet only took office before last Christmas, meaning most of the blame for failing to meet the deficit reduction targets will fall on its predecessor anyway.

by Grahnlaw
In the blog post EU Commission roadmap: A Single Market for Intellectual Property Rights, we looked at the issues listed in the communication 24.5.2011 COM(2011) 287 (available in 22 language versions).

by Grahnlaw
The digital agenda and the intellectual property agenda of the EU are closely related.

On 24 May 2011, the same day the European Commission published its strategy paper A Single Market for Intelletual Property Rights COM(2011) 287, it also proposed new measures to toughen the control at the borders of the customs union.

For an overview, you can read MEMO/11/327 Customs enforcement of intellectual property rights ? Frequently Asked Questions.

from FP Passport by Joshua Keating
A new “Alert Mechanism Report” from the European Commission looks at macroeconomic data from across the continent and labeled 12 countries as warranting further scrutinty, including four of the continent’s five largest economies. The AMR is part of legislation aimed at bolstering economic surveillance in countries beyond those — Greece, Ireland, Portugal and Romania — that are already under examination as part of assistance programs. The indicators examined included current account balance, export market shares, hous prices, private and public sector debt, and unemployment rates, among others.

Managing the word on the (Brussels) street

What does it take to weather a reputation storm in Europe?s capital? FH Brussels mulls it over at European Public Affairs Action Day.

Reputation. Built over time; destroyed in an instant. Coveted but capricious, it can seem uncontrollably fragile when disaster hits. But it is possible to keep reputation safe and sound in the face of adversity ? if you nurture a reputation nest egg when the going?s good.  We invited two industry professionals with reputation success stories to tell to join our panel at this year?s European Public Affairs Action Day, a yearly get-together for public affairs types in the know in Brussels.

The ageing demographic: Nothing to fear but fear itself (Analysis)

from EurActiv.com
Sweden’s prime minister suggested recently that in future citizens might have to work until 75 before receiving pensions. Fears are widespread about the knock-on effects of the sharply ageing demographic in Europe. Leading demographer Andreas Edel argues that Europeans need to look on the bright side of a longer life.

from Blogactiv by conorbjorn
At the end of January, European heads of state gathered for a European Council meeting to discuss the latest draft of the new fiscal compact, the treaty initiated by Angela Merkel and Nicolas Sarkozy at the previous summit in December 2011. With the exception of the UK, all member states have voiced their support of the fledgling agreement. As negotiations continue however, criticism of the new treaty (or inter-governmental  agreement, as it more correctly termed) has poured in from all angles. The European Parliament has passed a resolution opposing it, while European trade unions have called for a European day of protest on February 29th, the day before the negotiations are set to be concluded.

Hungary: Another Environmental Catastrophe in the Making

from Global Voices Online by Atlatszo.hu
Parts of this text were published on Atlatszo.hu.
In October 2010, a toxic spill from a red sludge reservoir in Kolontár caused the greatest environmental disaster in Hungary’s recent history. Toxic water and mud flowed through the nearby villages, killing ten and injuring many inhabitants who had not been informed about the danger of getting close to the deluge.

The European leftist and the USA, Marcus How

from open Democracy News Analysis – by Marcus How
European expectations of the emergence of an American social democratic movement after the election of Barack Obama were unrealistic, owing to different historical experiences on both sides of the Atlantic. Social democracy in the United States wouldn’t follow the European example.

Poles go cold on the euro

by Open Europe blog team
In our daily press summary this morning we covered an interesting Polish CBOS opinion poll which found that support for eurozone membership had fallen to an all time low: only 32% of respondents declared themselves in favour, compared with 60% against. Over the past decade therefore support for joining the euro has halved; an all time high of 64% was recorded in July 2002. Given that the stated goal of the Polish government is to join in the euro in the next few years ? indeed it is bound by the EU Treaties to join at some point in the future ? the rising public opposition is significant.

Innovation is the Key to European Prosperity

from Blogactiv by Eberhard Rhein
Europe?s prosperity is at risk! European companies, small or big, are falling behind their American, Japanese, Korean, Chinese, Canadian and Australian competitors in terms of the innovation. They are less creative and slower to adapt to ever new international market conditions. The fates of once successful companies like Nokia, Vestas or major investment banks demonstrate that firms only have the choice between innovation and decline.