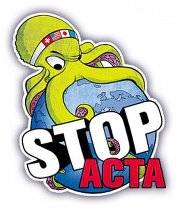 from Boing Boing by Mark Frauenfelder
VeriSign Inc., the company responsible for assuring that more than half the world?s websites are authentic, was hacked multiple times in 2010, and the thieves succeeded in stealing information, reports Christopher Maag inCredit.com

from TorrentFreak by Ernesto
With their unconditional support for SOPA, PIPA and ACTA, Hollywood is pressing hard for new legislation to curb piracy. The studios want ?rogue? websites to be censored and are calling on Google and Internet providers to take responsibility.

Pinterest: Everything You Wanted to Know About 2012?s Hottest Startup [INFOGRAPHIC]

from Mashable! by Todd Wasserman
Pinterest has emerged as the runaway social media hit of early 2012. You probably knew that already. But did you know the company just has 12 people? Or that 97% of Pinterest?s Facebook fans are women?

from social media vb by gursharn
I?ve been exploring Pinterest over the last few days and have become victim to its addictive layout and discovery possibilities. It?s almost like the first time I was on the internet? you just dig deeper and deeper and the next thing you know, it?s 3 hours later (or 3am so I?ve decided to blog about it).

from social media vb by Nina Churchill
Pinterest will continue to grow fast, hopefully catching the eye of a more diverse set of users (i.e. men), making Pinterest a better place for more unique companies to participate. If you think your company would be great on Pinterest, go ahead, start pinning!

from MediaShift
It’s almost impossible to explain Pinterest to someone who has never been on it.
And now that it’s hit the big time, there’s a lot of explaining to do — especially, it seems, to men who can’t seem to avoid hearing about Pinterest from the women in their lives.

KILL ACTA: give the EU an earful about secret copyright treaties in Brussels tomorrow at 2PM (and more protests all over the world)

from Boing Boing by Cory DoctorowTomorrow marks a day of global protest against ACTA, the profoundly undemocratic copyright treaty that was negotiated in secret, and which governments are signing up for without democratic review and debate from elected representatives. In Brussels, thousands will mass at the Bourse De Bruxelles at 2PM to give the EU an earful.

from Boing Boing by Cory Doctorow
Alan Moore, writer of V for Vendetta and enigmatic wizard of comicology, describes the relationship between the Guy Fawkes mask and Anonymous, anti-ACTA protests, and the Occupy movement. Beginning with the Moore-ish phrase, “Without wishing to overstate my case, everything in the observable universe definitely has its origins in Northamptonshire, and the adoption of the V for Vendetta mask as a multipurpose icon by the emerging global protest movements is no exception,” Moore goes on to semi-seriously condemn the ugly reality of post-capitalist winner-take-all economics and explain why V for Vendetta has found such fertile soil in this decade.

Corporate Blogging on the Decline

13 Gadgets We Love on Valentine’s Day

from Wired Top Stories by Gadget Lab Staff
In honor of Valentine’s Day, we give you 13 lustworthy gadgets to which we profess undying love and affection. (And, please, let?s not have any of those awkward silences tomorrow morning.)

from Mashable! by Amy-Mae Elliott

Will Google?s Latest Algorithm Push Your Blog to the Bottom of Search Results?

from social media vb by KieshaEasley
The latest change quite simply seeks to make the ?freshest? or newest searches more relevant. Which means that if you?re blogging about something current, in a personal way, recounting a first-hand experience or providing information or products that are what people are looking for and can connect to right now, then this change should, in effect, benefit you.

from social media vb by DanielMcGaw
You might be wondering why there are many posts made by you and your friends but why only a few of them are seen in the News Feed? In order for your post to be seen on the feed, there are three components you have to remember: affinity, weight, and recency. Each of these components plays an important role in the edge rank algorithm. Therefore, edges seen on your News Feed are not randomly selected.

from social media vb by hanelly
There is a growing desire for digital content; online video in particular. With the increasing numbers of tablets and web enabled TV?s and Tivos in the hands (and on the walls and TV stands) of consumers, the demand for compelling online video has grown exponentially compared to the amount of quality content available.

from The Official Google Blog by A Googler
We launched Google Public DNS in December 2009 to help make the web faster for everyone. Today, we?re no longer an experimental service. We?re the largest public DNS service in the world, handling an average of more than 70 billion requests a day.

from social media vb by mlewis1
For us marketers engaging in a dialogue with your key audience and cultivating that ongoing relationship is crucial to maintaining brand awareness and loyalty. Social TV is no exception. In the largely uncharted waters of social media, Social TV is an arena marketers can no longer afford to ignore. People are using this space at a rapidly growing rate, and certain television networks, like Discovery Communications LLC and USA Networks, are reaping the benefits. In this post, I?ll discuss what Social TV is reviving an industry, pronounced by many pundits as slowly dying. What can we as brand marketers learn from this Social TV revolution in media? Plenty.