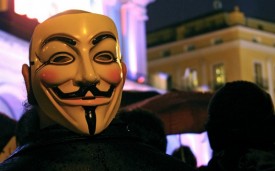 Anonymous is on the move. The hacker group has claimed credit for coordinated attacks and leaks against the U.S. government and international law enforcement agencies Friday. According to Twitter accounts associated with the group of ?hacktivists,? more activity can be expected throughout the day.

from Wired Top Stories by Kim Zetter
As FBI and Scotland Yard investigators recently plotted out a strategy for tracking suspects linked to Anonymous, little did they know that members of the group were eavesdropping on their conference call and recording their plans.

Anonymous on the offensive as it records FBI call, hacks government sites

from Mashable! by Christine Erickson
Facebook took social media by storm on Wednesday after the company filed the preliminary prospectus for its long-awaited initial public offering. The company is seeking to raise $5 billion.

from MediaShift
Welcome to the 36th episode of “The Mediatwits,” the weekly audio podcast from MediaShift. The co-hosts are MediaShift’s Mark Glaser and Dorian Benkoil, who is filling in for Rafat Ali. It’s been a crazy week in media + tech, with Google privacy concerns, Amazon falling short in earnings, and much more. But the dominant news was Facebook filing for an IPO, with demand to read its S-1 crashing the SEC’s servers. The startup had $3.7 billion in revenues, with $1 billion in profits last year, and showed tremendous growth in users and advertising. Can anything slow down the juggernaut on the way to raising $5 billion in a public offering? We talked to special guest Nick O’Neill, founder of AllFacebook.com, who was impressed with the user engagement on the social networking site.

This Week in Review: Twitter?s censorship compromise, and Facebook files with big numbers

Twitter spells out its censorship policy: Just a couple of weeks after the SOPA/PIPA fight came to a head, Twitter pushed the discussion about online censorship a bit further when it announced late last week a new policy for censoring tweets: When Twitter gets requests from governments to block tweets containing what they deem illegal speech, its new policy will allow it to block those tweets only to readers within that country, leaving it visible to the rest of the world. Twitter will send notice that it?s blocked a tweet to the censorship watchdogChilling Effects.

Busted By The FBI: The Life Of An Elite Teen BitTorrent Uploader

from TorrentFreak by enigmax
In the early part of the last decade when they were still the innocent side of 15-years-old, one schoolfriend showed another an Iomega ZIP drive (right) full of ?warez? ? games and software with a big fat zero written on their price tag.

Pew data: Facebook has room for passives as well as actives 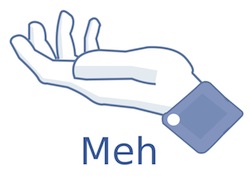 If it?s so much better to give than receive, why are some Facebook users sitting on their hands?

from social media vb by streetpella

I?m not the most avid user of social media. It?s not the media part that turns me away ? I?ve spent more than a decade of my life writing for various print and online publications. I understand the value of sharing information. It?s the social part that gets me ? I?m kind of a loner. Social media is like an online conversation, and there are many times when I don?t feel like conversing.

from social media vb by tmonhollon

Did you know that American Internet users spend more time on Facebook than any other site? Not only is it the site with the second-largest U.S.

The Strange and Epic Lifestyle of Megaupload?s Kim Dotcom

from Mashable! by Brandon Smith

Best Quora Guides and Insights of 2011

from social media vb by TomPick
…are Quora?s best days still ahead? Will it go the way of MySpace? Or will it fill a niche and level off? In any case, here are a few of the best Quora how-to guides and insights of 2011. As things stand now, there?s unlikely to be a 2012 version of this post next year.

from social media vb by JesseBardo
Social media monitoring is a crucial component for any social media strategy. Your institution needs to decide whether an enterprise application is worth the steep investment. Remember that they are only tools, meaning that the person operating them determines their effectiveness.

from Mashable! by Chris Taylor
So you just got a Facebook friend request from a woman you don?t know. Maybe she?s already connected to some of your friends, maybe she isn?t, but she has about 700 friends total. She seldom updates her profile, but tags her photos like crazy. She went to a college relatively close to her high school. She isn?t too interested in entertainment, but she is interested in both men and women.

from social media vb by emoderation
Final part in eModeration’s 5 part series on Pinterest. A look at how 100+ brands are using the platform now.

Facebook ?Power Users? Do Most of the Liking, Tagging and Commenting [VIDEO]