No arrest for Armenian soldier?s killer

from Hurriyet Daily News
A military court in the southeastern province of Diyarbakır ruled Jan. 30 to continue without arrest the trial of suspect Kıvanç Ağaoğlu in the case of Sevag Şahin Balıkçı, a Turkish citizen of Armenian origin killed under dubious circumstances while performing his military service in 2011.

from Hurriyet Daily News
A top officer accused of alleged negligence in the murder of journalist Hrant Dink..

Access Denied, We’re Raising a Religious Generation
from The Istanbulian by Emre Kızılkaya 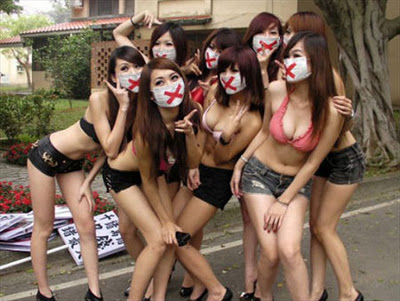 “We will raise a religious generation,? Turkey’s Prime Minister Tayyip Erdoğan said at a party gathering.

“You are not a pious man but a religion-monger,” main opposition leader Kemal Kılıçdaroğlu slammed Erdoğan for exploiting people?s religious feelings.

from Bianet :: English
The Dev-Yol main trial was closed by prescription after 30 years. The case started with 723 defendants in 1982. At last, procedures were continued against 21 defendants. Lawyer Mehdi Bekatş said that this decision was expected.

104 Journalists and 30 Distributors in Prison

104 journalists and 30 distributors went to jail until the end of 2011. The journalists are in prison under allegations of affiliations with illegal organizations in the scope of the Anti-Terror Law and the Turkish Criminal Law. 94 out of these 134 press workers are from Kurdish media outlets.

Five of the 104 detained defendants of the main trial about the Union of Kurdish Communities were released pending trial on 27 January. A total of 152 defendants stand trial in the Diyarbakır case that has been pending for 3 years.

Hrant Dink’s Voice
New Yorker (blog)
Last week, tens of thousands of people marched from Istanbul’s Taksim Square to the offices of the Armenian weekly Agos to commemorate the death of its founding editor, Hrant Dink, and to protest a long-awaited verdict against Dink’s murderers

Turkey: New Finds Reignite Search for Kurdish Mass Graves
EurasiaNet
That changed several years ago, especially because of the high-profile Ergenekon case — an investigation into an alleged ultara-nationalist plot to topple the government — which, despite its flaws, has managed to land some formerly untouchable

from Hurriyet Daily News
Parliament?s Human Rights Commission has concluded that inmates at a military prison in southern Turkey were subjected to psychological distress due to 24-hour fluorescent lighting and constant surveillance.

from Hurriyet Daily News
The Peace and Democracy Party (BDP) has launched an unlikely move to press the International Criminal Court (ICC) to investigate the killing of 34 civilians last month in the botched Turkish air raid near Uludere at the Iraqi border.

from Hurriyet Daily News
The number of imprisoned journalists in Turkey rose to 105, according to a written statement issued yesterday by the Platform of Solidarity with Imprisoned Journalists.