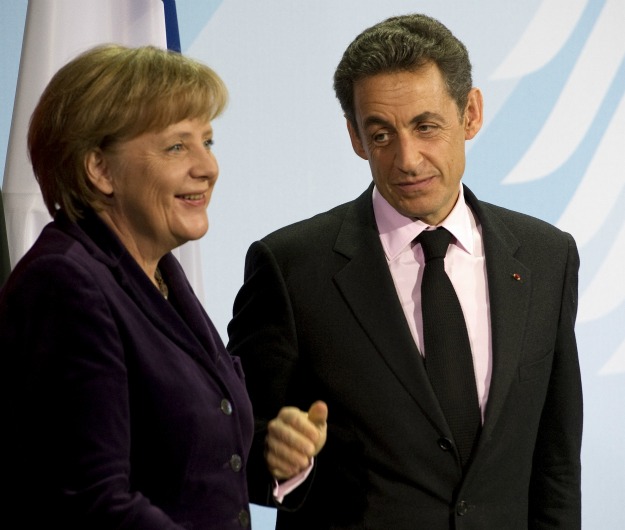 Sarkozy gambles on the Germany connection

from FT.com – World, Europe
The French president has boldly given Germany?s Angela Merkel a starring role in his bid for re-election

from BBC News | Europe | World Edition
The unemployment rate in the eurozone hit a record high of 10.4% at the end of last year, the Eurostat agency says.

The politics of the eurozone crisis took several new twists and turns over the weekend, including the news that Angela Merkel intends to step in and ?actively? support Nicolas Sarkozy?s Presidential re-election campaign (although he is yet to formally announce his candidature) against the Socialist candidate Francois Hollande. It is understood this involvement could take the form of joint campaign appearances.

from EurActiv.com
The outcry of certain MEPs regarding the Hungarian constitution is unreasonable, writes David Fieldsend from CARE, as the provisions included are inextricably linked with the original European norms and values

from euro|topics
Athens has rejected the German proposal for an EU budget commissioner to be appointed to oversee Athens’ finances. If the debt-stricken country continues to resist it will have to leave the Eurozone, some commentators write, while others doubt the measures called for by Germany will be at all productive. 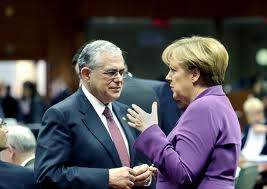 Despite being locked together in economic turmoil for almost two years, the reports which emerged over this weekend further suggest that Germany still does not understand the depth of some of the problems facing Greece (and that they cannot be tackled by a one dimensional policy).

from FT.com – World, Europe
Companies the world over are falling over themselves to blame the eurozone for weaker than expected results. Investors should be sceptical

from Blogactiv by Blogactiv Team
Guest post by Dan Luca
The communication strategy of the EU institutions needs to be constructed and adapted in order to really connect with the citizens. People want to know what is going on, but they will focus on issues that are most important to them personally. It is therefore imperative to not annoy anyone with technical and irrelevant details, which will disconnect them. People need to be informed: correct and complete, without any manipulating tendencies.

from Social Europe Journal » Blogs by Paul Krugman
I?m giving a talk in Paris today. Here are some slides; they won?t come as a shock to regular readers, but it may be useful to see them all in one place.

from euro|topics
All EU states, with the exception of the UK and the Czech Republic, agreed to adopt a fiscal compact for more budget discipline at the EU summit on Monday. But the agreement hardly improves on existing law, some commentators write, while others fear it will imperil the economic upswing.

From eurosceptics to disappointed Europeanists

from Blogactiv by thinkyoung
The new threat to European identity
Four or five years ago, nearly every European Union official was looking to make national newspaper headlines. Today, the EU is a fixture on the front page ? but not in a way we expected.
Four to five years ago too, the European Union was encouraging its citizens t

Greece will not exit the Euro ? Groundless threats and speculation

Sarkozy to bring in German-style reforms

from FT.com – World, Europe
French president plans to reinvigorate economy and boost his re-election prospects after strong public performances by his main challenger

from FT.com – World, Europe
German chancellor pressed to demand stricter fiscal discipline from her eurozone partners at an extraordinary summit in Brussels

“The Challenges of the Eurozone” by Henning Meyer

from Social Europe Journal » Blogs by Henning Meyer
Al Jazeera International produced a good roundup of the current problems of the Eurozone. I gave my two pennies worth at the end of the report:

from washingtonpost.com – Op-Ed Columns by David Ignatius
DAVOS, Switzerland
The organizers of the World Economic Forum were self-critical enough to organize panels this year on such dark topics as ?Is Capitalism Failing?? and ?Global Risks 2012: The Seeds of Dystopia.? And these were just the latest in a series of annual ruminations here on the troubles of the globalization movement the conference symbolizes.

The year 2012 seen from Eastern Europe

from Ideas on Europe by Mateusz Hudzikowski

It is year 2012 now and still the most significant questions for Europe remain unanswered. How we, European citizens, are going to deal with so called financial crisis? Will European Union live through economic troubles in each member state and what will be the impact of it? What will happen with EU in the world where Asia starts to play greater and greater role and the West is grappling with new problems such as Iranian ambition of becoming a world power?

from The European Citizen by Eurocentric
We’ve got our new Fiscal Stability Treaty (which you can read here). Frankly, it’s hard to know how to approach it, given the fact that I’ve posted about it when it came out and on the problem it poses for the European left. Not much has changed in terms of the general aims and principles of the compact. Also there’s a great summary of the text over at the European Union Law Blog: