EFF: “What Does Twitter?s Country-by-Country Takedown System Mean for Freedom of Expression?”

What Does Twitter?s Country-by-Country Takedown System Mean for Freedom of Expression?

from EFF.org Updates by eva
Yesterday, Twitter announced in a blog post that it was launching a system that would allow the company to take down content on a country-by-country basis, as opposed to taking it down across the Twitter system. The Internet immediately exploded with allegations of censorship, conspiracy theories about Twitter?s Saudi investorsand automated content filtering, and calls for a January 28 protest. One thing is clear: there is widespread confusion over Twitter’s new policy and what its implications are for freedom of expression all over the world.

Internet scorn for Twitter’s announcement that it would censor tweets was swift and unforgiving. But even free-speech and other experts were divided on the service’s move that it might censor tweets if required by law in “countries that have different ideas about the contours of freedom of expression.”

from Mashable! by Josh Catone

Twitter adopts country-specific censorship regime – how will that work?

by Cory Doctorow
As Xeni wrote, Twitter has adopted Google’s tactics for coping with legally binding censorship demands: from now on, when it receives a legal demand to censor a tweet, it will only censor that tweet for users in the country from which the demand emanates. Other countries’ users will still see it. Users in the censored country will see a notice that material has been censored. Additionally, all censorship demands will be archived atChillngeffects.org, a clearinghouse that tracks Internet censorship.

by Xeni Jardin
From the Guardian: “Earlier this month the FBI quietly published a request for information (RFI) looking for companies that might help it build a new social network monitoring system looking at “publicly available” information. Contractors have until 10 February to suggest solutions.”

China: Not Worried About Twitter’s Decision to Self-Censor

from Global Voices Online by John Kennedy
Twitter’s announcement Thursday that the site will begin censoring content according to the relevant laws, regulations and policies of each country in which it has users was followed not only by American netizens, but discussed as far away as China.

from Boing Boing by Xeni Jardin
“With enough global data, you can actually see the traffic drop when the shutdown occurs.” Internet traffic analysists at Arbor Networks examined recent worldwide data flow and determined that Megaupload was taken offline just after 19:00 GMT on January 19. Internet traffic all over the world dropped in the two hours that followed. Top users of Megaupload were the US, France, Germany, Brazil, Great Britain, Turkey, Italy, and Spain.

from Social Media Week by Abigail Elise
Activision, the 33 year-old publisher of 2011?s Call of Duty: Modern Warfare 3, recently announced that the title became the quickest entertainment product to reach $1 billion in international sales. Developed by Infinity Ward, the first-person shooter accomplished this feat in a mere 16 days. The title even edged out James Cameron?s 2009 blockbuster Avatar, which brought in sales of $1 billion in 17 days. This is somewhat of an impressive feat for a video game to accomplish, especially in a downtrodden economy.

The SOPA-PIPA Saga – Freedom of Speech vs. Net Neutrality

from Stanford Center for Internet and Society by Allen Yu
Many – like me – watched with great interest the defeat of SOPA and PIPA last week. The unpopular bills were defeated due in no small part to a well-coordinated high-profile protest by Internet companies like Google and Wikipedia. Millions flocked to sign and send petitions to denounce the bills.The rapid mobilization of public opinion surprised many, prompting many to pronounce in a new era of Internet-based mobilization.

from The Meta-Activism Project by Kate Brodock

Egypt and the Arab Spring +1 Year

from The Meta-Activism Project by David Faris 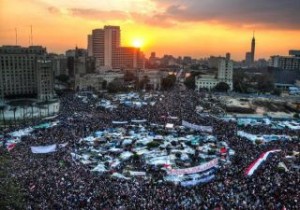 As hundreds of thousands throng Cairo?s Tahrir Square today in celebration, remembrance and continued vigilance, it is worth thinking through the implications of these remarkable events for our understanding of digital activism. My book on the Egyptian revolution is forthcoming, but if I could distill 5 important takeaways, they would be this:

from Wired Top Stories by Scott Gilbertson
A new website helps web developers decipher the often confusing world of HTML5 and CSS 3. Which elements are ready to use? Which are still not widely supported? And where can you find polyfills and fallbacks for older browsers? HTML5 Please has your answers.

from EFF.org Updates by parker
Last week, at the urging of the Dutch anti-piracy group BREIN, the Court of The Hague ordered two ISPs to block subscriber access to The Pirate Bay. This is the second major attempt by BREIN to cut off users’ access to The Pirate Bay in the Netherlands. The first, a 2010 court ruling directly against the popular torrent site, was all but ignored by its founders.

Post- SOPA and PIPA, What?s Next? No Legislation, More Innovation.

from EFF.org Updates by julie
Last week?s historic protests made clear just what the tech community and Internet users are capable of accomplishing when they act together ? not only have the Protect IP Act (PIPA) and its House counterpart, the Stop Online Piracy Act (SOPA), been tabled for now, but in a welcome change, the public debate has increasingly considered the interests of Internet users and the opinions of those who actually understand how the technology works. Despite this, we keep hearing people ask: what?s next? And where do we go from here? Our answers: We don?t need legislation. And let?s keep moving innovation forward.

from Wired Top Stories by Peter Bright (Ars Technica)
In an effort to speed up the web, Google is proposing a number of changes to the standards at the core of the internet — the Transmission Control Protocol, better known as TCP.

Social Marketing Trends to Look For in 2012: Predictions from Top Marketers

from social media vb by mlewis1

from Mashable! by Chelsea Stark

Your Google Information Is Worth up to $5,000 a Year to Marketers [VIDEO]

By now, you may have already checked to see what kind of person Google thinks you are (if you?re a femaleMashable reporter, Google apparently assumes you?re a middle-aged man). Google?s new, unified privacy policycan show you that, as well as how much we pay for the free services that provide Google with that data.

Megaupload: A Lot Less Guilty Than You Think

from Stanford Center for Internet and Society by Jennifer Granick
The recent Department of Justice decision to indict Megaupload for copyright infringement and related offenses raises some very thorny questions from a criminal law perspective. A few preliminaries: I?m responsible for the musings below, but I thank Robert Weisberg of Stanford Law School for taking the time to talk through the issues and giving me pointers to some relevant cases. Also, an indictment contains unproven allegations, and the facts may well turn out to be different, or to imply different things in full context.

Software piracy is vital to preservation

by Cory Doctorow
A PC World editorial by Benj Edwards recounts the history of “copy protection*” for software, and discusses how the cracks-scene, which busted open these software locks, is the only reason the legacy of old software is available today. There’s a trite story about the persistence of paper and the ephemerality of bits, which goes something like this: “We can still read ancient manuscripts, but we can’t read Letraset Ready, Set, Go! files from the 1980s.” This is only true in a very limited sense: if you can crack the copy-protection on R,S,G! you can run it perfectly well in a little Mac emulator on a modern computer, with lots of headroom to spare (the laptop I’m typing this on being approximately ten bazillion times more powerful than the last machine I used R,S,G! on). The business of software preservation and data longevity is a lot simpler than the story would have you believe** (assuming you don’t care about breaking the law to bust open copy protection and to get old copies of Mac System 6.x to run things on). 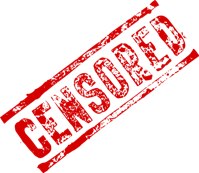 It?s no secret that the entertainment industries believe search engines are not delivering enough when it comes to protecting copyright works. Just last month, the RIAA and IFPI accused Google of massively profiting from piracy, while putting up barriers to make life difficult for rightsholders.

Under Obama, the Freedom of Information Act is Still in Shackles

from EFF.org Updates by rainey
Three years ago this past weekend, on his first full day in office, President Barack Obama issued his now infamous memo on transparency and open government, which was supposed to fulfill his campaign promise to lead the ?most transparent administration in history.? Instead,  his administration has been just as secretive?if not more so?than his predecessors, and the Freedom of Information Act (FOIA) has become the prime example of his administration?s lack of progress.

Of course the public is going to pirate music when 80% of our search results for music direct us to illegal sites. That?s the claim made by a coalition of entertainment industry groups in a private document sent to the U.K. government.