EU to slam Hungary for constitution

from Hurriyet Daily News
The EU executive will demand Hungary row back on controversial changes to its constitution or face possible legal action in warnings to be delivered next week, a European Union source said yesterday.

from euro|topics
Italy and Spain were able to issue government bonds on Thursday at considerably lower interest rates than at the end of 2011. Yields on Spanish three-year bonds sank from 5.2 to 3.4 percent, while those for Italian one-year bonds plunged by more than half to 2.7 percent. The credit for this success should go to the two countries’ new governments and the monetary policy of the ECB, some commentators write, while others warn against jumping to false conclusions.

The draft euro fiscal pact: not great news for the eurozone either… 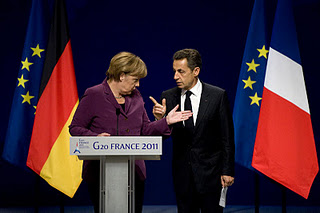 We?ve already reviewed what the latest draft versionof the fiscal compact means for the UK (not much good) being the first in the UK to publish the draft of the compact (beating the Telegraph by a hair). But let?s not forget what the treaty is supposed to be about ? saving the eurozone. There are still those out there, not least the ECB and the IMF, who believe that this treaty can form an integral part of the solution to the eurozone crisis (along with an increased firewall and structural reforms).

The clock is ticking for Sarkozy

from Blogactiv by Georgi Gotev
The Danes said they will conduct a low-cost presidency. I think they made a very good point. Showing up in times of crisis is bad taste.

from euro|topics
At their Monday meeting in Berlin German Chancellor Angela Merkel and French President Nicolas Sarkozy prepared for the next summit meeting on the euro crisis. The Greek bailout and the Tobin tax are firmly on the agenda. But with their half-baked ideas they are wasting valuable time, commentators write, warning that a catastrophe is just around the corner.

What has the ECtHR done for the UK lately?

from Open Europe blog
A detailed report, written by veteran Parliamentary legal researcher Robert Broardhurst, and commissioned by a group of backbench ConservativeMPs including Chris Heaton-Harris MP and AndreaLeadsom MP, has called for action on the European Court of Human Rights (ECtHR) to reinstate Parliamentary democracy.

Brussels v Brussels: Belgium and the EU clash over the budget

from The European Citizen by Eurocentric
The Commission?s scrutiny of Belgium?s draft budget has caused a political backlash from PS (PES) government minister Paul Magnette: 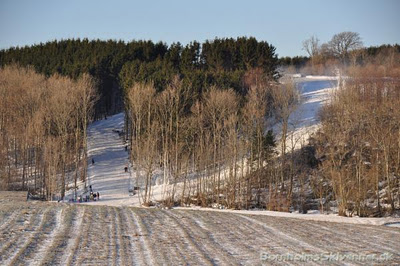 Fresh from giving Denmark some credit for prudent use of taxpayers’ cash, here’s a less flattering story:

by Centre for European Reform
By Edward Burke

As the influence of individual European countries vis-à-vis rising giants such as China declines, many look to the EU?s new diplomatic corps ? the European External Action Service (EEAS) ?? to augment their strength. But in 2011 Britain blocked the EEAS from articulating common EU positions at the UN, the Organisation for Security and Co-operation in Europe (OSCE), and in some foreign capitals, angering other member-states. However, a recent agreement among EU countries over representation at international organisations should allow Britain to adopt a constructive approach towards the EEAS. It may also help to add European weight to British foreign policy objectives.

from Public Affairs 2.0 by fhbrussels
The European institutions have rarely faced a sterner test than in their dealings with Hungary. As defender of the European treaties the Commission must do all in its power to protect the fundamental principles that underpin liberal democracy in the EU, yet any decision to block an EU-IMF aid package until Hungary?s authoritarian measures have been scrapped risks further serious damage to an already fragile European banking sector.

from Global Voices Online by Marietta Le
Hungary is ?enjoying’ an extensive foreign media coverage of the financial and political crisis in the country. Many well-known mainstream media outlets, such as the BBC, the Guardian, the New York Times or Al Jazeera have reported on the January 2, 2012, protests against the new constitution, which came into effect on January 1. Hungarian citizens, too, are constantly using blogs and social media to express their criticism of the government’s measures and share the news of the country’s volatile economy.

Do Americans really hate Europe that much? 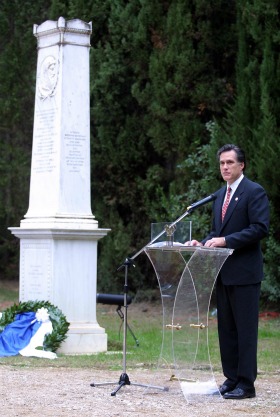 Back in June, shortly after Mitt Romney’s entry into the race, I wrote a short piecenoting the anti-European rhetoric in Mitt Romney’s announcement of his candidacy, and predicting that Republicans would try to pain the president as a Brussels bureaucrat. After all, the “European” charge is a one-stop-shop shorthand for socialist economic policies, timidity in foreign affairs, and suggesting that there’s something not-quite-American about the president without getting into dangerous racial territory.

from Ideas on Europe by Ronny Patz
Together with Andy, I went to the Parlamentarium, the new EU Parliament visitors? centre, yesterday. One day later I actually still don?t know what to think about it. It kind of feels like a cosy and fancy vision of the European Parliament, with some interesting features and some strange things that don?t make sense.

The Euro Fiscal Pact: The saga continues, now with better news for Cameron

by Open Europe blog team
Following last Friday’s meeting of negotiators from EU member states (including the UK), a third draft of the new European fiscal pact is now out. As with the version of the draft out last week, Open Europe has got hold of a copy of the revised draft (available here) and, yet again, we’re the first in the Anglosphere to publish the draft.

A safe Europe a priority Denmark has opted out of

by Grahnlaw
The government of Denmark offers four wide headings as its priorities for the first six months of Council life in the European Union 2012:

Denmark and the EU Council: The blabla Presidency has started

from Ideas on Europe by Ronny Patz
What restores confidence and faith in the EU? What motivates citizens to become involved, to care, to listen to what EU politics can bring to them? The Danish Presidency has given its first answer:

So that was a Presidency Press Trip. I?m feeling rather empty.

At one level it has been a privilege to attend the Danish Presidency Press Trip for the past four days. I?m the first blogger ever to have been allowed to attend, and hopefully not the last. But the whole experience leaves me feeling a little empty, although not quite for the reasons that may be immediately obvious.

by Grahnlaw
The previous Grahnlaw post mentioned three of the Danish EU opt-outs. Let us take a brief look at all of them.

by Grahnlaw
Each EU Council presidency has to confront a number of difficult issues. Denmark is no exception. Here I am going to name but two thorny issues, both relating to the area of freedom, security and justice (AFSJ), or justice and home affairs (JHA).

from Brussels Blog by Peter Spiegel
A good chunk of the Brussels press corps has been in Copenhagen this week for the formal kick-off of Denmark?s turn at the EU?s 6-month rotating presidency. Days of back-to-back ministerial briefings and ceremonial events have focused intensively on the ?

from Behind the Scenes by Honor Mahony
Has there ever been a time in EU history where a treaty is being negotiated that a) virtually nobody wants b) does not solve the problem at hand c) whose contents are already, or could in future, be part of general EU law and d) deteriorates in quality the more it is negotiated?

Shifts on the New Fiscal Compact

from The European Citizen by Eurocentric
The EU Observer has reported some changes in the drafts on the new fiscal compact:

Playing Chicken And Rooster With Hungary

from A Fistful Of Euros » A Fistful Of Euros by Edward Hugh
Tension surrounding the application of a series of so-called ?unorthodox policies? by Hungary?s Fidesz government has certainly been rising in recent days. While Washington has been reasonably quiet asgovenment emissary Tamas Fellegi meets with top IMF officials, Brussels has seen a veritable avalance of official statements and policy initiatives. Despite constant rumours that an agreement with the IMF is near, I find it pretty implausible that any deal can be reached without some kind of EU assent.  At the present time this assent is unlikely to be forthcoming, and indeed the ?anti? has been pushed up and up. The latest example here is the fact that Brussels has given the Hungarian administration till next Tuesday to do something about altering the country?s new constitution or face the prospect of legal action, and possible suspension from the EU under article 7 of the EU Treaty. Budapest on the other hand has been full of conciliating words, but the key point is we have yet to see anything meaningful in terms of action.