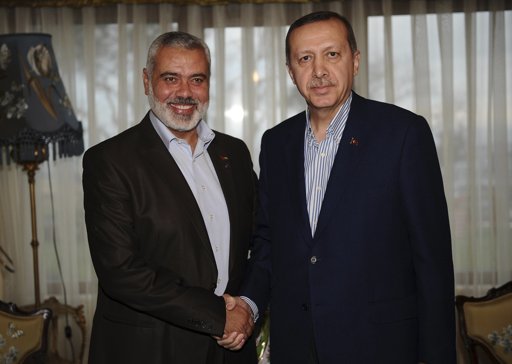 From no problems with neighbors to no friends

from Hurriyet Daily News
The year 2011 was more than different, definitely for Turkey.

2012 will not be that easy for world, Turkey

from open Democracy News Analysis – by Vicken Cheterian
A diplomatic process designed to normalise relations between Armenia and Turkey led to the signing of two protocols in 2009. Its failure is rooted in the miscalculations of both sides, says Vicken Cheterian.
The genocide museum in Yerevan lies north of the Armenian capital at the top of a hill called Tsitsernakapert. The physical effort of walking to the summit is an appropriate spur to the visitor to reflect on the hardship of hundreds of thousands of Ottoman citizens of Armenian origin, who in 1915 and subsequent years were forced by their state to walk to the Syrian desert, there or on the way to die of hunger, exhaustion or by an act of murder. Today, the end-point is the sight of a sober, forty-four-metre high stele pointing skywards, as if claiming justice; and beside it, a circular monument of twelve basalt slabs that both open to and protect the eternal flame.

from Hurriyet Daily News
As the economic crisis deepens across Europe, 2012 will be a hard year regarding Turkey?s negotiations with the European Union, according to EU Minister Egemen Bağış.

from Today’s Zaman, your gateway to Turkish daily news :: Columnists by CENGİZ AKTAR
Let us start with France. It is impossible that the recent legal moves in this country will result in the political and ethical goals they seek. The political outcomes of the draft bill proposed out of Sarkozy?s concerns over re-election will be inconclusive as long as the bill is supported by all political parties and the Socialist candidate to the presidential elections, François Hollande.

ANKARA, Turkey ? Turkey?s Foreign Ministry has strongly condemning the continued attacks against civilians in Syria despite an agreement with the Arab League to halt the bloodshed. The Ministry said in a statement emailed early Thursday that President Bashar Assad?s regime was turning the country into a ?bloodbath.? Read full article >>

ISTANBUL ? In a deepening diplomatic rupture, Prime Minister Recep Tayyip Erdogan of Turkey accused France on Friday of genocide against Algerians in the period of French colonial rule, one day after France made it a crime to deny the Armenian

from Hurriyet Daily News
The Erdoğan government is fuming with anger at France after the French Parliament?s lower house adopted a bill aiming to severely penalize those …

by By ETHAN BRONNER
The Israeli parliament on Monday held its first public debate on whether to commemorate the Turkish genocide of Armenians a century ago, a politically fraught topic.

The president also acknowledged that he always distanced himself from the Syrian regime and believed that Turkey’s reconciliation with Syria may transform the country. WikiLeakscables also showed that Gül frequently expressed his uneasiness about the

Sarkozy should leave the Armenian genocide to the historians | Agnès Poirier

by Agnès Poirier
Making it a crime to deny the genocide antagonises a useful ally in Turkey ? a country founded on the French Republican model
The French parliament recognised the Armenian killings as genocide in 2001. But this week, French MPs went further, approving a bill that would make denying the Armenian genocide a criminal offence punishable by a one-year prison sentence and a fine of ?45,000. French historians, in their overwhelming majority, have condemned such a move. And while the Turkish prime minister Recep Tayyip Erdogan is boiling with anger in Ankara at such affront, returning the compliment by accusing France of genocide in Algeria, many people in France have asked one good question, perhaps the only one worth asking: how can one legislate on the past?

by Angelique Chrisafis
Turkish prime minister ramps up diplomatic spat, saying French killed 15% of Algeria’s population during postwar occupation
Turkey’s prime minister has accused France of having committed genocide during its colonial occupation of Algeria in the latest round of the worst diplomatic row between the two Nato allies in more than a century.
The claim by Recep Tayyip Erdogan on Friday follows French MPs’ approval of a law that would make it a criminal offence to deny that the mass killing of Armenians in 1915 by Ottoman Turks was genocide.

by ERGUN BABAHAN
The genocide bill brought to the agenda by French President Nicolas Sarkozy because of upcoming presidential elections in his country caused a big reaction in Turkey. Showing great solidarity, the Turkish media, with its seculars, conservatives, democrats and coup supporters, devoted itself to throwing insults at France and Sarkozy.

by KLAUS JURGENS
After this week?s ?45,000 euros-genocide vote? in the French National Assembly a heated debate has commenced about the state of affairs in French-Turkish relations.

Are you helping Turkey confront 1915?

by ORHAN KEMAL CENGİZ
While writing this article, the session during which the French parliament discussed the ?genocide bill? was in motion.

by TARIQ RAMADAN
Ties between France and Turkey have been unraveling since a bill to make it a crime to deny that the deportation of Armenians in 1915 was genocide was passed by the French National Assembly.

Turkey, France and Armenia: Watch your words | The Economist

No closer to resting in peace

FEW Turks had heard of Valérie Boyer, a deputy for Nicolas Sarkozy?s ruling UMP party in France. That was until she sponsored a bill that would make it a crime in France to deny that the mass killings of Ottoman Armenians in 1915 constituted genocide. On December 21st France?s lower chamber approved the bill, which would make denying any officially recognised genocide punishable by a one-year prison sentence and a fine of ?45,000 ($59,000). Within hours Turkish hackers had defaced Ms Boyer?s website. The deputy says she has been inundated with death and rape threats. (Separately, the Israeli Knesset has begun discussing whether to recognise the 1915 killings as genocide.) 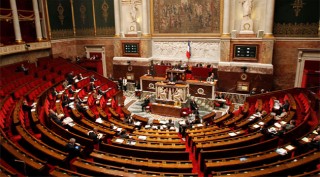 Is model Turkey sliding into authoritarianism?

from Yahoo news
The trial of prize-winning Turkish journalist Nedim Sener resumed today. His case, along with many others, are raising concerns about Turkey and its model democracy in the Middle East.

from Hurriyet Daily News
The European Union may be haunted by financial troubles, but its political norms remain ?extremely important? for Turkey, regardless of whether the country will be eventually granted membership,