TIME names “The Protester” 2011 Person of the Year 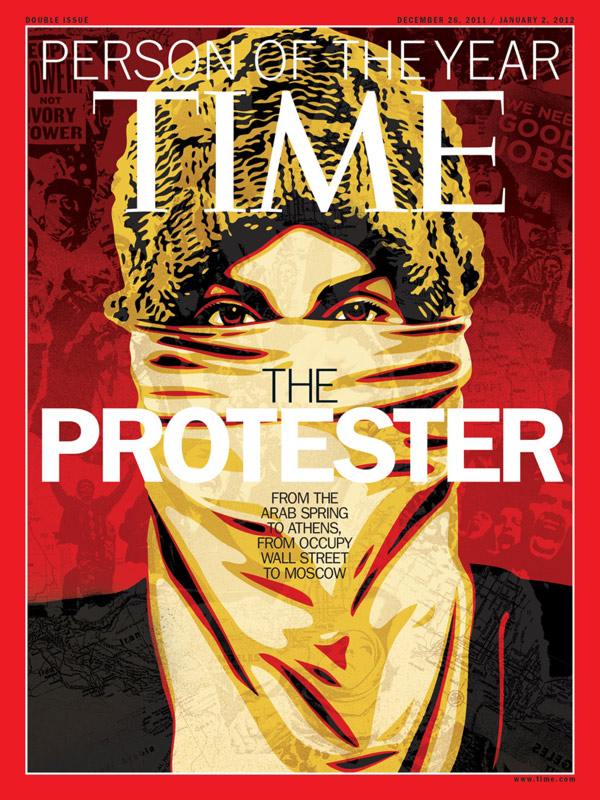 Identity, consumption, and the politics of food in the Occupy Wall Street movement

‘Occupy Wall Street is interesting from a sociological perspective’

India is very interesting in the sense that sociology is closely related with anthropology. Indian traditions have been affected by British as well as by American sociologists andanthropologists. There’s an indigenous tradition of sociology?

from DML Central by wburke

How Occupy Wall Street must adapt its strategy after the Zuccotti Park eviction, Todd Gitlin

from open Democracy News Analysis – by Todd Gitlin
They’ve lost their space, but not their momentum
After teetering for weeks between his quarrelling impulses ? protect civil liberties or clean up Zuccotti Park? ? Mayor Bloomberg sent in hundreds of officers early Tuesday morning to smash up tents and possessions, drive out the campers and keep most reporters out.

Occupy Someone Else
As public universities raise tuition to cope with state cuts and increased enrollments, administrators wonder why they, not lawmakers, have become the target of protests.

Who is Being Occupied?
At the New School, not all activists felt welcome in the movement or appreciated its taking over study center. Still, administration gave protesters lots of room, and managed to regain spaces without police force.

from open Democracy News Analysis – by Ruth Rosen
The Occupy movement has changed the national conversation in America, and challenged the rightward tilt of the political landscape with its clear message that wealth inequality is incompatible with democracy, says Ruth Rosen

What?s good for the goose and gander is at some point for the Occupiers, C. S. Herrman

from open Democracy News Analysis – by C. S. Herrman
When legitimate protesters are showered with contempt by those whose job it is to serve the community, humanity is insulted, but democracy especially. This is an important tipping point.
The problem of violence, then, is not the problem of a few rioters and rebels, but the problem of a whole social structure which is outwardly ordered and respectable, and inwardly ridden by psychopathic obsessions and delusions.? Thomas Merton

from FT.com – World, Europe
Philip Stephens discusses the new German question, asking whether Europe can find a new equilibrium now that Germany is the preponderant power

Merkel and Sarkozy are proposing a catastrophe that will destroy the left across Europe, Richard Murphy

from open Democracy News Analysis – by Richard Murphy
The entire continent is being steered towards disaster – for the sake of economically nonsensical policies that benefit only the banks while decimating societies.

The origin of the eurozone crisis lies in the overreach of the Maastricht treaty of 1992. A new process is needed to set the European Union on a new course – but this must have explicit popular consent at its heart, says Cas Mudde.

The Occupy movement and the women of Greenham Common , Rebecca Johnson

from open Democracy News Analysis – by Rebecca Johnson
Feminist experience and input into the theory and practice of nonviolence has much to offer a new generation of grassroots Occupy activists. Rebecca Johnson reflects on the lessons of the successful Greenham Common protest

Occupy Wall Street is All Over The Media: But for How Long?, Danny Schechter

from open Democracy News Analysis – by Danny Schechter
The important role of the media in making or breaking political movements has not been changed that much by the Facebookisation of news. But the protesters don’t see it, because their news habits have been socialised
One of the oldest patterns of media coverage can be summed up this way:

The role and rights of the press involved in Occupy Wall Street coverage have once again become the cause of controversy. This time, it’s not the nature of the coverage and whether it may or may not be biased for/against the Occupy movement, but rather, whether the press have the right to even cover the evictions from Zuccotti Park at all.

How the #Occupy Movement Is Spurring Tech Innovation

The origins of the Occupy movement | via Mark Barrett 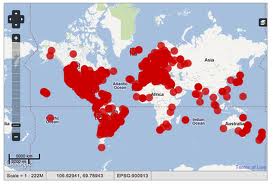 Published: December 09, 2011 21:32 by we are everywhere
Neighbourhoods:
If the catastrophe that is coming is to be avoided and humanity is to have another chance, it will be because the others, from below and to the left, have not only resisted, but are already sketching the outline of something else.
The indignados offer hope for humanity: González Casanova
· He says the real rulers of the world are not governments but corporations
· He considers that the Zapatistas are the seed of the new global mobilizations
– Alfredo Valadez Rodríguez La Jornada 17/10/2011

from open Democracy News Analysis – by Maeve McKeown
Failure to take collective responsibility for rapes at camp sites springs from the ideological tension at the heart of the Occupy movement’s twin emphases on autonomy and group action as ‘the 99%’. An injection of feminist politics is sorely needed.
On October 26th a woman was raped at Occupy Glasgow and the previous week a woman was raped at Occupy Cleveland.  There has been relatively little reporting on these incidents, either in the news or among activists.  The incidents are a dreadful personal tragedy for the women involved, but what do they mean for the Occupy movement more generally?  In this article, I suggest there is a deep tension in the movement between collective politics and individual autonomy, and a serious lack of feminist understanding.

from Global Voices Online by Karlo Mikhail Mongaya
Protesters in the Philippines have attempted to ?occupy’ the historic Mendiola Bridge near the Presidential Palace by staging a campout protest against budget cuts and poverty. Police used batons and water from fire trucks to violently disperse the assembly yet thousands continue to gather around Mendiola day after day to make a strong statement in front of President Noynoy Aquino’s own doorsteps.

The Future of the Occupy Movement | Common Dreams [via Peter Waterman]

The Occupy Movement, which has already been hugely successful in thrusting issues of inequality and corporate power into the public discourse, faces a critical juncture. As many of the larger encampments in New York, Oakland, Philadelphia and Los Angeles are shut down by the police, activists have been searching for the tactics to move beyond Occupation to Phase 2 of the movement. Some say that the movement now should evolve into the political arena, supporting policy ideas, running candidates for office, and putting pressure on politicians and corporations. Similarly, others argue that the next step is to develop a specific list of demands, which presumably could further policy initiatives and protests.

Occupy: A turning point in US politics? | Red Papper