CHP is a hopeless can and they cannot apologize for a massacre from their golden age period. AKP seizes this moment and forces them to the corner. AKP leadership adopted this policy of apology for the past -from the Kemalist era- events while creating new issues to be apologized. It is very likely that some officials will apologize for imprisoning journalists and academics or Kurdish politicians or having lawyers around who defended those involved in a more current Sivas Massacre or offending Alevis….oh and i wonder if our glorious sultan is ready to apologize for what was done to Armenians…

Prime Minister: “I Apologize for Dersim”

After an on-going discussion with opposition leader Kılıçdaroğlu about the “Dersim incidents”, PM Erdoğan apologized for the violent suppression in the 1930s that left many Alevi Kurds dead. His statement elicited controversial reactions in the CHP. 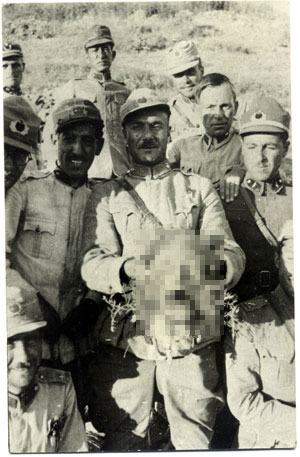 from Hurriyet Dailynews by ANTALYA / ANKARA – Hürriyet Daily News
Deputy Prime Minister Bülent Arınç calls for a parliamentary inquiry into the military operations that took place in 1937-1938 in, an issue that has come back to the agenda with a CHP deputy?s recent comments.

from Today’s Zaman, your gateway to Turkish daily news :: Columnists by LALE KEMAL
As Turkey has begun debating its once taboo issues that have long been swept under the carpet, a mass killing of around 50,000 Kurds of Turkey in 1937 in the eastern province of Dersim has been urged to be debated to unearth the truth. Dersim’s name was changed to Tunceli with the Law on Administration of Tunceli Province in 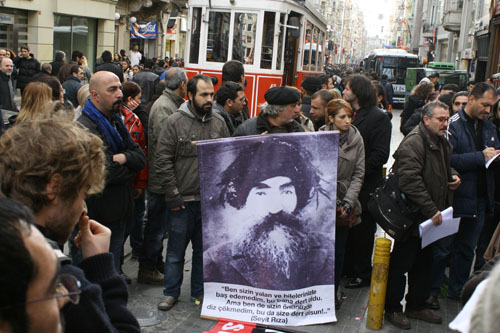 A dark episode in Turkish history

by HDN
These days, the Turkish media is full of discussions about ?what really happened? in Dersim in 1937 ? an eastern province in which a ?rebellion? was brutally crushed. 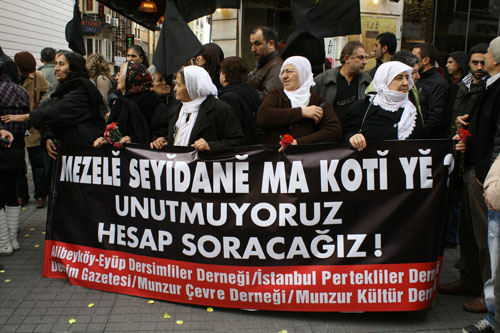 All of us, not just the Prime Minister, should apologize for Dersim

by HDN
While I was listening to Prime Minister Recep Tayyip Erdoğan at the parliamentary group meeting on Wednesday, I wanted to once more curl up and die.

by Fréderike Geerdink
What?s it worth, this apology that Prime Minister Erdogan made yesterday for the Dersim massacres? He said it, he actually said that he apologizes on the state?s behalf for what happened in 1937 and 1938. A novelty in Turkish politics. But at the same time it is not a novelty at all. It is not […]

The CHP?s test over the Dersim massacre

by FATMA DİŞLİ ZIBAK
The statements of Republican People?s Party (CHP) Tunceli deputy Hüseyin Aygün, who claimed last week that the 1937 Dersim massacre took place with the consent of the state and the ruling CHP and that it is just a ?myth? that Mustafa Kemal Atatürk was not aware of it, have led to turmoil within the party.

Aygün incident and CHP as wreckage

from Today’s Zaman, your gateway to Turkish daily news :: Turkish Pre by Okay Gönenin vatan
The Dersim massacre, in which thousands of people of Kurdish and Alevi origin were killed in 1937, was undoubtedly one of the issues listed as a ?taboo? in the official history and on which no debate was allowed, not to mention historical research.