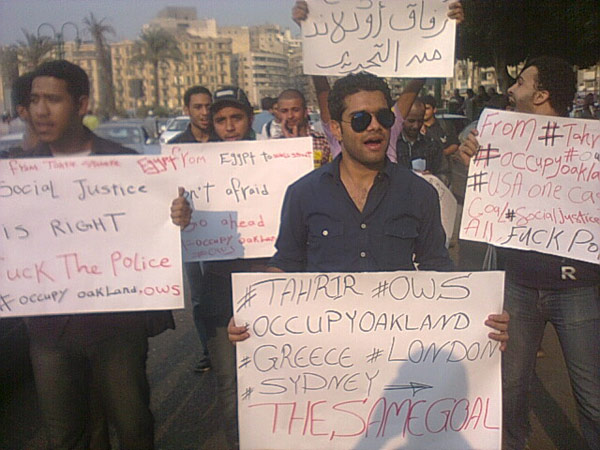 from Boing Boing by Xeni Jardin
KQED has a live stream of Michael Moore speaking to “Occupy Oakland”, right now. And North Oakland Now is live-tweeting soundbites while he speaks, as is East Bay Express.

How Occupy has shifted the national debate 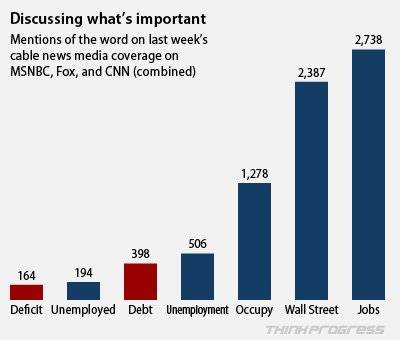 Occupy Wall Street: Who Is Donating to Keep it Afloat? [STATS]

USA: The Challenge of Diversity in the ?Occupy? Movement

from Global Voices Online by Elizabeth Rivera
This post is part of our special coverage #Occupy Worldwide.
One month since the initial occupation of the financial district of New York City, Wall Street, collective actions in the city have continued to diversify while people have taken over new public spaces. Activists and organizations from the Bronx,Brooklyn, Washington Heigths, East Harlem and Jamaica neighborhoods of Queens that – for a long time – have resisted political, economic and social inequalities, are now also expressing their indignation.

from Global Voices Online by Mong Palatino
This post is part of our special coverage #Occupy Worldwide.
?Occupy? protests are also spreading in Southeast Asia. Inspired by the global ?Occupy? movement, assemblies were organized this month in Malaysia, Indonesia, Philippines, and Singapore.

Occupy Wall Street: where are the migrants?, Shilpa Kameswaran

from open Democracy News Analysis – by Shilpa Kameswaran
The lack of demographic diversity amongst the protestors and uncertainty about their demands make Occupy Wall Street difficult to take seriously, argues Shilpa Kameswaran from a migrant’s perspective
The occupiers of the Occupy Wall Street campaign are picketing, demonstrating, exhibiting civil-disobedience and of course not-occupying Wall Street this afternoon in late- October 2011, marking a fifth week of the protest in New York City. As I walk down Broadway between the World Trade Center path station and the Fulton Street subway station in Manhattan, I wonder if the Zuccotti Park Plaza – home to the Occupy Wall Street protesters ? evokes in me memories of the Glastonbury music festival in Somerset, England or if it reminds me more of the cheerful crowds with pitched tents and sleeping bags outside the Wimbledon center court during the grand-slam season. Why is it so difficult on a micro-level for an individual passer-by to take these protesters seriously? And why does the Occupy Wall Street campaign seem a joke on a macro- level to the legislatures and policy makers in Washington D.C?

The Rise of the Occupy Insurgency, The World?s First Internet Revolution #OWS

from WL Central by Beyondborders 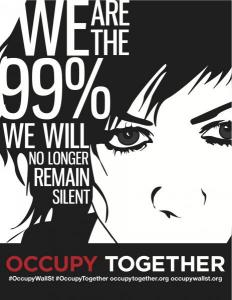 Image Credit – Raina Dayne, occupytogether.org
The 1980?s popularization of the computer and the birth of the Internet was a quantum shift in communication and an evolutionary step for human society. The Digital Revolution marked the latest stage of the information age. People in distant parts of the world now connect instantly and information flow has shrunk the world. One of the biggest changes recently is the interconnected immediacy of social networking. This is a communication revolution in itself.

Where are the anti-Semites of Occupy Wall Street?

from washingtonpost.com – Op-Ed Columns by Richard Cohen
The right-wing attempt to discredit OWS.

from Boing Boing by Cory Doctorow
British Christian groups have vowed to protect the Occupy London tent-city out front of St Paul’s cathedral by surrounding it with a “circle of prayer” in the event that the cathedral attempts to evict the protesters.