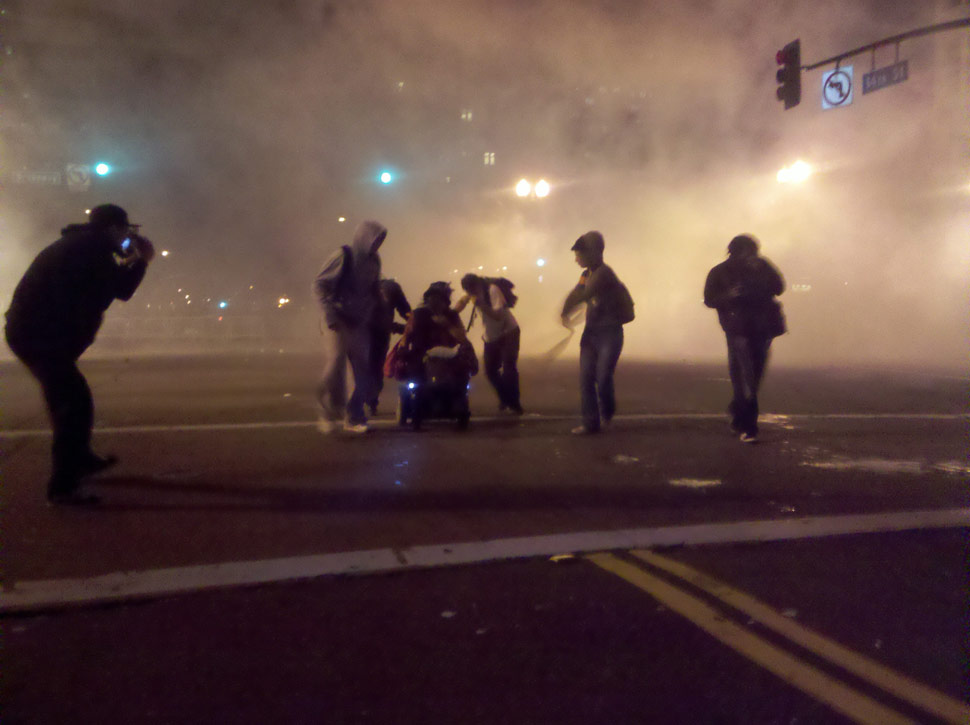 Police raid on Occupy Oakland: the morning after

One-percenter: why I support Occupy

by Cory Doctorow
Gaius, a self-described member of the 1% (“Herman Cain’s 9-9-9 plan would save me roughly $400,000 a year in taxes, and President Obama’s tax proposals would cost me more than $100,000”) writes on DailyKos in support of the Occupy movement and describes the absurdity of the pitched battles over raising taxes on the rich by a mere 3.5%:

by Xeni Jardin
[Video Link.] Video analysis by blogger Matt Kresling: “Footage from the Occupy Oakland protest, October 25th, 2011. After protesters ran to the aid of a badly-injured person, Oakland Police deliberately lobbed a flash grenade into the crowd. Whatever you think of the Occupy movement, police behavior of this kind is criminal and should be prosecuted.”

Scott Olsen, Iraq veteran injured in police raid of Occupy Oakland: how you can help 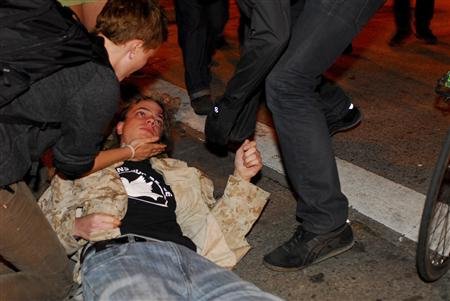 Update, Oct. 27, 5pm Pacific: Olsen will undergo brain surgery “within the next one or two days.”

by Ethan
Media activists Marisa Jahn and Julian Rubenstein joined us for today?s lunch talk at the Center for Civic Media. Marisa is the new director of the People?s Production House, a New York based project that works with low income workers and youth, building capacity around media creation. Julian is am author and journalist who now works on Newsmotion.org. 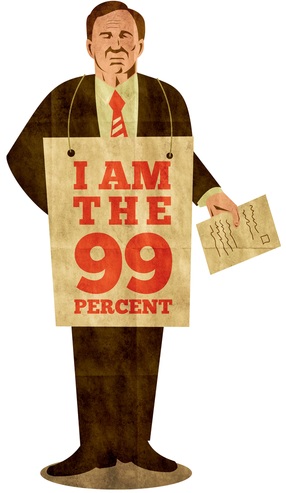 Members of the Occupy Movement believe that Facebook is deliberately censoring their posts, in what seems like an online parallel to the arrests of protesters in cities across the country.

from euro|topics
Speaking to the UN General Assembly on Wednesday, US President Barack Obama denounced full UN membership for Palestine which Palestinian President Mahmoud Abbas plans to apply for on Friday. Commentators fear that a rejection of the application will only strengthen extremists on both sides, and recommend that Abbas adopt a much wiser strategy.

from From the field by arn
“Instead, with no discussion of Israeli settlement activity, building in Jerusalem, or the difficulties of Palestinian movement through checkpoints, Obama limited himself to one side of the story. In essence, the punishment meted out to Palestinian president Mahmoud Abbas for rejecting Washington’s request to shelve his UN gambit was that Obama came to New York as Israel’s ally, not as an impartial mediator of peace diplomacy.”

Why Europe Should Vote ‘Yes’ on Palestine

from Atlantic Community RSS-Feed
Anno Bunnik: Today, 193 UN member states vote for the accession of a new member to the United Nations: Palestine. This is a bold move with potential to bring about Israeli-Palestinian peace, and one that will impact future strategic relations in the Arab world. The UN should vote in favor of accession.

Occupy the URL Takes OWS Protests to the Internet 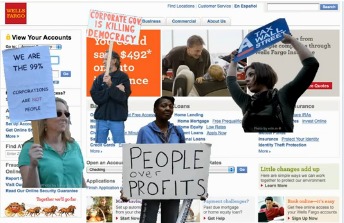 Q&A: The US debt ceiling

What newsrooms can learn from open-source and maker culture