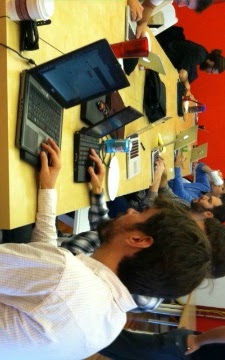 Groups of programmers gathered in three cities this weekend to build digital tools for the Occupy Wall Streetmovement. Several of those tools have already launched, and in many cases they?re being maintained by activists who?ve never held a sign in a park.

from Docuticker
Source: Pew Research Center for the People & the Press From the press release : The public focused most closely last week on two interrelated news stories ? the nation’s struggling economy and the anti-Wall Street protests that have now spread far beyond their beginnings in New York City. Two-in-ten (20%) […]

Cell Phone Guide for Occupy Wall Street Protesters (and Everyone Else)

by rainey
Occupy Wall Street has called for a global day of action  on October 15, and protesters are mobilizing all over the world. In the United States, the Occupy Wall Street movement has already spawned sizeable protests in New York, Washington DC, Boston, Seattle, San Francisco, Oakland, Austin, and other cities. Several of these movements have faced opposition from their local police departments, including mass arrests.

Occupy Wall Street sign of the day: Sasha, 7, painting “Homes for the Homeless”

Why Occupy? Here’s Why

The assemblage itself was an intriguing mix of demonstrators, tourists, passerby New Yorkers, policemen, media people, young people, a few homeless. There were a few fringe protesters like the Socialist Workers Party. Blankets were strewn about,

Too trendy to be trending?

“A people-powered movement” – This is how Occupy Wall Streetdescribes itself on it’s website.

And it seems to have a point – if nothing else, the one thing that media coverage of the protests agrees on is that this movement is governed by a collective feeling of dissatisfaction, but not by a specific, cohesive agenda.

from Global Voices Online by Ylenia Gostoli
Inspired by the ?Occupy Wall Street? movement in New York and by the Spanish ?Indignados?, citizens in 951 cities and 82 countries across the world took to the streets on October 15, 2011, to protest against the stranglehold on the economy of the global financial and political powers to the benefit of the few, calling for real democracy and a re-thinking of capitalism under the slogan ?united for global change?.
Tens of thousands of people from across Italy gathered in Rome on Saturday 15 October

Occupying Wall Street and beyond

by JOOST LAGENDIJK
This weekend, all over the world, thousands of people will occupy streets and squares around buildings that are associated with the excesses of the capitalist system that, according to the demonstrators, has run totally out of control.

by NEW YORK – The Associated Press
Hundreds of anti-Wall Street protesters held a ?Millionaires March? on Tuesday past the homes of some of the wealthiest executives in America, stopping to jeer ?Tax the rich!? and ?Where?s my bailout??

More than 100 arrested at Occupy Boston 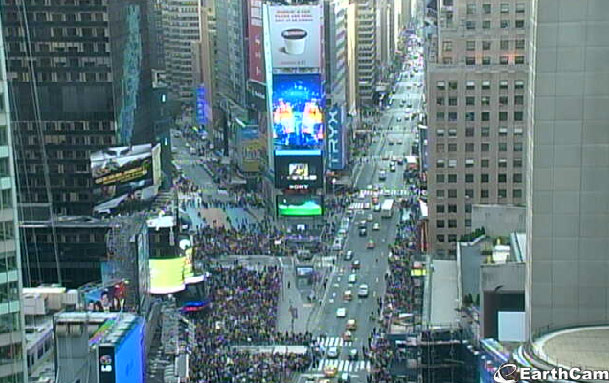 by Marianna Breytman
When we published our first story on ?Occupy Wall Street,? about a group that camping out on Zuccotti Park, it barely made the front pages of local newspapers.  Currently, with hundreds of thousands of followers that have joined the cause ? including union leaders, intellectuals like Slavoj Zizek, and other personalities such as Michael Moore ? Occupy Wall Street has captured the attention of the national and internationl media, and the protests have extended to many other cities in the United States, including Boston, Hartford, Seattle, Washington D.C., and Tampa (for a complete coverage  please check the Occupy Together website).

by Lee Yoo Eun
The Occupy Wall Street movement has landed in the South Korean capital, Seoul. Despite heavy rain, lightening and thunder, and a sudden drop in temperature, about 300 people came together for the Occupy Seoul protest on October 15, 2011. They first gathered at outside the Financial Supervisory Service on Yeoido, Seoul’s financial core and later marched on to other places in downtown Seoul.

USA: October 15 on the Streets and Social Networks

by Elizabeth Rivera
It’s no secret that Facebook, Twitter and YouTube, among other social networks, have played a key role in the recent local and global protests. In 2009, the world found out the details of the green wave in Teheran thanks to these platforms, and the same happened in Tahrir Square in Cairo and with the ?indignados? in Madrid. As was expected, the global protests of October 15, 2011, also thoroughly used these networks.

by Mong Palatino
It seems Singaporeans are preoccupied with something else because nobody showed up in theOccupyRafflesPlace event which could have been the Singapore equivalent of the Occupy Wall Street protest. Raffles Place is Singapore?s financial district.

from open Democracy News Analysis – by Cas Mudde
The Occupy movement in the United States is both similar to and different from its Tea Party predecessor. The precise combination gives it political space to grow, says Cas Mudde.

from euro|topics
Hundreds of thousands of people worldwide demonstrated on Saturday against the power of the financial markets. Organisers counted protests in almost 1,000 cities in 82 countries. Some commentators say the demonstrators forget that they themselves have profited from the very system they are now criticising, while others praise the new global quality of the movement and anticipate further protests.

#OccupyLondon: not the beginning or the end, but a momentous opportunity, Hilary Aked

from open Democracy News Analysis – by Hilary Aked
The first weekend of the London occupation felt victorious, as the protesters established their own democracy and showed solidarity with a growing global movement. Even if it is soon disbanded, this is one step forward in an ongoing struggle.

from open Democracy News Analysis – by Aaron Peters
A global day of collective action in 82 countries shook the world on October 15, 2011. Yet the protests were not co-ordinated by political parties, unions or other institutional actors. They were driven by the rapid dissemination of memes, made possible by the internet.

from open Democracy News Analysis – by Richard Murphy
London’s tent city is on sacred land – the skirts of St Paul’s Cathedral. The Cathedral’s position on the occupation will be crucial for its future. Will it remember Christ’s mission to free the oppressed and bring good news to the poor?

How Occupy Wall Street Is Like the Internet, or a tale of a randomly-blogged funny protest sign

Occupy protests around the world: 951 protests in 82 countries

by Xeni Jardin
The Guardian is mapping “Occupy” protests around the world.

by Xeni Jardin
The Real Role Of Anonymous In Occupy Wall Street: “Anonymous has caught the attention of the media–and even Homeland Security–with its biggest contribution to Occupy Wall Street: hype. But, so far, the amorphous, leaderless hacktivist movement has disappointed anyone expecting full-on revolution from a Guy Fawkes-masked army or a massive cyber attack.” (Fast Company)

from Continental Philosophy by Farhang Erfani

Our language has not yet caught up with the political phenomenon that is emerging in Zuccotti Park and spreading across the nation, though it is clear that a political paradigm shift is taking place before our very eyes. It?s time to begin to name and in naming, to better understand this moment. So let me propose some words: ?political disobedience.?