unfortunately not only aid sources are mobilized but also hate speech against Kurds… But in the last analysis, I can assure you that humanitarian attempts dominated the scene and racists were relatively marginalized…  So there emerged fragments of a racist metaphysical discourse that claimed earthquake was a divine revenge for the fallen soldiers… In the mean time, vice PM Bülent Arınç, allegedly stated that they refuse most of foreign aid because this would create chaos in the scene. As if there is no way to coordinate rescue teams, as if there haven’t been any progress in coordination tools…. Well, Mr. Arınç is a person who believes internet freedom activists are in fact porn lovers, what could you expect from him?… 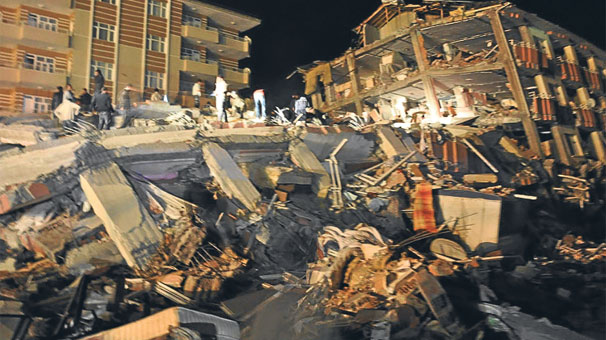 Turkey no call yet for foreign aid after quake

by ANKARA – Reuters
Turkey has not yet made any call for international assistance after today’s powerful earthquake.

by ANKARA
The death toll in an earthquake which shook southeast Turkey on Sunday has risen to 239 people, with around 1,300 people injured, Deputy Prime Minister Besir Atalay recently announced.

HDN in the quake zone: Doctors in Van call for aid as minister says all is good

HDN in the quake zone: Rescue efforts hindered by lack of equipment

by VAN – Hürriyet Daily News
Search-and-rescue personnel working in the Van earthquake zone have decried their ‘primitive’ working conditions and lack of technical equipment as they try and reach survivors.

by Hürriyet
Deputy Prime Minister Bülent Arınç stated recently that the rumors circulating about the Turkish government’s refusal of aid offers from Israel were untrue and “ugly.”

by Jenny White
This post has been updated 3X.
A 7.2 earthquake has hit the Van region (cities of Van and Erciş), so far over two hundred confirmed dead, more than a thousand wounded. My sympathies to all those affected. For a BBC report, click here. Turkey has so far declined offers of foreign assistance which have come from all quarters, including Israel.

by By SEBNEM ARSU
At least 279 people were killed and more than 1,300 were injured after a magnitude 7.2 earthquake shook eastern Turkey, close to its border with Iran
. 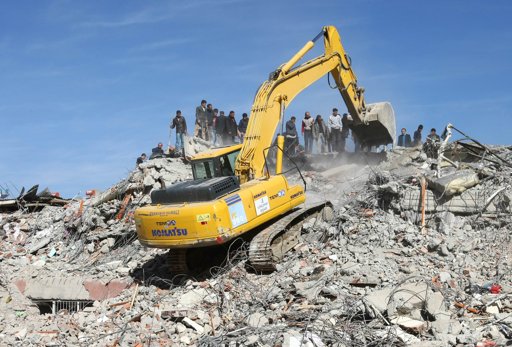 A crane digs through rubble as Turkish rescuers try to salvage people from a collapsed building after an earthquake in Van, eastern Turkey. Rescuers are scrambling through the rubble in a desperate search for survivors of an earthquake that has killed at least 264 people in eastern Turkey. (AFP Photo/Adem Altan)

by Constanze Letsch, Peter Walker
Journalist Erhan Çelik asks his Twitter followers to offer accommodation to those made homeless by the earthquake
As with the previous deadly earthquakes in Turkey, within hours of the 7.2 magnitude tremor which destroyed dozens of buildings in the east of the country on Sunday came complaints that not enough was being done to help the victims. This time, however, the anguished onlookers could do more about it ? through social media.

by Fréderike Geerdink
ISTANBUL ? After the heavy earthquake yesterday in the East Turkish province of Van, everywhere in Turkey initiatives have started to gather aid for the victims. Municipalities coordinate the aid, arrange boxes and transport, and civilians bring blankets, coats, nappies,  socks and sweaters. A truck arrives at the town hall of Kadiköy, a municipality of […]