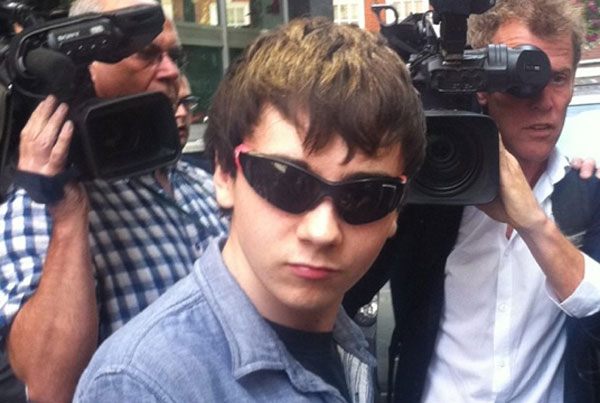 Photo: Tim Bradshaw of the Financial Times.
Jake Davis, the 18-year-old Briton accused by police of being Lulz Security spokestweeter Topiary, is out on bail. Paul Sawers writes:

HADOPI, the French agency charged with disconnecting French Internet users who use the same Internet connections as accused copyright infringers, conducted a study on media purchasing habits by copyright infringers. They concluded that the biggest unauthorized downloaders are also the biggest customers for legitimate media. Just like every other study that?s looked at the question, of course, but this time the study was funded and released by one of the most extreme copyright enforcement bodies on the planet. 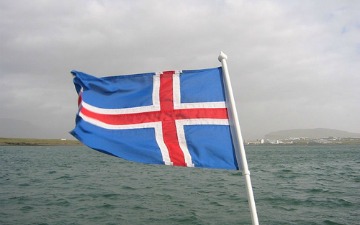 Icelanders on Friday delivered what may set the template for other governments: a crowdsourced constitution.

A group of 25 citizens presented a draft of the constitution to Iceland?s parliament. The group, which is made up of ordinary residents, compiled the document online with the help of hundreds of others. The constitution council posted the first draft in April on its website and then let citizens comment via a Facebook Page. The council members are also active on Twitter, post videos of themselves on YouTube and put pictures on Flickr.

by Rob Beschizza
Topiary, a spokesperson with web-cracking troublemakers Lulz Security, is said to be in custody in Britain. London?s Metropolitan Police:

On Confusing Memes with Movements

from The Meta-Activism Project by admin
Note: This post by David Karpf,  Assistant Professor in the Rutgers University School of Communication and Information, was originally published on shouting loudly.

Allow me to be cranky for a minute.
Jeff Jarvis had some fun on twitter this weekend.  After a day spent reading news about the debt limit, and a nice  pinot noir with dinner, he tweeted, ?Hey, Washington assholes, it?s our country, our economy, our money. Stop fucking with it.?  Encouraged by some of his replies and retweets, he turned it into a hashtag, #fuckyouwashington.  It didn?t *technically* reach the trending topics list ? twitter management censors for language a bit ? but it did pick up steam, with 10,000 or so people writing their own #fuckyouwashington message.

Can Crowd-Sourced Discussions be Democratic?

from The Meta-Activism Project by admin
Note: This post by Vivek Srinivasan,  Program Manager for the Program on Liberation Technology at Stanford, was originally published on Vivek?s Info.

This is a response to a critique of wathiqah.com (a platform to discuss the future of Egypt?s constitution) in Meta-Activism Project. The article entitled ?the revolution is not a branding opportunity? points out that the name of the commercial platform is visible prominently and takes

How Governments Are Using Social Media for Better & for Worse

Apple has more cash right now than the US Treasury

:The Customer Insight Group (CIG), at the New York Times, conducted a three phase study to explore the motivations to share content online… The research comprises of what they call ?ethnographic interviews?, a one week sharing panel, and a quantitative survey (personally, I would like more information on the methodology). The main finding is that online content sharing is about ?relationships?.”

The State of the Tablet and Ereader Market

There is no such thing as anonymous online tracking

from Stanford Center for Internet and Society by Arvind Narayanan

cartoon famously proclaimed, “On the Internet, nobody knows you’re a dog.” The Web is a very different place today; you now leave countless footprints online. You log into websites. You share stuff on social networks. You search for information about yourself and your friends, family, and colleagues. And yet, in the debate about online tracking, ad networks and tracking companies would have you believe we’re still in the early 90s ? they regularly advance, and get away with, ?anonymization? or ?we don?t collect Personally Identifiable Information? as an answer to privacy concerns.