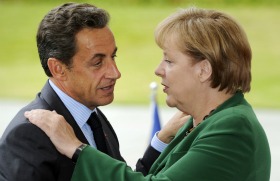 Once again the day is saved…

…At least for now. It’s hard to escape the feeling that each time an agreement is made at a European Council summit, it’s only a matter of time (usually 3-6 months) before we’re back in superhero mode again. Still, there seems to be something more to this deal than the simple bail-outs (or loans as they’re normally called). The agreement’s outline can be found here (PDF).

Top story: European Union leaders agreed to $145 billion in new loans to prop up the Greek economy, as well as measures aimed at the other debt-strapped members of the EU.

The latest European deal to rescue the Greek economy is welcomed with relief and fears for hard times to come.

Debt restructuring in Greece and Dubai

It?s useful to compare and contrast the terms of the Greece debt restructuring as outlined by the Institute of International Finance and the Dubai World debt restructuring of last year.  In both cases there is a mix of options for the new debt with varying coupon structures and levels of government guarantee.  The Greece case is a little more blunt about the discounted nature of the new debt, but there are enough options so that outright haircuts to principal can be avoided if a creditor so wishes ? the impact is being achieved in net present value terms.

The euro countries and the International Monetary Fund agreed at their special summit on Thursday on a new aid package for Greece of over 109 billion euros. Banks and insurance companies will take on up to 50 billion euros more. This is the path that leads out of the crisis, chimes the press happily and praises the solidary development towards a European monetary fund.

A Long Summer Ahead

No consensus as Europe limps toward Greece rescue summit

by HDN
Leaders of the 17-member euro area are scheduled to meet Thursday, aiming to approve a second bailout package for Greece. However, it is still unclear how private investors will share the burden on angry taxpayers

from Hurriyet Dailynews by BRUSSELS – Agence France-Presse
Eurozone leaders and private creditors agreed to give Greece a new 159-billion-euro bailout, risking a potential default to prevent the debt crisis from spreading worldwide.

from open Democracy News Analysis – by Jogchum Vrielink and Eva Brems
Belgium?s law banning the face-veil and other forms of face covering is badly drafted, unnecessary, and counter-productive
After France, Belgium is the second European country to introduce a general prohibition on face-covering headgear in public life. A so-called ?burqa ban?. The Act will enter into force on July 23.
Many Belgian municipalities had already banned the wearing of face-veils locally ? before this general prohibition was introduced. This caused discussions to arise around the legality of such prohibitions, since a court had decided in January 2011 that fining a woman for wearing a niqab amounted to a violation of her religious freedom. It was after this ruling that support for a general ban gained momentum.

by Sinisa Boljanovic
On Monday, July 18 ,2011, a court in Budapest acquitted 97-year-old

Sandor Kepiro, a Second World War Hungarian police captain who served in occupied Serbia and, until recently, was ?the most wanted Nazi.? He was charged with war crimes against Serbs, Jews and Roma during the Novi Sad Raid –

a massacre perpetrated by Hungarians in january 1942. 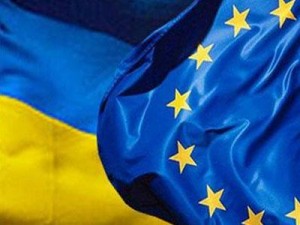 by Grahnlaw
Yesterday, we returned to the Spanish presidency of the Council of the European Union, in the blog post Spain and ICT industry towards Digital Agenda for Europe (2010). The blog post recounted the key themes of the European level trade associations for the information and communication technology businesses:

from Open Europe blog by Open Europe blog team
The Economist has an interesting article in this week’s edition which partly endorses the idea of ‘eurobonds’ (although with the qualification that they are politically unworkable right now).

The magazine argues:
“One useful means of allaying the panic might be for euro-zone countries to issue part of their debt as joint bonds. Jointly guaranteed bonds sold to raise money for the current bail-out funds are being eagerly snapped up by investors.

Is Italy on the brink of debacle?, Carlo Ungaro

from open Democracy News Analysis – by Carlo Ungaro
The austerity measures will be felt primarily by a lower middle-class, already tested by the ever-growing divide between rich and poor in Italy. But a bleak political prospect goes well beyond the sense of panic caused by the economic and financial problems which beset the country

from Behind the Scenes by Honor Mahony
It is deeply unfortunate that the country upon which the future of the eurozone currently depends is also the one with the leader that is among the most publicly equivocal about the EU.
German Chancellor Angela Merkel?s ?summer? interview with public TV station ARD on Sunday (17 July) was, in this respect, very revealing.

Marine Le Pen and the rise of populism

by Centre for European Reform
By Charles Grant

Since becoming leader of France?s Front National in January, Marine Le Pen has started to shift her party away from the far right. She has not only dropped the overt racism and Islamophobia of her father but also adopted hard-left economic policies. ?Left and right don?t mean anything anymore ? both left and right are for the EU, the euro, free trade and immigration,? she said when opposing me in a recent dinner debate on the future of Europe in Paris. ?For 30 years, left and right have been the same; the real fracture is now between those who support globalisation and nationalists.?

European Parliament goes mobile ? when to choose a mobile website over a native app

from Public Affairs 2.0 by fhbrussels
Earlier this month the European Parliament launched the mobile version of its ever popular (at least in the Brussels bubble) website. Hooray! Forgot the room number of the MEP you are meeting? Well now you can go on your mobile device and find it with ease.
In seeing the new site, we asked ourselves why an organisation would choose a mobile website rather than one of those trendy apps we spend far too much time (and money) downloading for our iPad/iPhones? Well, call us curious, but we decided to phone a friend far more knowledgeable than ourselves to find the answer. Gwen Foutz, SVP and Director of Mobile and Social Platforms in our Washington D.C. office and global co-chair of FH Mobile practice group happily picked up the phone. Here?s what she had to say.

from euro|topics
German Chancellor Angela Merkel has quashed any hopes of a quick solution to the debt crisis ahead of the special euro summit on Thursday. Merkel simply hasn’t learned her lesson yet, commentators complain, and call for the second bailout package for Greece to be finally approved to avoid the downfall of the euro.

An American in Brussels

from Public Affairs 2.0 by lindsayhammes
It?s that time of year again. The time of year when the populace of the

EU Quarter abandons Brussels like rats from a sinking ship and those few of us left on board are trying to wrap up all of the ?admin? tasks that we?ve put on hold for the several previous, hair-raisingly busy months.

Why has the Euro Stayed Strong Against the Dollar Throughout the Debt Crisis?

from Ideas on Europe by euro-thoughts
As the risk increases of a US default in the absence of Congressional approval to raise the Federal debt ceiling, it might be reasonable to see the dollar weaken against the euro, though it would be more reasonable to expect this were there not already a raging debt crisis in the Eurozone. Further to that, yields of less than 3% on Treasury Bills indicate that investors do not really expect that a US debt crisis will come to pass, which makes the relative weakness of the dollar against the euro stranger still. In fact, over the course of the roughly fourteen-month debt crisis that has so far engulfed Greece, Ireland and Portugal, as compared with a recent hypothetical US debt crisis, the euro has tended to trade with or move higher than the dollar. I submit three main reasons for this trend.

from euro|topics
Just a few hours before the special Eurozone summit begins today, Thursday, Germany and France have agreed on a joint position on help for Greece. But according to the press the hesitant German Chancellor must take further steps because without a quick solution for Greece Europe will collapse.

by Open Europe blog team
The Telegraph has got its hands on a copy of the , so here are some of our initial thoughts (not too many new details in them to be honest but gives a base to work from).

by Grahnlaw
In the blog post ‘Worth remembering: EU Digital Agenda launch’ we looked at the press release and the two memos relating to the original communication A Digital Agenda for Europe; 19 May 2010 COM(2010) 245.

This may be the Year of les Femmes in France, though it started in a strange way, thanks to the randiness of Dominique Strauss-Khan, who?as no one disputes?couldn?t keep his pants zipped?or was it a towel that slipped??in the presence of a hotel maid?  (Catherine Deneuve in Potiche)

The EU in the Arab spring, Hélène Pfeil

from open Democracy News Analysis – by Hélène Pfeil
The EU has a choice to make: does it want to assert itself as a normative power, or does it want to stay an inconclusive and erratic political dwarf?
In the wake of the Arab spring, European countries are forced to rethink their foreign policy attitudes towards their neighbors in the Mediterranean. National politicians challenge the European Union to modify its approach towards ?a changing neighbourhood?, as phrased by the latest European Commission report. However, very little is actually presented and explained to the wider European public about the initiatives and actions undertaken by European institutional actors and the drastic need for a change of paradigm in the EU?s foreign policy. What has the EU?s attitude been towards its southern neighbours prior to the Arab spring? Why does it have to change? And what are three main pillars around which a new European position could articulate itself? 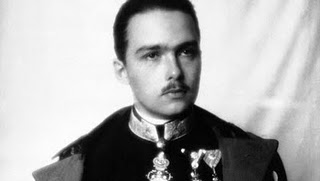 Otto von Habsburg, the oldest son of Austria’s last Emperor and the last Crown Prince of Austria-Hungary was praised by European Commission President José Manuel Barroso as “a great European” which “has given important stimulation to European integration”.

That is certainly true, but deserves some clarification of which kind of European integration von Habsburg was pushing for.