from BBC News | Europe | World Edition
Poland assumes the six-month rotating presidency of the EU for the first time since it joined the bloc in 2004.

by Grahnlaw
In the blog post ‘European Council Res Gestae (SGP & EU2020)’ 29 June 2011, we looked at how the great men recorded their deeds with regard to the Stability or Convergence Programme and the National Reform Programme (NRP) of each EU member state.

Lessons from the Greek Debt Crisis

from Blogactiv by Eberhard Rhein
Never before in the last 50 years have European political leaders spent so much energy and time on the solution of a problem that should never have arisen: the Greek debt crisis.
The Greek debt crisis has occurred because of serious shortcomings in economic governance in Greece, with a good deal of co-responsibility by EU institutions.

First up is a passionate call for action on Sturdyblog, called Democracy vs Mythology: The Battle in Syntagma Square. One quote:

from Hurriyet Dailynews by ISTANBUL- Hürriyet Daily News
The Greek parliament?s yes vote to a new measures package in a bid to convince international lenders for more loan has caused a big anger on the streets. It was only a blind lawmaker from the PM?s party so say ?no? to new austerities.

The Most Important 48 Hours In EU history? | ROARMAG

Amidst mass protests and an historic 48-hour strike, one ?no? vote by a Greek MP could tip Greece into bankruptcy and the world into global financial meltdown.

Just one week after the acquittal of fiery far-right politician Geert Wilders, the Dutch parliament struck another blow against multiculturalism in the Netherlands yesterday with the passage of a bill banning ritual animal slaughter. The bill requires that all animals be stunned before being slaughtered, a requirement that conflicts with halal and kosher stipulations that animals be fully conscious.

from Blogactiv by euromove
As the sun rises over central Athens those that have engulfed the Parliament building ponder their situation. They have been driven here by disappointment, desperation, even anger and the stark realisation that this is truly as bad as it gets. Their disenchantment has made them think the unthinkable and all of the sudden

Evaluation of the new austerity measures in Greece

Amid the chaos caused by conflicts between demonstrators and the police, 155 out of 300 Greek Members of Parliament approved a package of austerity measures, labeled ?medium-term programme?, which includes massive privatizations of state property, wage, pension and services cuts, in order to theoretically save 28bn euros. The medium-term programme was demanded by the creditors as a prerequisite for the next payment of the bailout, in mid-July.

from euro|topics
The Greek parliament pushed through strict austerity measures on Wednesday. The vote has freed the way for further financial aid from the EU and the IMF, but also sparked riots in Athens with more than a hundred casualties. Austerity alone is no solution, the press writes, and calls for a European economic policy to avoid future crises.

Market relief will be short lived over Greek debt

In an interview to Germany?s Focus magazine, that was published after July 2 meeting of the finance ministers of the euro zone who formally approved a further 12 billion euro bailout to Greece, Eurogroup chairman Jean-Claude Juncker said that ?Greek sovereignty will be massively limited?.

from open Democracy News Analysis – by Nick Malkoutzis
Examining the social and political impact of an unprecedented austerity programme
Just over a year ago, the European Union and the In­ternational Monetary Fund came together to create a 110-billion-euro financial rescue package for Greece, which thus became the first ever Eurozone member to be bailed out. This provided financial support to a coun­try that was teetering on the brink of bankruptcy and po­litical support to a government that faced a mountain of economic problems. Thirteen months later, however, se­rious questions are being asked about whether the social costs of the economic formula Greece has had to follow are too high and whether the EU?IMF loan memorandum adequately addresses the country?s particular structural weaknesses.

Europe’s demography: Are babies back?

from RAND: Latest Publications from RAND
An update to the RAND Europe 2004 study into the causes and consequences of low fertility in Europe analysing the latest data, reviewing recent literature, and examining the situation in Germany, Poland, Spain, Sweden and the UK in depth.

from RAND: Latest Publications from RAND
Recent statistics suggest that fertility in Europe shows signs of recovery after decades of year-on-year drops. This report updates a study on low fertility from 2004 and explores the extent, causes and consequences of the recent recovery.

TA: Farewell to the Euro?

from Project Syndicate by Hans-Werner Sinn
TA: Farewell to the Euro? It is time to face the fact that Europe?s peripheral countries have to become poorer. The only question is whether they will take the euro down as well.

from euro|topics
In presenting its budget plan on Wednesday evening, the EU Commission called for its own taxes to finance the EU budget. In future roughly ten percent of the value added tax imposed in the member states would flow directly to Brussels, along with a planned tax on financial transactions. This revolutionary undertaking will strengthen Brussels, some commentators write, while others see it as a way to conceal EU costs.

How attractive is the ‘French Model’? 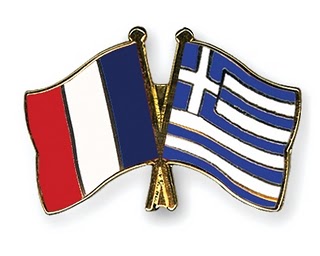 Apologies for the delay in getting our verdict on this plan out….

Can Italy Grow Its Way Out of Debt?

from A Fistful Of Euros » A Fistful Of Euros by Edward Hugh
What follows is simply a follow-up note to my earlier (Elephant in The Euro Room) piece on Italy. The decision by S&P to put Italian sovereign debt on negative outlook, and the subsequent announcement by Moody?s that it was considering a downgrade has been widely commented on by analysts, and it might be interesting to take a look at some of the views that have been advanced on either side of the argument (although for the detailed analysis see me earlier post). But first, a summary of the problem.

You call Greece a crisis? Try the U.S., says China

from Ideas on Europe by Jaanika Erne

Half dead half alive I am back home and to daily Internet access, and today also celebrates the first day of the Polish EU presidency at the time Jerzy Buzek being the president of the European Parliament and Janusz Lewandowski the commissioner for financial programming and budget.

Benchmarking the Digitization of Public Services in Europe

from RAND: Features: Featured Projects
The European Commission’s eGovernment benchmarking encourages excellence in government performance. The continuous collaboration of country representatives and the EC has created an atmosphere of friendly competition, shared learning, and benchmarked action amongst participants.

by Grahnlaw
Is there a difference between The Emperor’s New Clothes, by Hans Christian Andersen (see Wikipedia), and the conclusions by the European Council?

Yesterday, we saw that the June summit endorsed the country-specific recommendations approved by the Council and invited all Member States to reflect them in their national decisions as regards their budgets and structural reforms and to address the shortcomings revealed by this exercise.

from open Democracy News Analysis – by Giuseppe Lenzo
Beppe Grillo is by far the most original phenomenon of Italy?s immobile and inefficient politics. His personal biography is as compelling as the political ideas he propagates through his blog – the ninth most visited worldwide