Anonymous takes over as LulzSec sails off into sunset 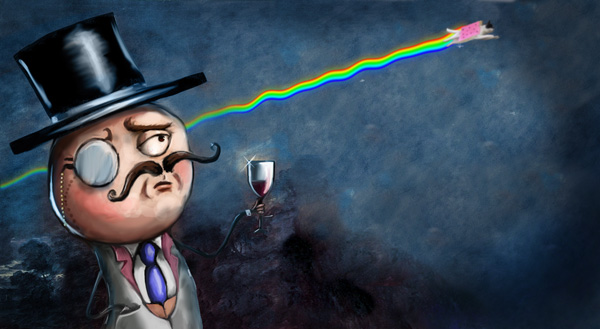 Illustration: Rob Beschizza.
As noted on Boing Boing over the weekend, LulzSec has called it quits, amid increasing efforts by the FBI and other agencies to track them down?and amid a steady stream of doxing and leaked IRC logs by hacker foes. One LulzSec member told the AP they weren’t quitting because of pressure from law enforcement, but because they were “bored.”

End of LulzSec May Not Mean End of Hacks

by Ethan
The weekend before MIT?s Center for Civic Media conference, I was at a family reunion with my wife?s family, in Bandera, Texas. And while my wife?s family was much more interested in our 18 month-old son than in my professional career, the fact that I was changing jobs was an opportunity for relatives to ask me what I?d be doing at MIT. Like a lot of folks in the audience, I don?t think most of my family has any idea what it is that I do for a living, aside from knowing it?s got something to do with computers. So I told people that I was coming to join the Center for Civic Media, which allowed them to ask the obvious ? and excellent question ? ?What the @&#^$%! is civic media?? (If you?d like to get the full effect, imagine the question delivered with a Texas drawl, after the speaker removes a cigar from his mouth.) 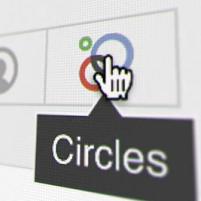 threat to Facebook posed by the Google+ project became a reality Tuesday with its official rollout ? or did it?

While reaction to the debut of Google+ was mixed, the consensus was that Mark Zuckerberg will still have a job when he wakes up Wednesday morning.

by Ethan
A note ? I?m waaaay behind on liveblogging because I?ve been on stage throughout much of the Civic Media conference. But I promise to catch up and post a set of notes on sessions yesterday and today, though possibly not until Monday.

by Ethan
This notes are an inaccurate as any of my liveblogging, and they?re late to boot. 🙂 Here are notes from our session Thursday morning at the Knight-Civic Media Conference.

from Docuticker
Source: Pew Internet & American Life Project From the report : The percent of U.S. adults with an e-book reader doubled from 6% to 12% between November 2010 and May 2011. Hispanic adults, adults younger than age 65, college graduates and those living in households with incomes of at least $75,000

Digital Learning and the Arab Spring

I?ve spent the past week at the iLab in Liberia and got what I came for: an updated reality check on the limitations of technology adoption in developing countries. Below are some of the assumptions that I took for granted. They?re perfectly obvious in hindsight and I?m annoyed at myself for not having realized their obviousness sooner. I?d be very interested in hearing from others about these and reading their lists. This need not be limited to one particular sector like ICT for Development (ICT4D) or Mobile Health (mHealth). Many of these assumptions have repercussions across multiple disciplines.

from The Official Google Blog by A Googler
Our Transparency Report discloses the information that governments have asked for over the past six months. For our latest batch of data, covering July through December 2010, we wanted to improve the way we give you the information, so we?ve updated the look of the report and added more details.

Behind the Social Media Scenes at NBC?s #TheVoice [EXCLUSIVE]

Ericsson: File-sharing Is a Symptom Not the Problem