The World Is Yours

The World Is Yours

The Cold Embrace of Fear [EP]

No Rest for the Wicked ~ Ozzy Osbourne 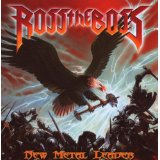 by Ross the Boss 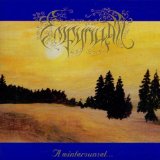 The Blues by Eric Clapton

Korpiklaani are a very prolific band. 2010 was the first year without a new full-length from the Finnish folksters since 2004. Their latest CD Ukon Wacka is another dose of rousing, up-tempo folk metal with tales of ancient Nordic myths and of course a drinking song or two. Frontman Jonne Jarvela fills us in on Korpiklaani’s new album, their recent experience on the 70,000 tons of metal cruise, making inroads in the U.S. and other subjects.

By Graham “Gruhamed” Hartmann In the spirit of Black Metal History Month, in this year of our Lord 2011, it’s only right that we acknowledge the enlightened souls who have made black metal so important. Of course by this I mean the artists who have committed incredibly hateful, violent and sacrilegious crimes, launching them to

Creators of horror movies and TV shows love using songs in the rock and metal genres. After all, a good electric guitar riff together with strange and mysterious lyrics goes hand in hand with a goosebump-inducing storyline. Here are some of the most famous rock & horror combinations used on screen: MOVIE: An American Werewolf in Paris, BAND: Bush An American Werewolf in Paris is a horror/thriller made in 1997. While it wasn?t appreciated much as werewolf movie among the viewers, the soundtrack was impressive. Bush?s song Mouth got a lot

By Atanamar Sunyata Black metal means many things to many people.  The longevity of the genre is due in no small part to the malleability of its musical tenets.  Misanthropy forms the dark heart of black metal’s ethos, while a predilection for speed, tremolo picked guitars, screeching vocals and bleak blastbeats serve as common aural …

The Enigma Of Life is the fifth full-length CD from the Norwegian gothic/symphonic metal band Sirenia, formed a decade ago by Morten Veland (Tristania). And for the first time in the band’s history, the same female vocalist appears on a second album. That vocalist is the Spanish singer Ailyn, who tells us about her experience recording the new CD, tour plans and road stories, her musical background and how she came to join the band and other topics.