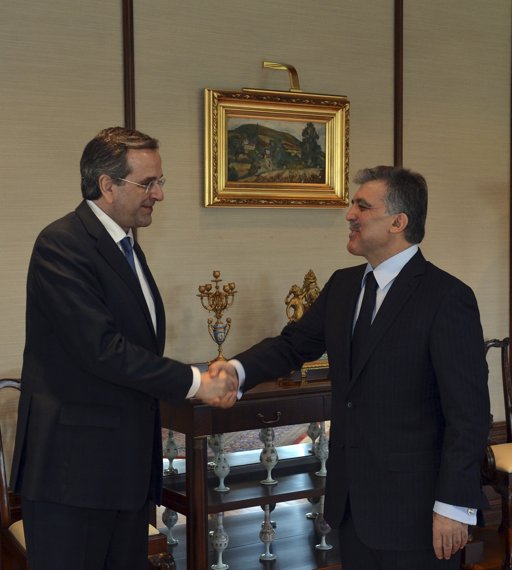 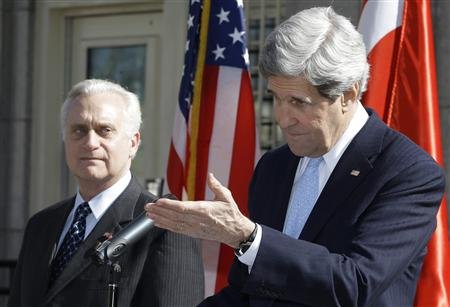 U.S. Ambassador to Turkey Francis Ricciardone listens as U.S. Secretary of State John Kerry speaks to the family of Mustafa Akarsu, a U.S. Embassy guard who was killed by a suicide bomb attack at the embassy, during a memorial ceremony for Akarsu at the embassy in Ankara, March 1, 2013. REUTERS/Jacquelyn Martin/Pool

US, Turkey divided on Israel after PM Erdoğan’s Zionism remarks

In Defence of Erdogan’s Freedom of Speech

I frequently use this blog as a medium to criticize Prime Minister Tayyip Erdogan in order to defend free speech, especially of Turkish journalists.

Trip could be overshadowed by row over Turkish prime minister’s comments that Zionism was a crime against humanity
The US secretary of state, John Kerry, will urge the Turkish prime minister to restore the country’s “frozen” relationship with Israel on Friday, on his first trip to a Muslim nation since taking office.

from Yahoo news
ANKARA, Mar 4: Turkish Foreign Minister Ahmet Davutoğlu on Sunday responded to the labeling of Turkey’s foreign policy as neo-Ottoman by asking why those who united European countries are not called ?neo-Romans

from Hurriyet Daily News
Turkey has come a long way in the past decade, but it still has a long way to go.

A Short History of The American Turkish Society

from Mavi Boncuk by M.A.M
On June 29, 1949, eight men gathered in New York to announce the establishment of The American Turkish Society. At the time, none of them could have guessed that it would last nearly six decades and boast so many success stories. The organization came to life at the end of a long and tumultuous decade that saw the end of World War II. The Society?s founding members were Selim Sarper, Ernest Jacks, Asa W. Jennings, Lewis R.Cohen, Charles R. Wylie and three Turkish representatives, ex-officio. These eight men knew the world was on the verge of a new horizon. In 1947 they had seen the Marshall Plan begin; in 1949, it was the North Atlantic Treaty Organization (NATO). Clearly a better relationship between Turkey and the U.S. would benefit both nations